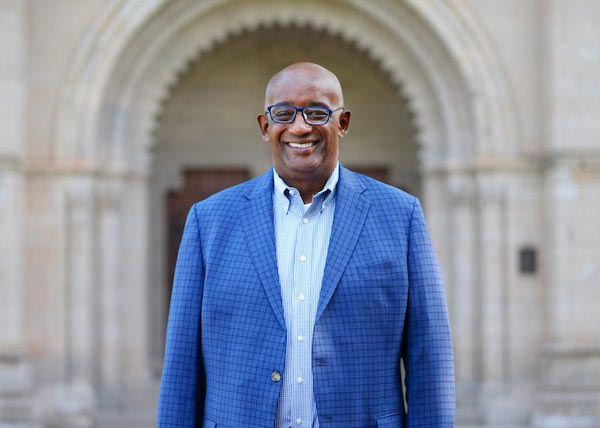 Growing up in Clarksville, Tennessee, Dr. Mike Edmonds brought home awards in statewide forensics and foreign language competitions and was a delegate to Tennessee’s Boy’s State Leadership Conference in high school.  He holds a Bachelor of Arts in speech and theatre (1984), a Master’s (1985), and PhD. (1990) in education from the University of Mississippi.  As an undergraduate he was inducted into the Hall of Fame in 1984, was a member of Omicron Delta Kappa honorary fraternity, the Associated Student Body cabinet, and the Forensics Team. After graduation Mike served as assistant dean of students and adjunct professor of theatre arts then completed a post-graduate institute at Harvard University.

Dr. Edmonds joined the faculty at Colorado College in 1991, where he is currently a Vice President of Student Life and Dean of Students and Executive in Residence in the Economics and Business Department. He is passionate about young people, working closely with many student groups to help inspire and develop the next generation.

Mike has been honored with the Educator of the Year Award from the Urban League of the Pikes Peak Region; the national St. George Award from the American Cancer Society; the inaugural Lifetime Achievement Award from the National Forensic League; the MLK award from James Logan High school in Union City, CA; the Delores Taylor Arthur Award from Holy Cross High School in New Orleans; the Men of Achievement award from Delta Sigma Theta; and the Citizen of the Year Award from Omega Psi Phi. He was the recipient and awardee of the Uplift Community Foundation’s support in 2015. For his work in speech and forensics, Mike has been recognized with the National Speech and Debate Association’s Lifetime Achievement Award, and inducted into the Gold Key Society at Emory University. He is a member of the North Central Institution Action Committee of the Higher Learning Commission, and serves as a peer reviewer for accreditation visits. At Colorado College, Mike has been recognized with the Colorado College Center for Service and Learning Award; the Victor Nelson Cisneros Diversity Award; and the 2011 Gresham Riley Award for outstanding service.

At UM, Mike established the Dr. Mike L. Edmonds Endowed Fund in memory of his mother, Hattie Mae Edmonds.  At the opening of the gallery in her name to exhibit folk art at the UM Museum Mike said, “She taught her children to admire and treasure the beauty of the South, family, friends, struggle, joy and nature. My mother never had the chance to go to college but valued and loved education so much.” He is a member of the Lott Leadership Institute Trustees, and has donated funds to renovate a study space for biology students in Shoemaker Hall, and establish a research award program for junior faculty in the College of Liberal Arts.

“Ole Miss means so much to me and provided such a wealth of opportunity.  I’m excited to be able to see those same opportunities being created for current students.”