Survival of the Weakest 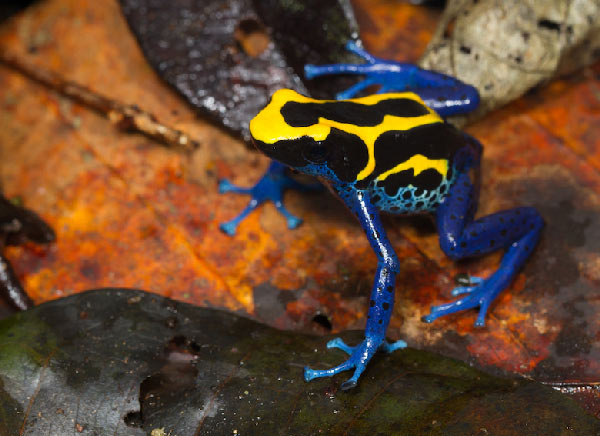 When he was a teenager in south Florida, Brice Noonan discovered a new love that ultimately shaped the course of his life.

“I became enamored of frogs in high school,” said Noonan, an associate professor in the Department of Biology.

His fascination increased when he learned about a specific species of South American frogs:  poison dart frogs, so called because several indigenous peoples have used them to tip blowgun darts.  The frog secretes a life-threatening bitter poison as its natural defense.

Noonan discovered a store near his childhood home that imported reptiles and amphibians, including poison dart frogs, so he had a ready supply to study.

Decades later, his homespun investigations evolved into the scientific article, “Weak Warning Signals Can Persist in the Absence of Gene Flow,” published earlier this month in Proceedings of the National Academy of Sciences (PNAS).  The study was featured last Thursday in the New York Times.

“There are several variations of this species of poison dart frog, and they have different colorations,” said Noonan.  “Most are blue and black with bright yellow markings, but some populations of the same species have white stripes instead of yellow ones.  That type of variation within a species is incredibly rare. It was a conundrum as to why the species was so variable.” 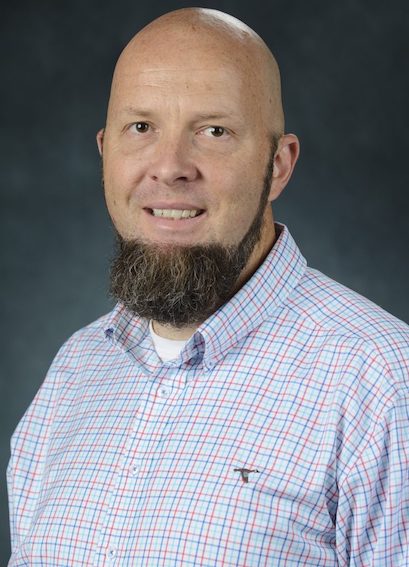 The answer was unexpected. The yellow-marked frogs have a stronger poison than their white-striped counterparts.  Their predators, chiefly birds, spot the brilliant yellow from afar and know to stay away. Yellow reads as “danger.”

The white-striped frogs have a less potent toxin, which would seemingly make them more vulnerable to the same predators—but they’re not.

“These frogs live close to the bold and ostentatious yellow frogs, but not among them—about five miles away,” said Noonan. “But they are harder to detect and far less recognizable to birds.  Birds are more afraid of something they’ve never seen than something that they’ve tried that has toxins. So, they stay away.”

Noonan’s research, funded by the Centre National de la Recherche Scientifique (France), was a collaboration with a nine-member international team that was led by one of his former students, J.P. Lawrence. Now a postdoctoral researcher at the University of California at Irvine, Lawrence served as the lead author on the PNAS article.

Noonan is dedicated to mentoring not only graduate students but also undergraduates. He teaches a section of UM’s introductory biology class as well as upper-level courses. During the upcoming winter session, he will teach a course in the Caribbean for UM students.

“I’ve loved reptiles and amphibians since I was a little kid,” he said. “Then, when I was at a community college in south Florida, I discovered scientific journal articles, which changed my life.”