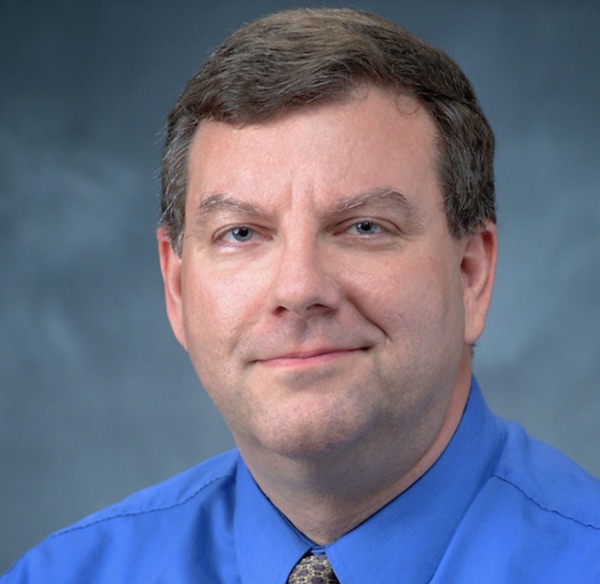 Donald L. Dyer is the new associate dean for faculty and academic affairs for the College of Liberal Arts.

Donald L. Dyer, longtime University of Mississippi professor and chair of modern languages, has been promoted to associate dean for faculty and academic affairs in the College of Liberal Arts.

Dyer, who began teaching at UM in 1988, assumed his new role at the beginning of the spring semester. He has been a professor of Russian and linguistics, as well as honors classes, while leading the Department of Modern Languages. He has a bachelor’s degree in Russian from the University of North Carolina, as well as master’s and doctoral degrees in Slavic languages from the University of Chicago.

He plans to continue teaching Honors 101 and 102 and an occasional linguistics course in his new position.

“After 12 wonderful years as chair of the Department of Modern Languages, I look forward to working with colleagues in the office of the dean of the College of Liberal Arts and to being part of its continued success,” Dyer said. “I am particularly excited about developing strengthened relationships with the department chairs and faculty in the college and helping them confront the challenges they face.”

His research interests include Slavic and Balkan linguistics, Bulgarian and the Romanian of Moldova, as well as languages in contact. He has written or edited nine books and more than 25 journal articles on these topics. Dyer is editor of the journal Balkanistica and co-editor of Romance Monographs.

He serves as co-director of the university’s Chinese Language Flagship Program. He is also a member of the UM Strategic Planning Council and active with UM chapters of Phi Beta Kappa and Phi Kappa Phi. He is also vice president of the Bulgarian Studies Association.

Dyer has been the recipient of a number of awards for teaching, research and service during his time at UM. In 1992, he was awarded the Liberal Arts Outstanding Professor of the Year, and in 2004, he received the Mississippi Humanities Council Humanities Teacher of the Year.

He received the Nolan B. Shepard International Service Award in 2011 and in 2014 was recognized with the Mississippi Foreign Language Association Award of Distinction. In 2014, Dyer was recognized as the 17th Kenneth E. Naylor Memorial Lecturer in South Slavic Linguistics and in 2015 was given the title of Friend of CARTA Award by the Central American Russian Teachers Association.

The College of Liberal Arts is fortunate to add Dyer to its leadership team because of his great experience and professional success, said Lee M. Cohen, the dean of the College.

“Dr. Dyer brings a great deal of administrative experience with him to this position,” Cohen said. “Most importantly, he has been a successful chair for modern languages for over a decade and knows very well the demands being placed on our departments.

“The Department of Modern Languages flourished under his leadership, and I hope he can help us to enable all our departments to flourish moving forward.”