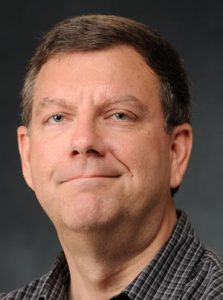 Dr. Donald L. Dyer is Associate Dean for Faculty and Academic Affairs in the College of Liberal Arts and Distinguished Professor of Modern Languages in the Department of Modern Languages at the University of Mississippi, where he has been teaching for the past 33 years. In his capacity as associate dean he oversees matters involving faculty and department chairs in the College of Liberal Arts to include promotion and tenuring, research, graduate education, committee assignments and governance, teaching and research awards, international students and faculty, interdisciplinary minors and programs, and assessment.

Dr. Dyer’s research interests include Slavic and Balkan linguistics, Bulgarian and the Romanian of Moldova, as well as languages in contact, and he has authored or edited over thirty-five books or volumes and over fifty journal articles. His books include Word Order in the Simple Bulgarian Sentence: A Study in Grammar, Semantics and Pragmatics (1992), The Romanian Dialect of Moldova: A Study in Language and Politics (1999), Of All the Slavs My Favorites: Studies in South Slavic and Balkan Linguistics in Honor of Howard I. Aronson on the Occasion of His 66th Birthday [co-editor with Victor A. Friedman] (2002), The Bill Question: Contributions to the Study of Linguistics and Languages in Honor of Bill J. Darden on the Occasion of His Sixty-Sixth Birthday [co-editor with Howard I. Aronson, Victor A. Friedman, Daniela S. Hristova and Jerrold M. Sadock] (2006), and Од Чикаго и назад: Papers to Honor Victor A. Friedman on the Occasion of His Retirement [co-editor with Brian D. Joseph and Christina E. Kramer] (2015).

In 2014, Dr. Dyer was recognized for his work as the 17th Kenneth E. Naylor Memorial Lecturer in South Slavic and Balkan Linguistics. He is currently editor of the journal Balkanistica and co-editor of Romance Monographs. He also serves as co-director of the University of Mississippi’s Chinese Language Flagship Program and Arabic Language Flagship Program. His service activities on campus include membership on the University’s Strategic Planning Council and the Committee on Internationalization as well as in its chapters of Phi Beta Kappa and Phi Kappa Phi. In 1992, he received the Liberal Arts Outstanding Professor of the Year in recognition of his teaching. In 2004, he received the Mississippi Humanities Council’s Humanities Teacher of the Year at the University of Mississippi; in 2011, he received the UM Nolan E. Shepard International Service Award; and in 2017, he received the UM Thomas F. Frist, Sr. Student Service Award. In 2018, he was named one of UM’s inaugural Distinguished Professors.