Generous gift ensures awards to be given in perpetuity 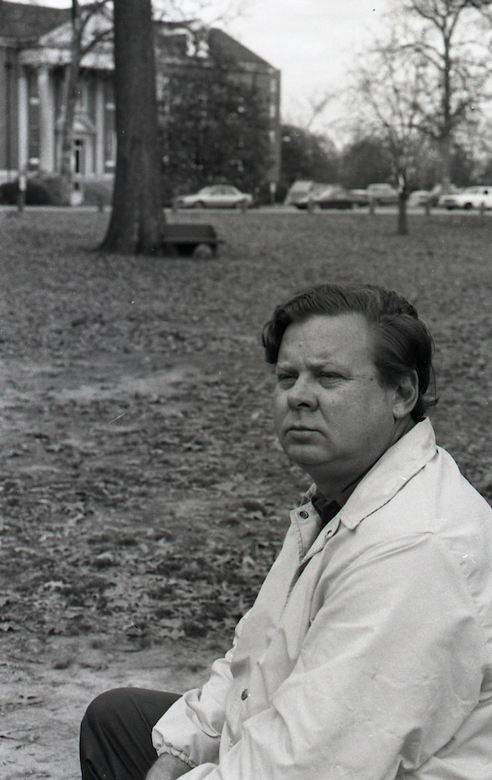 A generous New England-based couple with deep roots in the South, aware of the close relationship between a late-great Mississippi author and the Oxford community, is moving the celebrated Willie Morris Awards for Southern Writing from New York City to the University of Mississippi.

With their $3 million gift to the UM Department of Writing and Rhetoric, Reba White Williams and Dave Williams have established an endowment to oversee administration of the awards.

“From a state known for producing star-studded literary talent, Willie Morris remains a legendary Mississippi author, journalist and teacher more than two decades after his death,” Chancellor Glenn Boyce said of the Williams’ desire to establish the endowment.

“We are honored by Reba and Dave’s gift, and we are grateful that they entrusted the University of Mississippi to serve as the steward for this literary prize. We are committed to taking this award to new heights and growing the legacies created by the Williamses and Willie Morris.”

With UM being the new home for these prestigious awards, the department is moving quickly to ensure a seamless transition takes place, from the nomination and review process to hosting the annual awards each fall, said Stephen Monroe, chair of the Department of Writing and Rhetoric.

“We will proudly carry on this wonderful tradition, which celebrates contemporary writing in the South and which honors Willie Morris, one of the best editors and writers to ever come from Mississippi,” Monroe said.

A colorful, renowned and respected editor and author from Yazoo City, Morris was a writer-in-residence and instructor at UM from 1980 to 1991. The youngest editor ever to lead Harper’s Magazine, he also found great success as a writer, especially with his nonfiction works such as “North Toward Home,” “My Dog Skip” and “The Courting of Marcus Dupree.”

The donors, who live in Connecticut but originally hail from Mississippi and Texas, respectively, created the awards in 2008 to promote Southern writers, especially contemporary ones, while also preserving the life and legacy of Morris, their longtime family friend.

“Reba and I are very pleased that Ole Miss is taking over something we hold dear,” Dave Williams said. “When we visited Oxford last spring, we were favorably impressed by the town, the department, the beauty of campus and the enthusiasm of the leadership of the university. We think the awards have found a happy home.”

To ensure that the awards can be given in perpetuity, the Williamses established the Reba White Williams and Dave Williams Endowment with their gift. The endowment provides the department with financial resources necessary to administer the awards well into the future.

“While the Department of Writing and Rhetoric is the leader on this project, we plan to involve faculty and friends from across our community,” Monroe said.

A local advisory board is being formed and already includes Richard Howorth from Square Books, Derrick Harriell from the Department of English, Jimmy Thomas from the Center for the Study of Southern Culture, Curtis Wilkie from the Overby Center for Southern Journalism and Politics, Larry Sparks from the Office of Finance and Administration, Jennifer Ford from the UM Libraries, and David Crews from the U.S. District Court in Oxford. 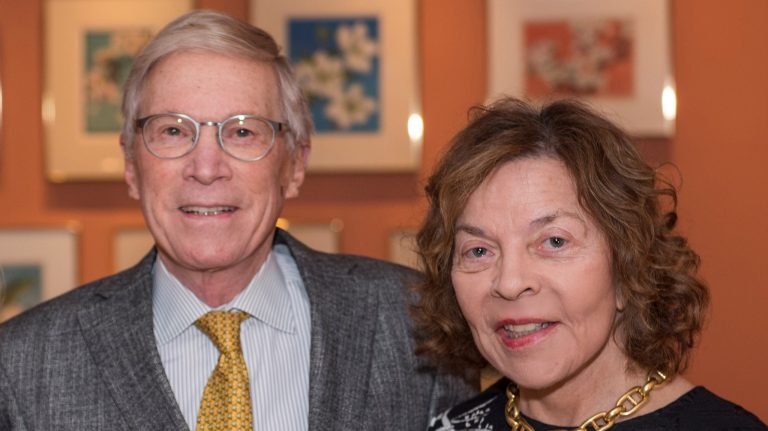 Dave and Reba White Williams have established a $3 million endowment to oversee the University of Mississippi’s administration of the Willie Morris Awards for Southern Writing. Submitted photo

“Willie Morris always befriended and encouraged emerging writers,” Crews said. “It is especially fitting that Dave and Reba Williams have continued Willie’s tradition of encouragement through these awards. At least one of the writers Willie mentored went on to win the Pulitzer Prize for fiction. Perhaps a winner of the Willie Morris Award will one day do the same.

“It is equally fitting that this award was begun in New York, where Willie first gained fame, and now comes home to Mississippi, where his journey began and continues through his words and this award.”

Lee M. Cohen, dean of the College of Liberal Arts, applauded the news of this gift.

“Being home to the Willie Morris Awards for Southern Writing will enhance our community’s widely established reputation as the ‘literary center of the South,’” Cohen said. “We are extremely grateful to Dave and Reba for their tremendous generosity.”

Monroe agreed, “Dave and Reba have strengthened the Department of Writing and Rhetoric, which is a dynamic place with an exemplary faculty. Our mission is to serve the entire university and the greater community, and these awards further that mission. We are grateful.”

The Morris Awards ceremony that will be held in the community every fall adds to a lineup of annual compelling literary-themed events that includes the Oxford Conference for the Book, Southern Writers/Southern Writing Graduate Conference and the Faulkner and Yoknapatawpha Conference.

The recipient of the Willie Morris Award for Southern Fiction receives $10,000 and an expense-paid trip to the awards ceremony in Oxford. The prize will be awarded to the author of a book chosen for its prose, originality, sense of place and period, and the authenticity and appeal of its characters.

Details about the 2020 ceremony will be announced later this year.

The endowment is open to support from businesses, organizations, individuals and others. Gifts can be made to the Reba White Williams and Dave Williams Endowment by sending a check, with the fund’s name noted on the memo line, to the University of Mississippi Foundation, 406 University Ave., Oxford, MS 38655, or https://give.olemiss.edu.

For more information, contact Denson Hollis, executive director of development for principal gifts, at 662-915-5092 or dhollis@olemiss.edu.