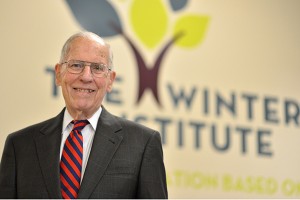 A University of Mississippi film that chronicles former Gov. William Winter’s role as a leader in education reform, economic development and racial reconciliation has won an Emmy for best historical documentary by the National Academy of Television Arts and Sciences.

“The Toughest Job: William Winter’s Mississippi” was made by Matthew Graves, a filmmaker at the Southern Documentary Project, an institute of the UM Center for the Study of Southern Culture. Winners of the 2015 Southeast Emmy Awards were announced Saturday (June 6) in Atlanta.

Utilizing materials from the Mississippi Department of Archives and History and interviews with Winter, Elise Winter, Vernon Jordan, Dick Molpus, Myrlie Evers-Williams, Ray Mabus, Reuben V. Anderson, Charles Overby, President Bill Clinton and others, the film examines the political life and policy accomplishments of one of Mississippi’s most progressive leaders.

“It’s been a remarkable challenge attempting to condense a whole life’s worth of passion, bitter defeats, and momentous victories into an hourlong documentary but I feel very satisfied with what we’ve created,” Graves said. “To me, it’s a thrilling story of perseverance and leadership and is truly a testament to what is possible in this state.” 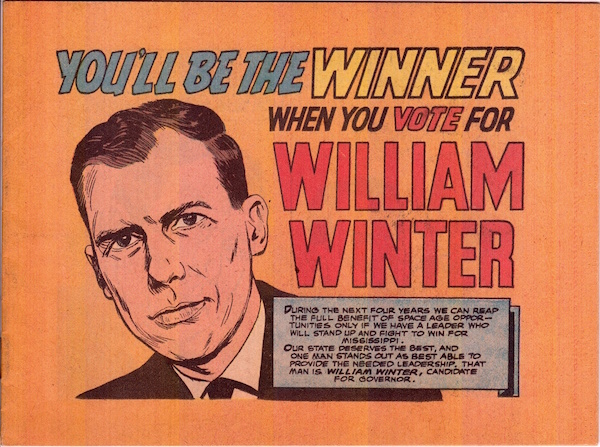 Winter, born in Grenada in 1923, earned his bachelor’s (BA history and political science ’43) and law degrees from UM. He entered politics in 1947 when he was elected to the Mississippi House of Representatives. He served as state tax collector and state treasurer before serving as governor from 1980 to 1984. He was also appointed to then-President Bill Clinton’s advisory board on race.

UM is home to the William Winter Institute for Racial Reconciliation. Founded in 1999, the institute “builds more inclusive communities by promoting diversity and citizenship and by supporting projects that help communities solve local challenges.”

Andy Mullins, a fixture in Mississippi education circles for decades, praised his longtime friend’s leadership and dedication. Mullins, assistant director of the Mississippi Teacher Corps at UM, served as chief of staff or special assistant to former UM chancellors Gerald Turner and Robert Khayat, as well as chief of staff to Chancellor Dan Jones, and worked with Winter over the years.

“William Winter is and has been for seven decades the quintessential leader,” Mullins said. “During his long life of service, he has had all the qualities a leader needed to be successful in a state like Mississippi. The main attribute that he had to have that politicians often find daunting was courage. He put his political career on the line for the sake of Mississippi’s children.”

“I think it is vitally important that we document the stories of leaders like William Winter,” Harper said. “Gov. Winter felt a moral obligation to provide all Mississippians an adequate education and he worked tirelessly towards that end. It is our obligation to tell his story.”

The film, executive produced by Harper and David Crews, had its broadcast premiere in October 2014 on Mississippi Public Broadcasting. It has since been screened at the Clinton Presidential Library in Little Rock, Arkansas, the Newseum in Washington, D.C., and at the Overby Center for Journalism and Politics at UM.