Members of The Mississippians recall ‘trip of a lifetime’ to Europe 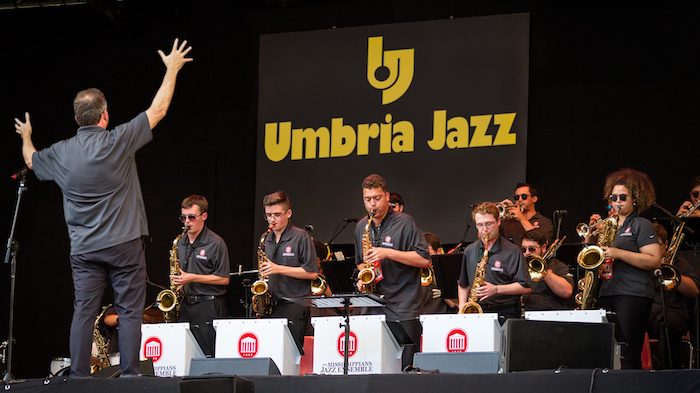 The Mississippians perform at the Umbria Jazz Festival this summer in Perugia, Italy, as part of the group’s European tour. The group includes (from left) Asher Mitchell, Tyler Hewett, Christopher Scott, Ryne Anderson and Courtney Wells on saxophone. Submitted photo

The Mississippians, the University of Mississippi’s jazz ensemble, performed overseas for the first time this summer in Europe.

The 19 musicians of The Mississippians had an opportunity to play in Antibes, France, as well as the Italian cities of Genoa, Santa Margherita, Perugia and Rome while they traveled from July 14 to 23. Before this summer, they had traveled to the Jazz Education Network’s National Conference in Louisville, Kentucky, in 2012 and the Notre Dame Collegiate Jazz Festival in 2016.

Michael Worthy, director of The Mississippians and an associate professor of music, felt that the next achievement was to do a performance outside the United States.

“It was a significant achievement for the band to be selected to perform on these festivals, and each individual made important musical contributions,” he said. “The performances and the cultural and culinary experiences were incredible. It was the trip of a lifetime for many of us.”

The musicians loved sharing the music that began in the region of their home with others from around the world.

“The most enjoyable part about it was just taking the jazz music that started here … and sharing that with the people of Europe,” said Ryne Anderson, a senior saxophone player from Purvis. “They’ve listened to jazz for decades and decades, but it still originated here. It’s our music.”

While on the trip, they also opened up to the culture of Europe.

“We fully delve into the cuisine and culture,” said Courtney Wells, a senior baritone saxophone player from Philadelphia. “We eventually even learned language along the way.”

They were also slated for a performance at Nice, France, as well, which included opening for Earth, Wind and Fire, but it got rained out. 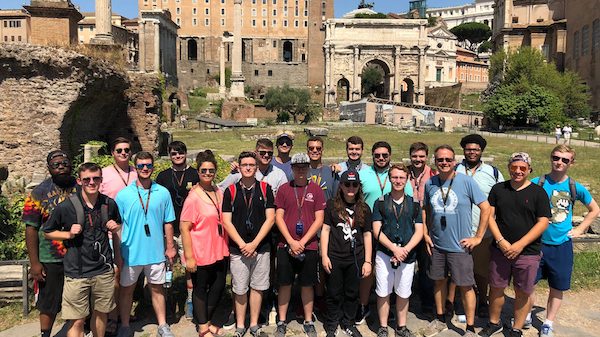 Many of the students enjoyed the performance at the Umbria Jazz Festival in Perugia the most. What made it so memorable is how the audience reacted to the music and danced to it, as well.

“The crowd was really into it,” Wells said. “When you get feedback from the audience, you really dive into it and enjoy it yourself. It was a night to remember.”

“It was great to have such an involved crowd,” said Jesse Gibens, a junior trumpet player from Ripley.

The experiences and memories they made while performing their music across Europe made the students realize how deserving they were of this occasion, Gibens said.

“We think of ourselves just as The Mississippians for the University of Mississippi, but when you’re performing on stage like that with other artists and bands with such name recognition, it makes you think, ‘Hey, we are important,’” he said. “We’re worthy of this opportunity.”