Initiative of W.K. Kellogg Foundation includes more than 130 organizations across the country 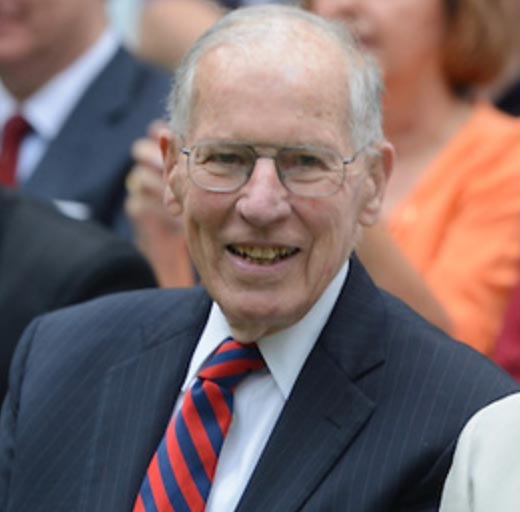 The William Winter Institute for Racial Reconciliation at the University of Mississippi is collaborating with the W. K. Kellogg Foundation and more than 130 organizations for a National Day of Racial Healing on Tuesday (Jan. 17).

The observance is an effort to heal wounds created by racial, ethnic and religious bias and build an equitable and just society where all children can thrive.

“We have to be truthful when looking at ourselves as individuals and as a nation,” said Portia Espy, the Winter Institute’s director of community building. “Although we’ve made positive strides in the area of race relations, there is still a deep divide in this country, one that if we’re not careful will become even deeper; undoing the good work that has been done.

“We each have to take responsibility in playing our individual and collective parts in bridging the divide and bringing us together as one. The National Day of Racial Healing is intended to call attention to this need and to kick off an ongoing effort to bring the healing that many in our nation are calling for.”

In the next few weeks, the Kellogg Foundation and its Truth, Racial Healing & Transformation colla­borating organizations will carry out a variety of events to mark the first-ever National Day of Racial Healing. The TRHT community, corporate and nonprofit partners represent a collective network of nearly 300 million Americans.

One of the Winter Institute’s most powerful tools is the Welcome Table and its story circles, which build trust and understanding among participants. The institute has developed a toolkit that individuals can use to lead story circle sessions in their communities as part of National Day of Racial Healing events. The toolkit can be accessed at http://winterinstitute.org/national-day-healing-toolkit/.

Communities are encouraged to share their TRHT efforts, on Jan. 17 and afterward, by posting photos and statements on social media using the hashtag #mississippihealing.

“Communities, organizations and individuals are being asked to acknowledge that there are still deep racial divisions in America that must be overcome,” said Gail Christopher, senior adviser and vice president for TRHT at the Kellogg Foundation. “We have to come together to heal and commit to truth telling, engaging representatives from all racial, ethnic, religious and identity groups in genuine efforts to increase understandi­ng, communication, caring and respect for one another.”

The W.K. Kellogg Foundation, founded in 1930 as an independent, private foundation by breakfast cereal pioneer, Will Keith Kellogg, is among the largest philanthropic foundations in the United States. Guided by the belief that all children should have equal opportunities to thrive, WKKF works with communities to create conditions for vulnerable children so they can realize their full potential in school, work and life.

Based in Battle Creek, Michigan, the foundation works throughout the United States and internationally, as well as with sovereign tribes. Special emphasis is paid to priority places where there are high concentrations of poverty and where children face significant barriers to success. WKKF priority places in the U.S. are in Michigan, Mississippi, New Mexico and New Orleans.

For more information about the Winter Institute’s National Day of Healing, email Portia Espy at portia@winterinstitute.org.