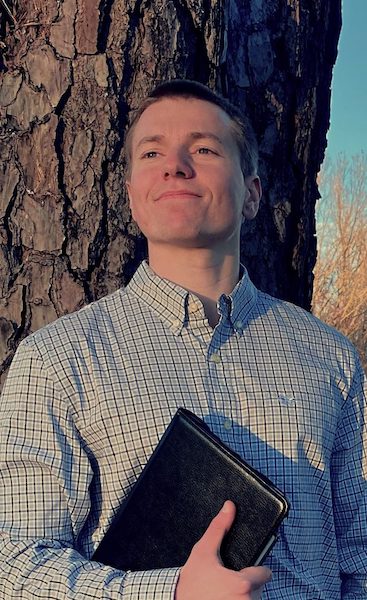 Austin Wallace, of Southaven, has been involved in computational chemistry research with UM professor Ryan Fortenberry. The 2021 Goldwater Scholar hopes to become a researcher at a national research laboratory. Submitted photo

The Goldwater is one of the oldest and most prestigious national scholarships in the natural sciences, engineering and mathematics in the United States. It identifies and supports exceptional sophomores and juniors who show promise of becoming the nation’s next generation of research leaders in these fields.

Dean Douglass Sullivan-González said the Honors College is proud of Li and Wallace for their accomplishments as citizens and scholars.

“Austin and Qing have poured their undergraduate careers into laboratories, seeking answers to fundamental questions at an astonishing young age,” he said. “Both have committed themselves to the task of unleashing their imagination in a very disciplined way to help advance knowledge and understanding in the world of science.

“The Goldwater scholarship acknowledges their national success. I want also to affirm that our professors make these moments possible with their investments in our students. We could not do it without them.”

Each of the students said receiving the scholarship means a great deal.

“Being selected to receive the Goldwater is a major accomplishment for me and is a critical moment in both my research journey in chemistry and my professional development,” Li said.

Wallace has been involved in computational chemistry research with Ryan Fortenberry, associate professor of chemistry and biochemistry. He presented his first project on carbonic acid clusters as a poster at the Southeastern Undergraduate Research Conference 2020. The manuscript of this work has been submitted to The Journal of Physical Chemistry A.

“I am ecstatic to receive this award, since it provides support for my future career goals in research,” Wallace said. “My end goal is to become a researcher at a national research laboratory.” Wallace’s research with Fortenberry includes developing a data analysis program called 0nset, which will enhance the way in which experimental data can be interpreted. Wallace’s research also uses quantum chemistry to study clusters of small, organic molecules, such as carbonic acid, to probe the earliest possible molecular origins of life.

“The 0nset work has been published in the Journal of Quantitative Spectroscopy and Radiative Transfer in February,” Wallace said. “The program was developed in collaboration with Dr. Jared Delcamp’s research group, which focuses on developing dye-sensitized solar cells.” Delcamp’s group needed a truly analytical measure of how molecules interact with light, and Wallace provided this with 0nset. 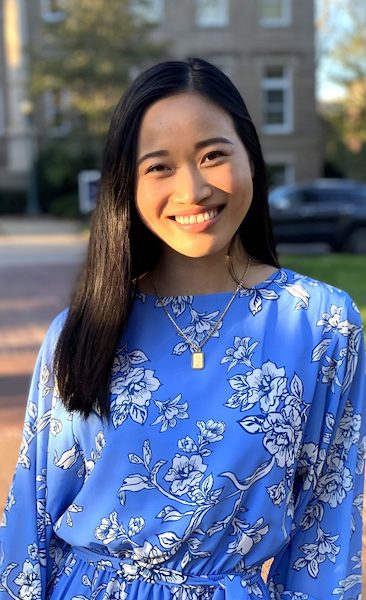 Qing Ivy Li, of Oxford, has earned a 2021 Goldwater Scholarship for her work at the University of Mississippi. She is looking aheead to graduate school and hopes to someday lead her own research group at a national laboratory that focuses on renewable energy. Submitted photo

Li is a part of Delcamp’s research group, where she has conducted research since her freshman year. Her research has focused on understanding long-lived, high-energy charge separation triggered by light.

Understanding light-induced charge separations is critical to a number of applications, from night vision devices and synthetic fuels to pharmaceutical drug synthesis. Li helped with the design, synthesis and characterization of a variety of organic dyes, which are responsible for the color of a compound.

“My immediate plans are to finish my undergraduate degree and continue my chemistry research endeavors as a graduate student at an R1 university,” Li said. “In the future, I want to lead my own research group at a national laboratory that focuses on designing, synthesizing and applying novel organic molecules for renewable energy purposes.”

Li’s work on pyridyl-based CO2 sensors is published in ACS Omega and her work on the effects of halogen bonding on interfacial electron transfers is undergoing revisions with Angewandte Chemie International Edition.

She also has presented her research at the 2019 UM Research Experiences for Undergraduates Symposium, the Gulf Water Sensors meeting at the University of Alabama at Birmingham, the Feeding and Powering the World Conference and at the Southeastern Undergraduate Research Conference, where Wallace also was a presenter.

Greg Tschumper, chair and professor of chemistry, said it is truly exceptional when multiple students from the same program receive Goldwater scholarships the same year, noting that the Department of Chemistry and Biochemistry has done just that two years in a row.

“We are truly honored to have the work of Ivy and Austin recognized at the national level,” he said. “They have taken their passion for and dedication to science beyond the classroom and into the research lab.

“These accomplishments speak volumes about not only the exceptional quality our students and faculty but also the research they are conducting together at Ole Miss.”

Along with the recognition of being named a Goldwater scholar, selected students also receive $7,500.

Last year, the Barry Goldwater Scholarship and Excellence in Education Foundation received 1,300 applications and awarded 250 scholarships. For the 2021 competition, more than 5,000 applications were submitted from 438 academic institutions, with 410 students being named Goldwater scholars.