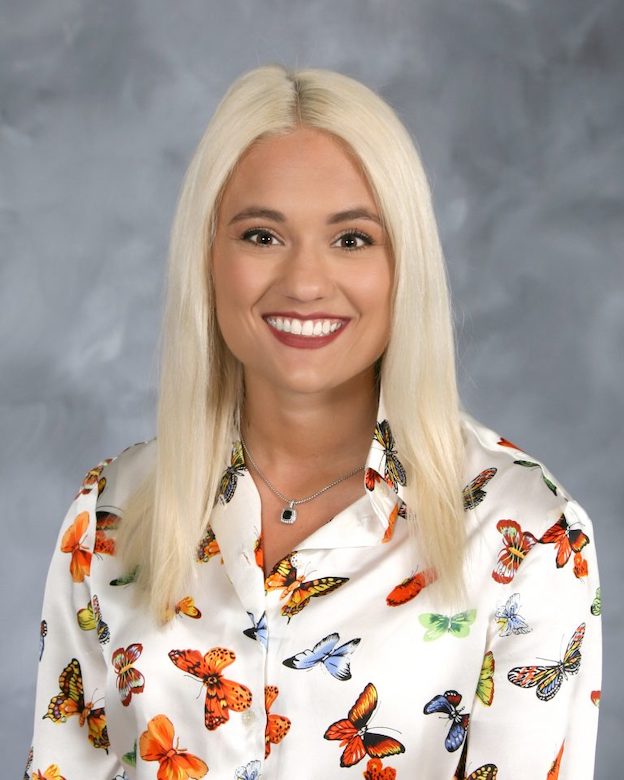 A University of Mississippi senior in the Sally McDonnell Barksdale Honors College has been awarded a prestigious scholarship from the National Collegiate Honors Council.

Kennedy Dickson, a forensic chemistry major from Whittier, California, has been named a 2019 NCHC Portz Scholar. She is one of three recipients nationwide and will present her honors thesis, “Cannabinoid Conundrum: A Study of Anti-Epileptic Efficacy and Drug Policy,” in November at the NCHC conference in New Orleans.

“I was thrilled to learn that other people outside of Ole Miss thought my research was important and interesting,” Dickson said. “I am honored to be able to represent Ole Miss and the Sally McDonnell Barksdale Honors College this fall.”

The focus of the first part of Dickson’s thesis was to validate the efficacy of cannabidiol, known as CBD, a nonpsychoactive chemical in the cannabis plant, in the treatment of Dravet syndrome, an intractable form of epilepsy. The legal section of her thesis focused on describing the central issues surrounding marijuana legality as well as providing potential policy reform options as advocacy for legislative change.

“The model we used to conduct this research were zebrafish with the same gene mutation that occurs in 80 percent of Dravet syndrome patients,” Dickson said. “The gene causes the zebrafish to have phenotypically similar seizures to human patients.”

This fall, Dickson will continue studying cannabinoids with Kristie Willett, chair of the Department of BioMolecular Sciences and professor of pharmacology and environmental toxicology. Willett served as adviser for Dickson’s honors thesis.

“Kennedy’s honors research culminated in essentially what could have easily been considered two complete theses,” said Willett, who met Dickson when she enrolled in Willett’s Introduction to Toxicology class two years ago. “I was thrilled when she was selected to be the UM nominee, knowing how many outstanding honors theses are written each year by our own students.”

Dickson said she thinks her thesis will be of interest to the general public because many questions and concerns surround marijuana use for both therapeutic and recreational purposes.

“Marijuana policy is convoluted, with inconsistencies between state and federal law,” she said. “My goal with this thesis was to demonstrate the therapeutic potential of the drug, as well as to describe its complicated legal status.”

Dickson recently worked as a summer forensic science intern for the Orange County Crime Laboratory in California. Her duties included job-shadowing the analysts in all sections of the laboratory, including controlled substances, firearms and DNA.

She also completed her own research that compared two analytical techniques for detecting opioids in blood samples.

“With growing concern of opioid use and misuse in the United States, the lab wanted additional validation that their analytical techniques could accurately detect opioids at low concentration in case blood samples,” she said.

“I expanded my knowledge of the role of chemistry in a legal context. As an intern, I was able to attend court hearings with the analysts and watch them serve as expert witnesses for various DUID (driving under the influence of drugs) cases.”

Dickson, who graduates in December, has begun the law school admissions process and hopes to study intellectual property, patent law and bioethics. Her long-term goal is to be an attorney and focus on drug patents and policy.