Team gets $591,000 grant to make crude production safer for the environment 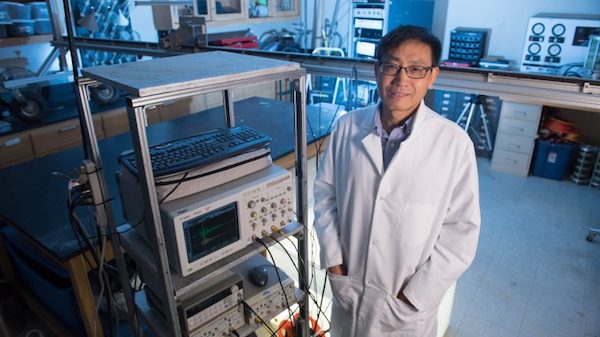 Snaking beneath the waters of the Gulf of Mexico are thousands of miles of pipelines carrying oil and natural gas from offshore wells. They carry the fuel that keeps the American economy rolling, with Gulf production accounting for 17 percent of total U.S. crude oil production and 5 percent of total U.S. dry natural gas production, according to the U.S. Energy Information Administration.

Even with safety protocols in place, though, a grave threat to offshore oil and gas operations is the leakage of hydrocarbons – a chief component of oil and natural gas – and the resulting damage to human health and safety, the environment and infrastructure.

Most recently, in October, an oil pipe fractured in the Gulf about 40 miles southeast of Venice, Louisiana, releasing between 7,950 and 9,350 barrels of oil before being halted. And, in 2010, the Deepwater Horizon spill leaked more than 3 million barrels into the Gulf.

“Oil exploration in the Gulf brings new economic development opportunities but also brings risks,” said Josh Gladden, University of Mississippi interim vice chancellor for research and sponsored programs. “The University of Mississippi has developed expertise in a number of areas, from engineering and sensing technologies to Biosystems, that can be brought to bear to minimize these risks and mitigate the impact.”

With that in mind, a team of UM researchers is working on technology that could quickly detect, locate and characterize these undersea hydrocarbon leakages in offshore deep-water oil and gas production in the Gulf of Mexico.

Last week, the trio of scientists received a $591,000 grant from the Gulf Research Program of the National Academies of Sciences, Engineering, and Medicine to assist in their research.

The research is focused on utilizing acoustic technologies to develop a functional real-time monitoring system that can find leaks in deep-water oil and gas production in the Gulf over a large area while still being cost-effective. Early detection and location of leaks could minimize their impact. Current monitoring techniques are limited, including being unable to monitor in real time. 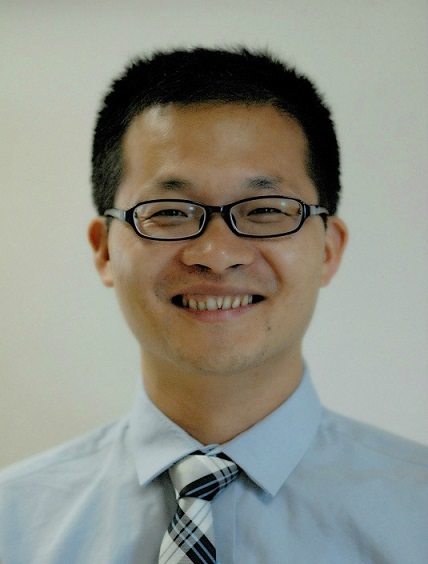 Likun Zhang, an assistant professor of physics and astronomy

The researchers also are recruiting three graduate students to assist in experiments, programming and investigation in signal processing and acoustic signal modeling.

“When we heard the grant approval news, we were very excited and a little bit surprise, since among 66 submitted proposals only six projects were approved,” Lu said.

“This grant will provide a great opportunity to expand our research area that exploits the advantages of both underwater acoustic sensing techniques and oil spill-induced underwater sound mechanisms, along with an advanced localization technique.”

This project’s results could have tremendous applications in petroleum industries, environmental monitoring and other fields, he said.

“Further testing in the ocean, along with prototyping and commercializing efforts, will be immediately pursued upon the success of the current project,” Lu said. “That will be the next project.”

An “early warning system … is essential for preventing the next oil spill as well as for seafloor hydrocarbon seepage detection,” he said.

The researchers plan to build a network-based, real-time passive monitoring system of hydrophones, or underwater microphones, for detecting, locating and characterizing hydrocarbon leakages.

During an oil spill, the leaked hydrocarbon is injected into seawater at high speeds, creating an underwater sound through gas bubbles. The sounds of the bubbles can be recorded via the hydrophones over long distances that would indicate an oil spill.

“Using a hydrophone network, a triangulation localization method, similar to GPS-based navigation, can be developed to determine the leak location,” Lu said. “The oil-bubble sounds can be further analyzed to estimate the sizes and intensities of the oil leakages.

“Before the technology is full-developed and employed in ocean environments, we are going to first develop and test our detection and localization techniques/algorithm in a small-scale water tank under controlled oil spill conditions. This functional system will help us to acquire the acoustic signatures of bubble sound, improve detection and location techniques, and gain better understanding of bubble sound.”

The grant was one of six announced Dec. 7. The grants, involving research into new technologies that could improve the understanding and management of risks in offshore oil and gas operations, totaled $10.8 million.

The six projects were selected after an external peer-review process.

The UM researchers are closely collaborating with GOWell International, an international oil and energy company, to ensure the relevance of the experiment to real scenarios and to aid in early prototyping of potential technologies, Lu said.

“The NCPA at the University of Mississippi has a long history of developing acoustics-based solutions for a wide variety of problems,” said Gladden, who is former director of the center. “Dr. Lu has many years of experience in linear and nonlinear acoustics in sediments and soils, and will provide excellent leadership on this project.”

For more information about the National Center for Physical Acoustics, visit https://ncpa.olemiss.edu/.

The National Academies’ Gulf Research Program is an independent, science-based program founded in 2013 as part of legal settlements with the companies involved in the 2010 Deepwater Horizon disaster. The program seeks to enhance offshore energy system safety and protect human health and the environment.

The program has $500 million for use over 30 years to fund grants, fellowships and other activities in the areas of research and development, education and training, and monitoring and synthesis.