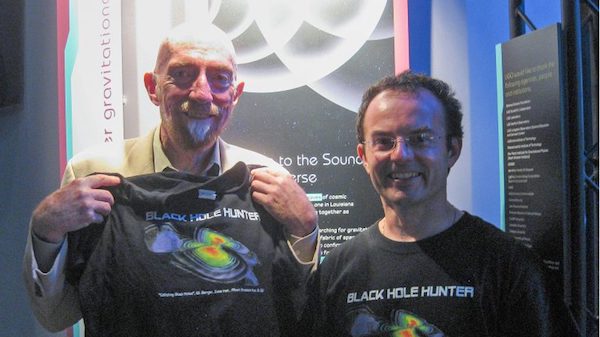 Physics researchers at the University of Mississippi are elated over news that colleagues involved in the groundbreaking discovery of gravitational waves in 2015 were awarded the prestigious Nobel Prize in Physics Tuesday (Oct. 3).

In announcing the award, the Royal Swedish Academy called it “a discovery that shook the world.”

“Kip and Rai are two of the most clever and kind people I ever had the honor of working with,” said Marco Cavaglià, a professor of physics and astronomy and head of the Ole Miss Laser Interferometer Gravitational-wave Observatory team. “Kip and Rai are always easy to talk with, and humble although they are among the best scientific minds of our time.

“They both remain very active, especially Rai, who, at 85, is still one of the driving forces behind LIGO.”

Cavaglia met Weiss and Thorne more than a decade ago and credits the former for his LIGO connection.

“Gaby Gonzalez, LSU professor and later spokesperson of the LIGO Scientific Collaboration, arranged for me a guided visit to the LIGO Observatory in Livingston, Louisiana, on my way back to Oxford.”

Much to Cavaglià’s surprise, it was Weiss who gave him the tour.

“He spent several hours with me, showing the detector and the lab to me,” Cavaglià recalled. “I was so amazed with the LIGO project and researchers that I started planning to join the LIGO Scientific Collaboration and work on gravitational wave astrophysics. I’ve been working within the LSC ever since then.”

Other UM officials shared their reflections about the prize recipients. 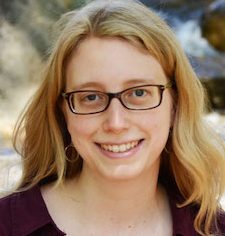 “Rai wrote the first detailed document for the design of the LIGO interferometers in 1983,” said Katherine Dooley, UM assistant professor of physics and astronomy. “We call it the ‘Bluebook’ because of how accurately he predicted all of the noise sources for the detector.

“Rai, himself, is also remarkable for his energy and ability to continue playing an integral role in the detector commissioning to this date.”

Dooley worked at the LIGO Livingston site for four years, installing hardware and commissioning the full interferometer. Weiss was a regular, long-term visitor.

“He always had his pet projects, from tirelessly tracking down leaks in the vacuum system – the largest-volume vacuum system in the world and the most valuable part of the entire detector – to tackling head-on the ‘mystery noise’ that most impeded our progress in commissioning,” she said. “He suspected Barkhausen noise – magnetic domain-flipping – was a culprit and set up experiments to measure it.”

Weiss also played a special role in Dooley’s path to earning her doctorate, she said

“He was the first person to sit me down and make me write an outline for my thesis,” Dooley said. “Rai was always an advocate for us students, and we appreciated that greatly. He wouldn’t hesitate to step in to protect our interests.”

“As a physicist, the most exciting moment in my professional career was being on hand in Livingston, Louisiana, for the announcement of the first detection of gravitational waves,” Gladden said. “We are so proud of the contribution that our physics colleagues have made to the LIGO effort and that the Nobel committee has honored this discovery with the highest prize in physics.

“As subsequent discoveries have shown, gravitational waves are going to be an entirely new tool for humans to observe our universe.”

Weiss, in a live phone call with the Nobel Committee minutes after the announcement, said, “I view this more as a thing that recognizes the work of about 1,000 people,” referring to the LIGO Scientific Collaboration.

“We are so pleased that our physics department and research faculty have been an integral part of LIGO since 2007,” Chancellor Jeffrey S. Vitter said. “It is quite an honor for the University of Mississippi to play a role in this international collaboration of talented scientists and engineers, which is producing such astounding breakthroughs and now the Nobel Prize in Physics.

“Our participation in this collaboration is a stellar example of UM’s transformative impact upon our understanding of the world.”

The Royal Swedish Academy of Sciences, founded in 1739, is an independent organization whose overall objective is to promote the sciences and strengthen their influence in society. The academy takes special responsibility for the natural sciences and mathematics, but works to promote the exchange of ideas between various disciplines. Nobel Prize is a registered trademark of the Nobel Foundation.