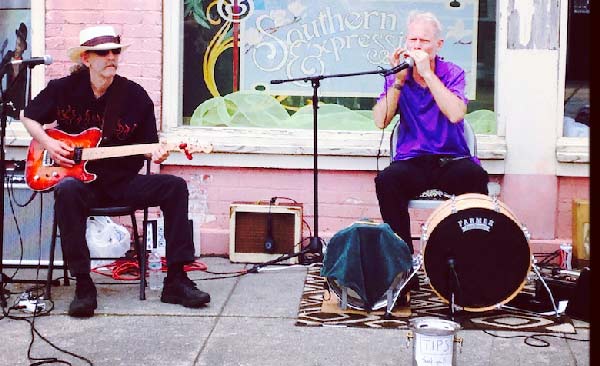 Alan Gross (left), UM professor of psychology, has been appointed as a Distinguished Professor by the university. Along with English professor Adam Gussow (right), Gross also is a member of the blues duo Blues Doctors. Submitted photo

Two respected University of Mississippi professors with a combined total of more than 65 years of teaching, research and service have been appointed Distinguished Professors by the university.

Alan Gross, professor of psychology, and Jay Watson, Howry Professor of Faulkner Studies and professor of English, were appointed the honorific title Friday (April 30) during the spring faculty meeting.

Started in 2018, the Distinguished Professor title recognizes the best faculty with sustained excellence at the university. The award was created in response to the university’s strategic initiative to develop a post-professorial recognition.

“It is an incredible honor to be named a Distinguished Professor by your faculty colleagues,” Provost Noel Wilkin said. “Dr. Gross and Dr. Watson have certainly distinguished themselves among our community of scholars, and I am pleased to see them recognized and their distinguished careers celebrated with this honor.”

He has been a full professor at UM since 1990 and served as director of clinical training for the department’s doctoral program from 2001 to 2017.

At UM, he has been awarded the Department of Psychology Outstanding Mentor Award in 1999, the Donald R. Cole Excellence in Promoting Inclusiveness in Graduate Education Award in 2007 and the Distinguished Teaching Award for Excellence in Graduate Teaching and Mentoring in 2013. In 2018, he was selected for the Beverly Thorn Award for Outstanding Director of Clinical Training Service by the Council of University Directors of Clinical Psychology. 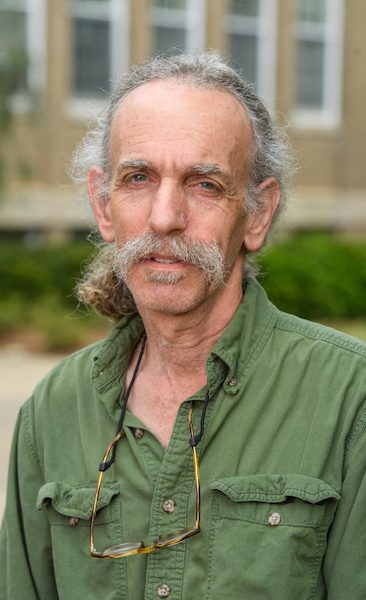 In the classroom, Gross teaches undergraduate courses such as developmental psychology and abnormal psychology, while advising graduate students and chairing and serving on thesis and dissertation committees. His mentoring career includes directing 49 theses and 73 dissertations.

His research interests include sexual aggression, applied behavior analysis, self-management, externalizing disorders in children and classroom management, and he has served as a principal investigator on awards from agencies such as the National Institutes of Health.

His research has been presented at nearly 150 workshops, conferences and invited addresses.

During his Ole Miss career, he has served on several university, College of Liberal Arts and department committees, including currently serving on the Department of Psychology’s scholarship committee.

“Dr. Gross’ impact on the department, the university and the field are clearly worthy of the appointment as Distinguished Professor,” wrote Rebekah Smith, chair and professor of psychology, in her nomination letter.

“Dr. Gross has a long record of producing groundbreaking and impactful research that has been published in leading articles and garnered thousands of citations and resulted in his appointment as a fellow of the American Psychological Association. Dr. Gross has produced 73 Ph.D. graduates, accounting for a significant portion of the degrees produced by our department and the university.

“(He also has) contributed to the success of students in other labs, by guiding other faculty and through his collaborations with students across the program. … In addition to his successes in research and teaching, Dr. Gross has provided extraordinarily important and effective service.” 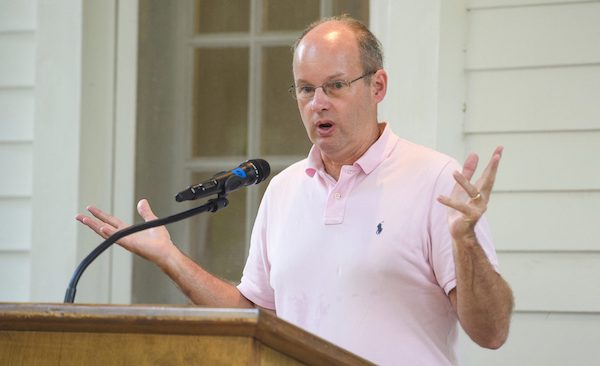 Jay Watson speaks at the unveiling of the William Faulkner marker on the Mississippi Writers Trail at Rowan Oak in 2019. Watson, UM Howry Professor of Faulkner Studies and professor of English, has been appointed as a Distinguished Professor by the university. Photo by Thomas Graning/Ole Miss Digital Imaging Services

In 2007, Watson became a full professor and was named Howry Professor of Faulkner Studies in 2010. At Ole Miss, he won the Faculty Achievement Award in 2012, was a finalist for the Southeastern Conference Professor of the Year Award in 2013 and won the College of Liberal Arts’ Outstanding Teacher Award in 2014. That same year, he was named the university’s Humanities Teacher of the Year.

During the 2002-03 academic year, he served as Visiting Fulbright Professor of American Studies at the University of Turku and Åbo Akademi University in Turku, Finland.

Watson is author of three monographs: “Forensic Fictions: The Lawyer Figure in Faulkner” (1993), “Reading for the Body: The Recalcitrant Materiality of Southern Fiction, 1893-1985” (2012) and “William Faulkner and the Faces of Modernity” (2019). He also is author or co-author of 11 edited collections, 48 essays and many other publications.

His scholarship on Faulkner, Southern literature and other topics has been presented at more than 140 conferences, lectures, invited talks and panels around the world.

English 224: Survey of American Literature Since the Civil War, English 458: Southern Environmental Literature and English 770: Studies in Faulkner are just a few of the classes that Watson has taught in the last few years.

He also has been involved in numerous student theses and dissertations as a director, co-director or committee member, including directing 18 Ph.D. dissertations. Likewise, he has directed 27 master’s theses and directed eight senior theses. 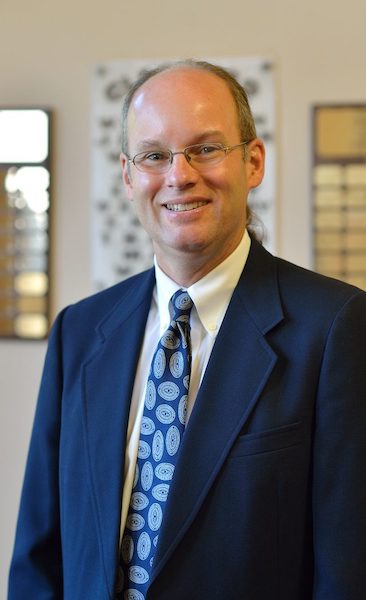 From 2009 to 2012, he served as president of the William Faulkner Society. Since 2011, he has served as director of the Faulkner and Yoknapatawpha Conference, and since 2015, he has been a member of the UM Slavery Research Group.

“Jay Watson … is that rare professor around whom you can build an academic department – and we have,” wrote Ivo Kamps, chair and professor of English, in his nomination letter. “For more than 30 years, he has been the intellectual center of, and a relentless contributor to the English department.

“In my time at the University of Mississippi, I have witnessed a sustained effort by the administration and the faculty to transform our school from a regional university to an institution with a national and even international profile.

“Jay Watson has unquestionably contributed to this effort, not only by graduating top-notch Ph.D. students and making the Faulkner Conference an esteemed venue for international scholarly dialogue but also by rising to the very summit of Southern literary research himself.”

No more than two eligible faculty can be appointed as a Distinguished Professor in a given year.

Each school and college has its guidelines for nominations, but the university requires that nominated faculty have at least six years of service at the highest rank of professor, along with exemplary accomplishments in research and creative achievement, teaching and service. Also, it is expected that awardees will have achieved a significant degree of national or international recognition.

The recommended appointment nominees are made by a committee chosen by the Faculty Senate and the provost, and the committee has representatives from across campus.