Exhibition open to the public through Jan. 14 at J.D. Williams Library 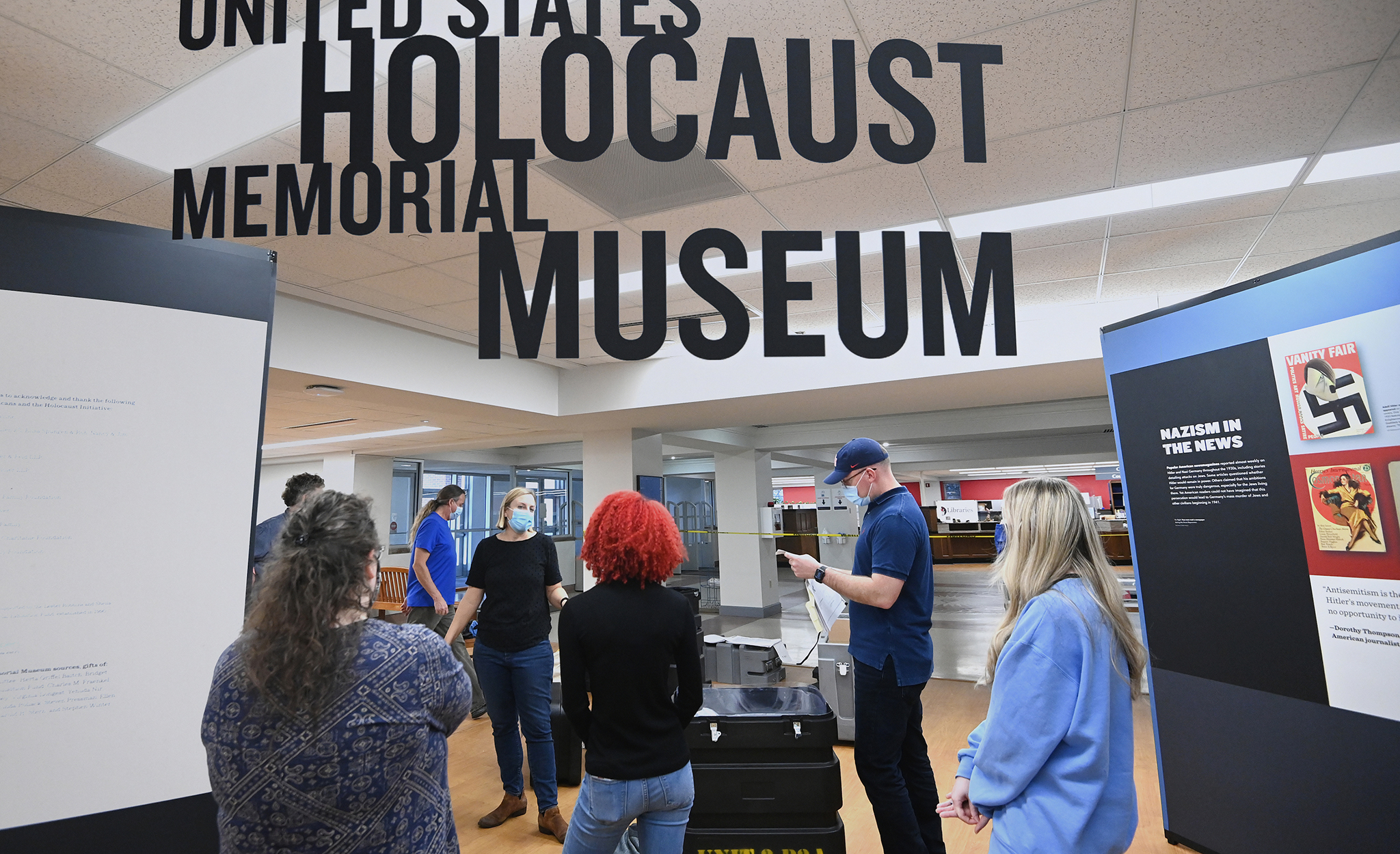 There is still time to learn more about the issues and motivations that influenced the country’s response to Nazi Germany and led to the Holocaust in a special exhibit at the University of Mississippi.

“Americans and the Holocaust,” a traveling exhibition from the U.S. Holocaust Memorial Museum, is on display at the university’s J.D. Williams Library through Jan. 14. The UM library is among 50 U.S. libraries hosting the exhibit, which examines the motives, pressures and fears that shaped Americans’ responses to Nazism, war and genocide in Europe during the 1930s and ’40s.

The touring display – based on a special exhibition of the same name at the museum in Washington, D.C. – began traveling to U.S. libraries in 2020. It arrived in Oxford on Dec. 1, 2021, and is free and open to the public.

“Being selected to host this exhibition is also significant because there are not many opportunities for people in this area to engage with cultural heritage programming related to the Holocaust,” said Cecelia Parks, research and instruction librarian and assistant professor. “Hosting this exhibition will help increase knowledge and awareness around this important issue for UM students and the broader north Mississippi community.”

Ole Miss was selected to host the exhibition following a competitive peer-review process of its application that considered community demographics, plans for outreach around the exhibition and the availability of other Holocaust-related educational opportunities in the area, Parks said.

Based on extensive new research of that period, the exhibition addresses important themes in American history, exploring the many factors – including the Great Depression, isolationism, xenophobia, racism and antisemitism – that influenced decisions made by the U.S. government, news media, organizations and individuals as they responded to Nazism.

Drawing on a collection of primary sources from the time, the exhibition focuses on the stories of American individuals and groups who took action in response to Nazism. It challenges visitors to consider the responsibilities and obstacles faced by individuals – from President Franklin Delano Roosevelt to ordinary Americans – who made difficult choices, sought to effect change and, in a few cases, took significant risks to help victims of Nazism even as rescue never became a federal priority.

Besides the loan of the traveling exhibition, the library received a cash grant to support public programs.

For more information about “Americans and the Holocaust” and related programming at the J.D. Williams Library, visit here. To learn more about the exhibition, visit http://ushmm.org/americans-ala.