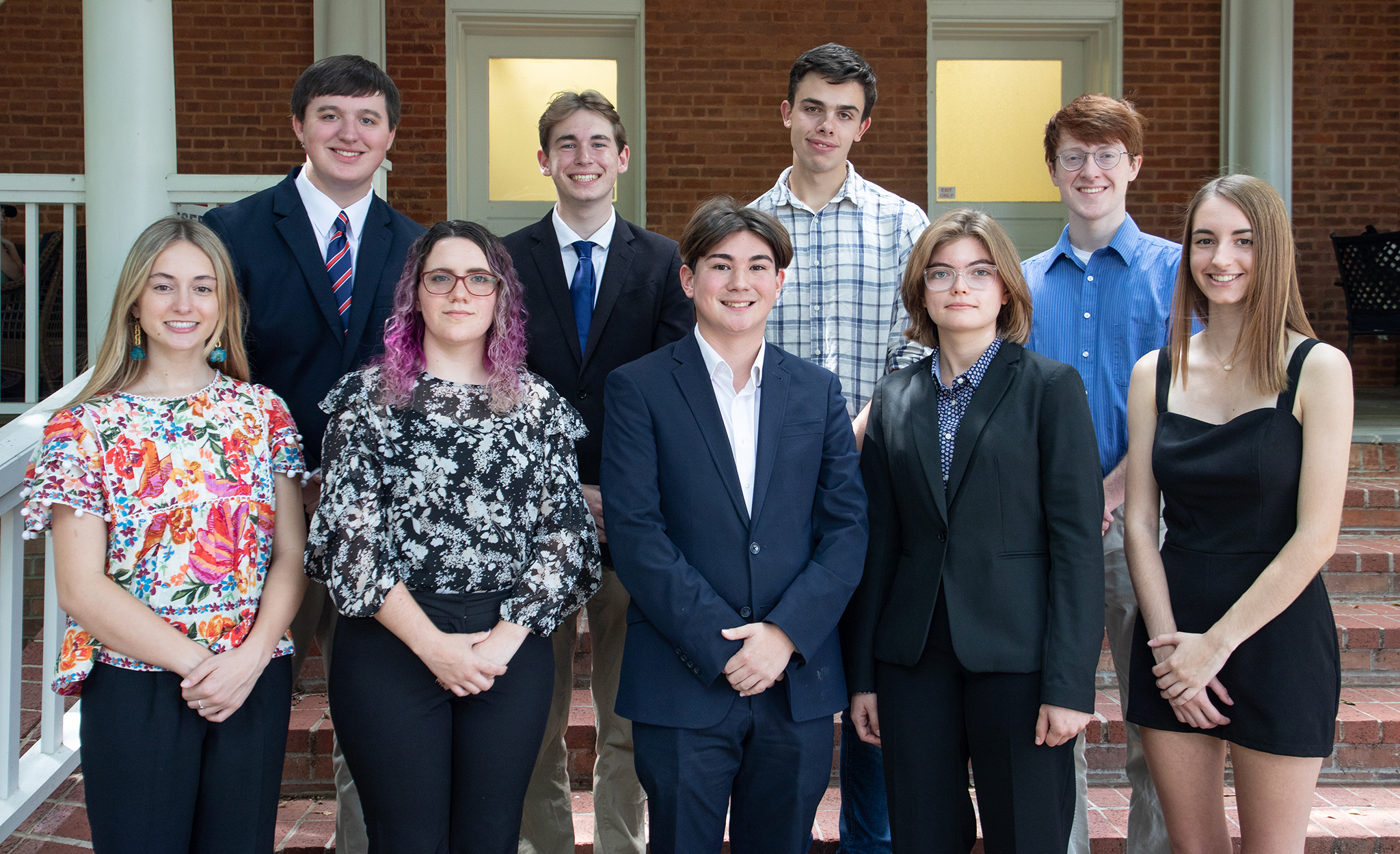 The 2022-23 Croft Scholars are (front, from left) Lily Schauwecker, Abigail Shaw, John Amburgy, Claudia Guske and Sophia Prost, and (back) Calloway Bills, Colin Richardson, Will Devenish and Nathan Guy. Croft Scholarships are among the largest and most prestigious at the university. Submitted photo

Eleven students in the Croft Institute for International Studies received awards from one of the largest and most prestigious scholarship programs at the University of Mississippi.

The Croft Scholars, the institute’s most competitive freshmen, are awarded $8,000 per year for four years. Top rising sophomores receive the Rose Bui Memorial Scholarship for Academic Excellence, which is also worth $8,000 per year. Recipients must maintain a 3.4 GPA and remain in the international studies major during their time at the university.

Scholarship support has been an essential element of the institute’s model since its founding 25 years ago, said Oliver Dinius, Croft executive director. Since then, more than $1.6 million in Croft scholarships has been awarded to the nearly 200 students that have graduated from the institute.

Donors have stipulated that half the scholarships go to Mississippi residents in the spirit of bringing together the best students in the state with exceptional students from other parts of the U.S.

“We want our Croft Scholars to be excellent ambassadors for the internationalization of the UM campus and embody the idea of a future global citizen,” Dinius said. “We hope that they follow in the tracks of our Croft alumni – now almost 700 of them – and embark on exciting and meaningful careers.

“We want them to use the skills they acquired here and build on them to develop into leaders that help resolve some of the major challenges that the country and the world face these days.”

William Devenish, of Keswick, U.K., is a Croft International Scholar. The Rose Bui scholarship recipients are Sarah Long, of Tupelo, and Betsy Vise, of Tuscaloosa, Alabama.

For the international studies major, Croft students select a regional concentration from East Asia, Europe, Latin America or the Middle East, and a related foreign language before starting their first semester in the program. Students declare a thematic concentration of global economics and business, global health, international governance and politics, or social and cultural identity during their sophomore year. 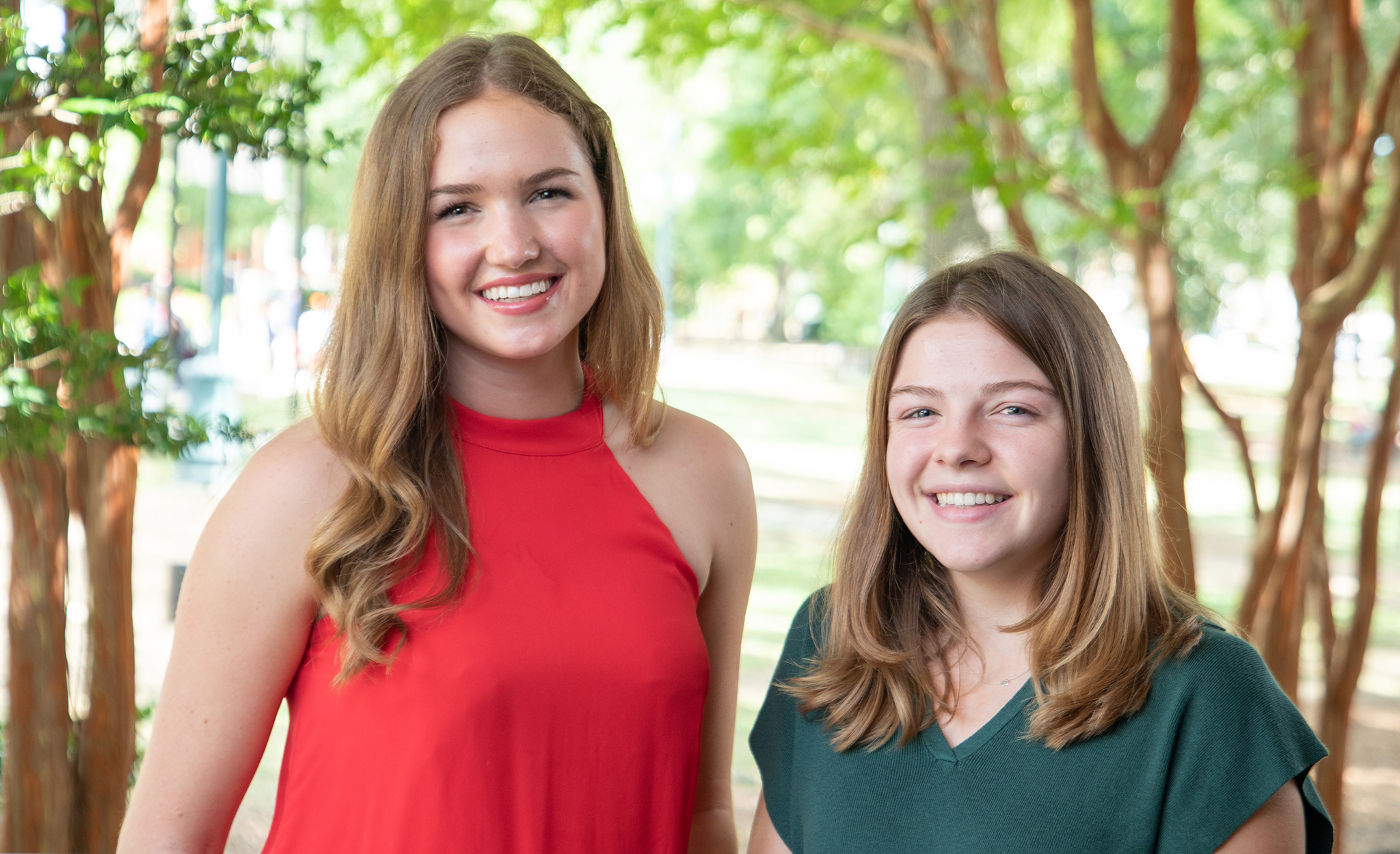 Each year, the Croft scholarship committee interviews as many as 25 admitted students for the awards. They consider the students’ demonstrated awareness of global events, commitment to learning a foreign language and academic promise in the major as criteria.

Amburgy said that the international studies major offers “seemingly infinite and limitless possibilities.” As a first-generation student, he said the scholarship will allow him to not only attend the university, but also excel.

“The Croft Scholarship is what made me say yes to the University of Mississippi,” Amburgy said. “The assistance provided by the scholarship means I can focus on my education and participate in organizations that I find fulfilling, rather than worry about my financial commitments.”

Devenish, whose hometown is about an hour from Scotland, fell in love with the university after his first visit. He plans to build a life for himself in the U.S. after graduation.

“I have a lot of friends who live in the Jackson area – one of them attended Croft and highly recommended it,” Devenish said. “The program was appealing to me as it combined different elements of study such as politics, economics and language studies.

“I hope that this scholarship will simply aid me to pursue and focus on my studies without continually worrying about affordability; I am generally funding myself at the moment. I am very grateful to Croft and the university for providing me with this scholarship.”

Prost is focusing on global health care. The concentration appealed to her because she plans to attend medical school.

“I plan to become a trauma surgeon or emergency physician,” Prost said. “I would like to participate in medical mission trips and work with nonprofit organizations that focus on refugee care in Europe.

“Studying abroad will give me the chance to learn about other cultures, which will be useful to my future career. I’m so grateful that this scholarship will help me finance these experiences.”

Dinius said that Croft Scholars are among the institute’s greatest ambassadors.

“In our 20-year experience, the Croft Scholars have been among the most engaged students in the program,” he said. “They stay connected with the institute and with each other after graduation, and as alumni, they are generous with their time and advice to our current students.”