Author plans to use time to focus on his latest novel 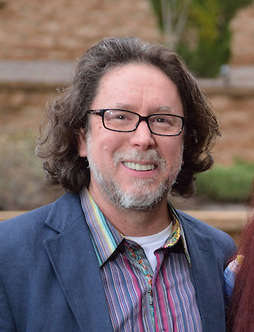 Tom Franklin, a celebrated novelist and University of Mississippi associate professor of fiction writing in the Department of English, is a 2016 recipient of the Berlin Prize, which the American Academy in Berlin awards to scholars, writers and artists. The prize includes a semester-long fellowship in Germany.

Franklin, who has taught at UM since 2003, is among 23 recipients of the prize and will begin his fellowship this fall. He will work on a novel, which is currently titled “Country Dark,” about a rural Alabama police officer named Rick Miller who mainly investigates farm-related crimes. While probing a strange animal death, Miller, who is referred to as “The Cow Man,” uncovers something entirely unexpected, including a connection to a cultish church with an interesting past.

The opportunity to focus on the project is much appreciated, Franklin said.

“The fellowship will give me the greatest gift of all for a writer: time,” Franklin said. “Normally, I teach full-time and direct several master’s of fine arts and Honors College theses. So when I sit down to work here, student stories and novels fill my mind.

“But, at the academy where I won’t have classes to prepare for, student work to read and critique, theses to edit, the only thing, hopefully, filling my mind will be The Cow Man, and whatever’s gone wrong in Buford, Alabama.”

The Berlin Prize is awarded annually to artists, scholars, composers and artists from the United States who represent the highest standards of excellence in their fields. The prize’s fellowship includes a monthly stipend, partial board and accommodations at the academy’s lakeside Hans Arnhold Center in Berlin-Wannsee.

The program is designed to allow recipients the time and resources to step back from their daily obligations to work on projects they might not otherwise be able to pursue. The fellows are urged to work with the academy’s network of professionals and institutions and create connections and lasting transatlantic relationships.

The fellows will use public lectures, concerts, performances and readings, which take place at the academy but also throughout Berlin and Germany, to engage audiences.

Ambassador Richard C. Holbrooke and other distinguished Germans and Americans created the American Academy in Berlin in 1994. The intent was to foster greater understanding and relationships between the United States and Germany. The academy is a private, nonprofit, nonpartisan center for advanced research in a range of academic and cultural fields.

“We look forward to welcoming another group of outstanding fellows to the academy,” said Gerhard Casper, the institution’s president. “By working with their peers and partner institutions in Berlin and presenting their projects to the public, they will actively contribute to the exchange of ideas between the U.S. and Germany.”