The Road from Self-Doubt to Truman Finalist 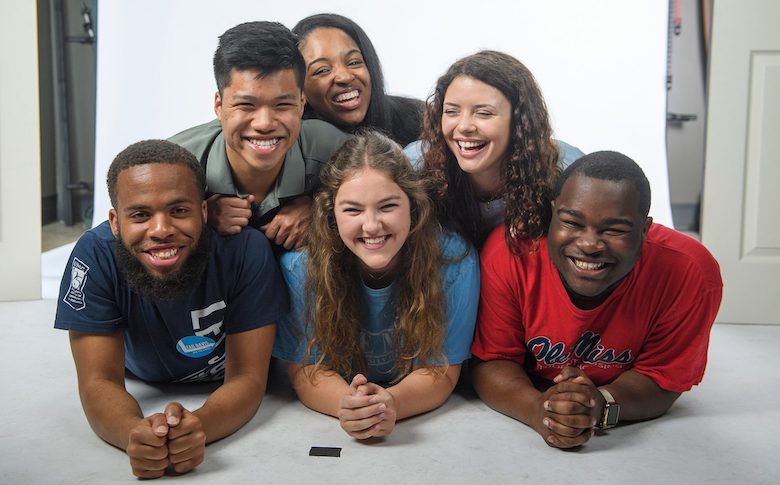 When Joshua Mannery found out he was named a Truman Scholarship finalist, he was shocked and excited, but the possibility of winning $30,000 in scholarship funding wasn’t what excited him most.

Rather, it was the affirmation of all of his community service that confirmed the University of Mississippi junior and member of the Sally McDonnell Barksdale Honors College is doing the right thing and motivated him to continue.

“The biggest thing for me is getting clarity for what I want to do,” he said. “In the application, they push students to figure out how we want to impact our community, our country and the world.”

The Jackson native has always known he wants to be a public servant. He even has a plan. First law school, where he’ll focus on civil rights law. Then he’ll work with youth caught up in the juvenile justice system. He’ll advocate to update juvenile justice laws and, eventually, run for political office.

And he plans to do it all in time to enter the 2036 U.S. presidential election.

But until finalizing his Truman application, Mannery said, he hadn’t quite noticed the impact of the work he is already doing.

Mannery thought so little about the work he was already doing that he almost didn’t apply for the Truman Scholarship at all.

“People told me about it, but I convinced myself I wouldn’t be seriously considered,” he said. “I put it off for a while and didn’t have the most confidence my story was important enough to be highlighted.”

But then, last semester, he began to see some of his service efforts in another light.

Through his experiences working with the Office of Orientation and MPower over the summer, Mannery got to speak to incoming students and their families about all the opportunities students have to learn, serve and lead during their time on campus.

“That’s when everything clicked,” he said. “I saw firsthand the impact of these small conversations we had earlier, and that helped finalize the idea that I wanted to focus on youth development, student development and leadership development.”

Around the same time, Mannery had an opportunity to speak about imposter syndrome during a conference for the National Society for Minorities in Honors. At the conference in Southern California, Mannery was joined by Kayci Kimmons, a sophomore Honors College student from Batesville; Ashleen Williams, senior Barksdale fellow; and Rachel Coleman, Honors College academic counselor.

“Imposter syndrome makes you feel like you’re not supposed to be in the situation you’re in,” Kimmons said. “Even going to California with Josh made me doubtful of myself. Why am I special? I’m just a small-town girl. But they saw something in us, and we were able to talk about it.”

Through continued conversations with Kimmons, Williams and Coleman, Mannery said he began to realize his story is worth telling after all.

Williams experienced imposter syndrome herself as a student pursuing competitive scholarships and fellowships. She sees students pursue awards as a way to live up to expectations instead of pursuing their passions and positively affecting their communities.

“The Rhodes, Marshall and Mitchell bios – people are paid to write those and they don’t mention any failures,” she said. “You have kids like Josh who are phenomenal – who other students are quick to follow – but don’t view themselves in that way because they don’t have the bio written about them.”

Williams, a Mitchell Scholar, Fulbright Scholar and Georgetown-Qatar Fellow, said she sees a fundamental role of her job as helping students understand that work they do in pursuit of their passion is their greatest achievement; the scholarships are simply recognition.

“Students learn there are models of success that get you into halls of fame – at least that’s how they perceive it, whether it’s reality or not,” she said. “At the Honors College, we try to teach them that they don’t have to pursue badges.

“We want them to focus on finding their why and throwing themselves wholeheartedly into that.”

A Strong Case for Selection

Mannery said he’s more thankful for the clarity the Truman Scholarship application process gave him than he is worried about winning the ultimate award, but his resume of public service paints him as a more-than-qualified candidate. 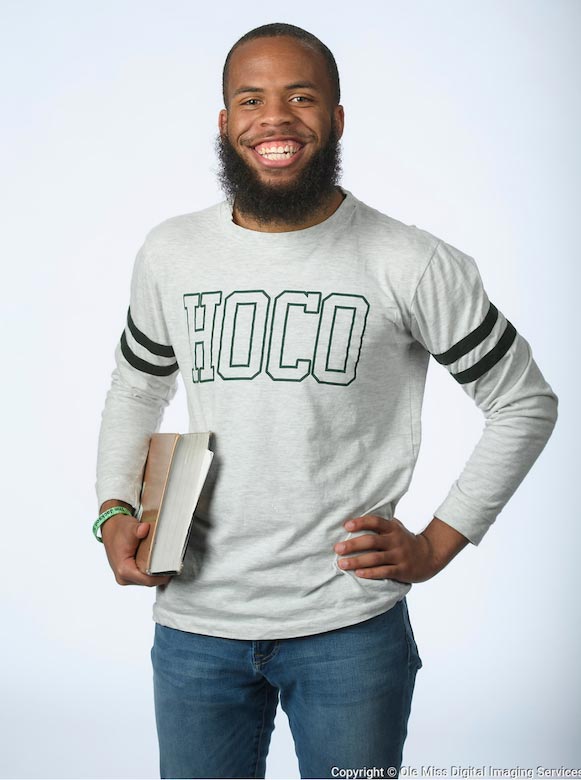 Mannery also is president of his own nonprofit, Anybody Can Be President. The organization brings together college students from all eight of Mississippi’s public colleges and universities to identify areas in the state that lack resources. The group worked to help Jackson Public Schools with its standardized test prep and helped provide Boys & Girls Clubs with more consistent youth mentors.

Similarly, as the Associated Student Body director of campus outreach, Mannery seeks out alternative solutions for student problems, such as creating more student access to university leadership. Earlier this semester, Mannery saw one of those concepts come to life through the Open Doors event, which welcomed more than 200 students into the Lyceum to meet with university leaders for dinner and casual conversation.

He’s also worked to find money in the ASB coffers to create a book scholarship for students in need.

“I got to see him in his element when we went to California because he’s a natural-born leader,” Kimmons said. “He’s not a typical take-charge leader, but he can take hold of a situation and adapt to it if he needs to.

“He wants to get to know everyone and wants everyone to feel like they have a place.”

Inspiring the Next Class of Leaders

Mannery said he hopes his selection as a Truman finalist will inspire other students to take control of their stories and to lead by example.

“I want to encourage people who don’t normally have their stories elevated to be told that what they’re doing is important,” he said. “I want to make sure people are having opportunities to speak to their experiences and I know sometimes they need the motivation to do that.

“I needed motivation myself because I didn’t think my story was important enough.”

His peers aren’t the only ones who see the power behind his special brand of leadership.

Aileen Ajootian, professor of classics and art, said that when Mannery was a freshman, she saw a student who was engaging with classroom material and trying to apply it to the world around him.

“He’s someone who is always thinking,” she said. “I always have a sense something is always happening in his head. And we’ve had discussions outside of class on race and social issues. He has been an activist here.

“He’s made big contributions toward making things better on campus. He’s just the sort of student we need to have here.”

Holly Reynolds, associate dean of the College of Liberal Arts, said she heard buzz about Mannery before ever meeting him.

“It’s his calm confidence and genuine interest in helping others,” Reynolds said. “He’s not out to impress anyone, and therefore is tremendously impressive. His selection isn’t surprising to me.

“He always wants to see students serving and giving back. He wants to create opportunities for others.”