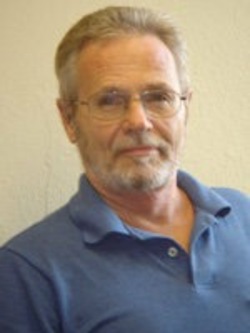 Born in Louisville, KY to the late James Alvin and Dorris Briel Shollenberger, Dr. Shollenberger served as a Captain in the United States Air Force during the Vietnam War and was a recipient of the Purple Heart. Jim was christened Catholic at Our Lady of Lourdes in Louisville, KY and played on two Minor League Baseball teams. He had a long career in Theatre, Film and Television.

Dr. Shollenberger served as Professor & Chair in the Department of Theatre Arts from 1977–2010 at the University of Mississippi. He was involved locally in Theatre Oxford, Humane Society, and the Oxford Film Festival. Jim founded the nationally recognized Festival of Southern Theatre (1984–1995) which showcased plays & playwrights about the south. Along with his parents, he was preceded in death by his brother, Robert Bruce Shollenberger.

In honor of Dr. Shollenberger’s service to our country, the flag of the United States Air Force will be flown at Waller Funeral Home.