THE FUTURE OF HISTORY: Arch Dalrymple III Department of History to Benefit From $150,000 Planned Gift 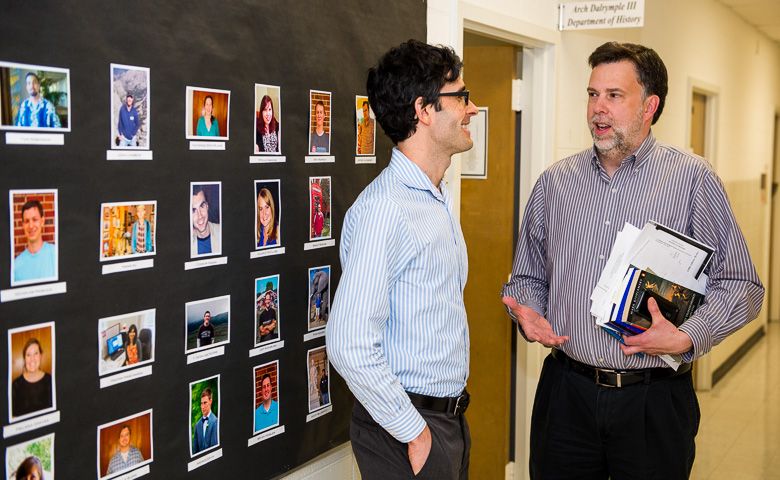 A $150,000 planned gift directed to the University of Mississippi Arch Dalrymple III Department of History is expected to help increase the department’s focus on research.

“The gift will help the faculty to advance the department’s mission,” said Joseph P. Ward, professor and chair of the department. “It’s exactly the kind of discretionary money that’s the hardest to come by. For a department like ours, these are the kinds of gifts that can really help us pursue excellence.

“For example, historians still have to travel to archives,” Ward explained. “More of our material is becoming available through the internet, but overwhelmingly we continue to go to archives to do original research. This type of gift is absolutely crucial for that.”

A historian himself, Napier’s book Lower Pearl River’s Piney Woods: Its Land and People was published by the university’s Center for the Study of Southern Culture in 1985. He also penned the Air Force Officers Guide and a history of his family.

In 1989, a previous gift from Napier to the university established a scholarship to help support students from Pearl River County, Miss., and surrounding counties.

Napier retired with the U.S. Air Force in 1977 as a lieutenant colonel and worked in intelligence and special operations. He served in national security at the Pentagon and completed his career at Maxwell Air Force Base in Alabama. After retirement from active duty, he joined the Alabama State Defense Force in 1991 and retired as a state brigadier general in 1997.

As a UM student, Napier was a Taylor Medalist and was active in Sigma Chi fraternity, Air Force ROTC, and on the student newspaper and yearbook staffs. He and his wife, Cameron, live in Ramer, Ala.

Napier’s planned gift gives him membership in the 1848 Society, named for the year the university opened the Lyceum doors to its first students. The society recognizes generous donors who thoughtfully provide for the university through planned and deferred gifts.