The College of Liberal Arts Reaches Deep into Mississippi 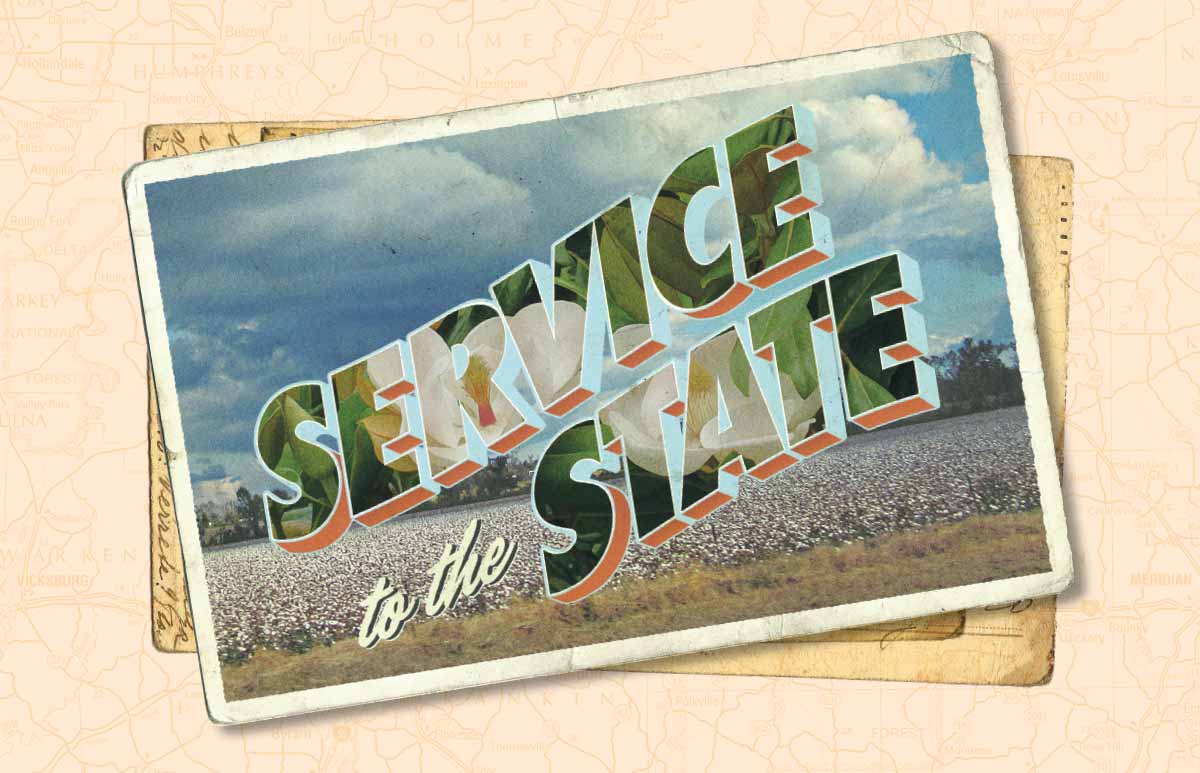 From the Northern Hills to the Gulf Coast, Mississippians’ lives are touched by the research, community service, and other initiatives spearheaded by the College of Liberal Arts. Our faculty, staff, and students are committed to the founding mission of the university: to serve the people of Mississippi.

Improving the quality of life for everyday Mississippians is a goal that is front and center in every academic discipline grouping: natural sciences, fine and performing arts, social sciences, and humanities. Whether we are making drinking water safer, empowering communities economically, preserving history, bringing the arts to public spaces, helping to provide food assistance to rural Mississippians, or saving coastal marine life, we are inspired by beauty of both the landscape and the people of the Magnolia State. We are grateful to the Mississippians who have welcomed us into their cities, towns, and counties and supported our work.

Here are just four examples of the College’s service to the state.

The Center for Population Study Helps Create the FEED FUND

When COVID-19 reached Mississippi in March 2020, people who already struggled with food insecurity found themselves in even more dire straits. As the virus spread, the percentage of Mississippi households facing food insecurity spiked from almost 10% to 17%.

To allocate resources effectively and alleviate hunger, service organizations, such as the Community Foundation of Northwest Mississippi, needed to quickly assess the damage and take action. They faced critical questions: Which areas of the region were in most desperate need? How were children who ate at school going to be fed? How were food pantry and distribution site managers going to meet the unique needs of their communities? 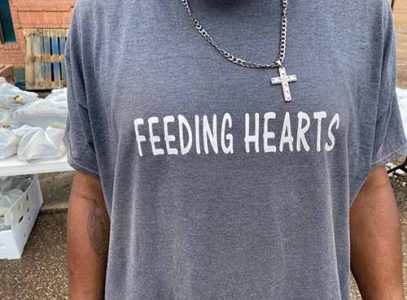 A member of a Cleveland food pantry, which was aided with emergency funding by the Feeding Hearts Foundation during the COVID crisis. 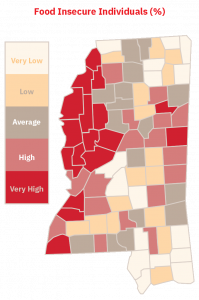 These decisions hinged on accurate information about the regional population—especially the rural population. Much of that vital data was gathered and analyzed by UM’s Center for Population Studies (CPS).

CPS has a national reputation for using data in innovative ways to truly shed light on people who might otherwise be unseen, such as impoverished rural Mississippians. With the Mississippi Health and Hunger Atlas they “mapped” places where Mississippi has the highest rates of food insecurity and poor health outcomes.

When the pandemic struck, CPS was poised to help alleviate a food emergency in northwest Mississippi because of the accuracy and timeliness of the Hunger Atlas data. CPS partnered with the Maddox Foundation, located in Hernando, and the grassroots nonprofit the Community Foundation of Northwest Mississippi (CFNM) to explore changes in food scarcity caused by COVID. They gathered across an 11-county region, interpreted, and shared the data with on-the-ground organizations in the region, helping them identify the top priorities for funding.

Their research helped CFNM launch the FEED Fund, which provided emergency funding to area food pantries, thereby avoiding a humanitarian disaster in the region. CPS will be involved with future efforts to determine the impact of COVID on the region.

“Because we care deeply for the communities with which we work and serve in Mississippi, we wanted to help, and it was wonderful to see our work being used by organizations banding together across the regions to serve those communities most in need,” said Anne Cafer, assistant professor of sociology and director of CPS.

“Working in partnership with these communities helps us amplify their voices, so that they can lead their communities to achieve the kind of life they truly deserve.” 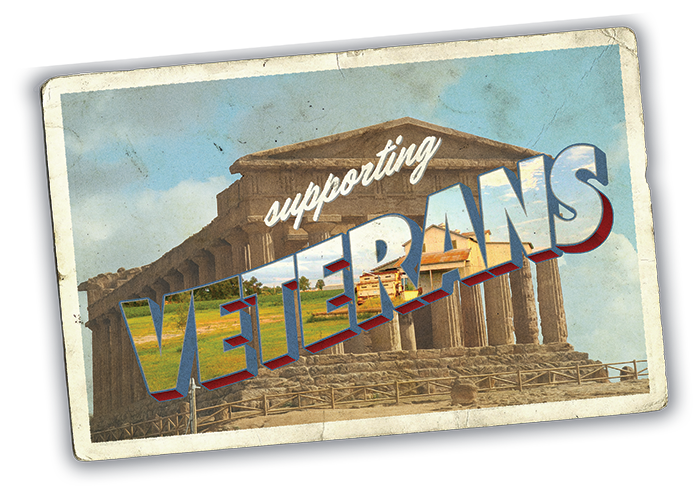 Student Vets Bring Their Odyssey to the Classroom

A war hero struggles to make a long journey home and reintegrate himself into the life of his son and wife and the household he left behind. That’s a story many veterans today can identify with, but it was first voiced millennia ago, when the epic poet Homer created The Odyssey.

Molly Pasco-Pranger, chair and professor of classics, and Andrew Newby, assistant director of Veteran and Military Services, created a new class—Humanities and the Experience of War—that brings veterans and traditional students into the classroom together, and eventually will take the students into communities across the state. 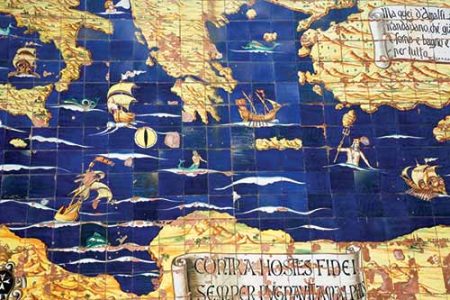 Odysseus’ journey in
The Odyssey is shown in this map illustrating the mythological Mediterranean Sea.

Two young men face off in combat on an ancient Greek drinking cup from the University Museum’s Robinson Collection.

“I decided to take this course because there are a lot of veterans and service members in my family,” said Jake Riffe, a biology major. “The veterans enrich the course by telling their own stories and how the literature applies to them. If they weren’t there to share their own stories, there are a lot of things I would not know or get out of these pieces of literature.”

The key texts for the course were three millennia apart but similarly themed: Homer’s ancient Greek epic poem, The Odyssey, and a graphic novel, The White Donkey, by Maximilian Uriarte, an American artist and writer who served in the Marine Corps and experienced the frustrations of returning home to civilian life.

“We are looking at the ever-changing, never-changing aspects of war and conflict,” Newby said. “To explore how a text from 700 BC, when The Odyssey was written, describes the same things as when a veteran in 2020 is trying to come home but doesn’t come home all the way.”

From day one, the veterans were forthcoming with their insights.

“Andrew and I were talking about this course one day and I thought it would help me be able to open up more. PTSD is not new,” said Beau Roddy, a student in the class who served in the Marine Corps from 2005 to 2009. “PTSD has always been around. Understanding that this has been happening for so long helps me to figure out ways to help people deal with it,” said Roddy, who wants to be a social worker. “These books have showed me that there are vets who have seen and experienced the same stuff that I have been through or something that is different, and they are dealing with it differently.”

In spring 2022, Pasco-Pranger and Newby plan to take the course one step further, carrying their discussions into student-led community reading groups for veterans and others across the state of Mississippi.

“We’ve had frank and powerful conversations about the ways war shapes and transforms human lives, both for veterans and for their families,” said Pasco-Pranger.” “My wish for this course is that it creates a relationship between the students, the community, and the Office of Veteran and Military Services, so that these conversations around the experience of war can continue to take place.”

In the age of crowdfunding and viral media, two biologists are developing a mobile phone app that will allow citizen scientists to conduct marine assessments on the northcentral Gulf of Mexico.

Professors Glenn Parsons and Richard Buchholz have partnered to create a Mobile App for Marine Assessment as part of the Gulf of Mexico Citizen Scientist Initiative. State-of-the-art technology will allow residents and visitors to upload photos, measurements, GPS location and other data regarding specimens they have captured, observed, and identified.

Users also will be able to submit photos of endangered or unusual specimens of fish and other marine creatures for identification, track the abundance and health of fish species seasonally and regionally, document invasive species in Gulf waters, and monitor changes in the health of coastal ecosystems and shoreline erosional changes.

The initiative has been awarded $1.7 million, including $1.2 million to UM and $500,000 to the Mississippi Department of Marine Resources.

“In the aftermath of the Deepwater Horizon oil spill, I was surprised to learn how difficult it was to quantify the loss of all the various types of marine and coastal life forms in the Gulf of Mexico,” Buchholz said.

“Dr. Parsons and I are both interested in the conservation of biodiversity and felt strongly that the mammoth task of monitoring the populations of living things could only be accomplished with the help of citizen scientists.”

They believe the best way to get people to care about conserving biodiversity in the Gulf of Mexico is for them to be actively involved in monitoring and managing it. The initiative will help achieve that goal while also educating the public about biodiversity, population and ecosystem ecology, and the need for them to be involved in restoration efforts.

“Citizen science programs have the potential to educate the average person about how science advances,” Parsons said. “Additionally, at a time when research funding is scarce, citizen science initiatives are capable of providing valuable data to researchers that would otherwise be cost-prohibitive, if not impossible, to obtain.” 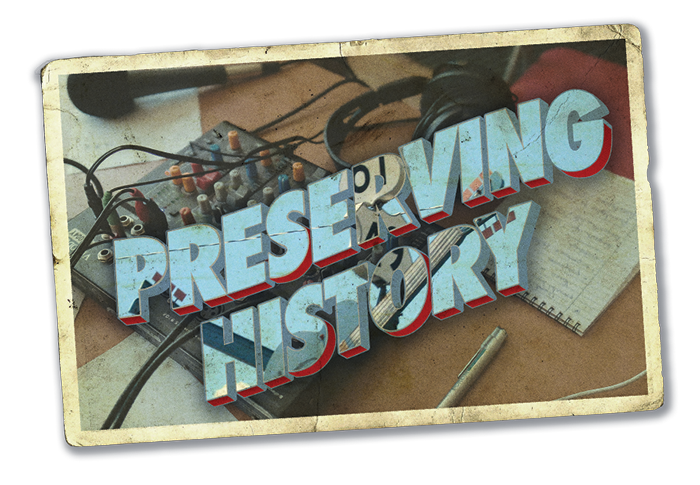 Decades before James Meredith, there was M. B. Mayfield. A native of Ecru, Mississippi, Mayfield was the first Black student to attend the University of Mississippi. Although he never formally registered here because he was barred by the state’s Jim Crow laws, he is credited with unofficially integrating the school.

A folk artist, Mayfield was hired as a janitor at UM in 1949. Unable to take classes, he found a sympathetic professor who secreted him in a broom closet in his classroom, where Mayfield could keep the door open, set up his easel, and work in tandem with the other students, getting a fine arts education in the only way he could, surreptitiously.

The town of Ecru has long wanted to rebuild what remains of his home there into a museum that includes both his work and an archive of interviews about him. Led by Jeannie Thompson, a librarian at North Pontotoc High School and lifelong resident of Ecru, the town approached the university’s M-Partner program for help.

M-Partner is a community partnership program that seeks to match university capabilities with the goals and needs of local communities in northeast Mississippi. M-Partner is run by Laura Martin, the associate director of UM’s McLean Institute for Public Service and Community Engagement.

“We work hard to create substantial and sustainable results that will be viable in the community for decades to come and enhance the educational experiences of students and research and engagement programs of the university,” said Martin.

Martin put Jeannie Thompson and a team of townspeople working on the Mayfield restoration project in touch with Brian Foster, assistant professor of sociology and Southern Studies.

Foster is also the director of UM’s Hill Country Oral History Collective—established by the Southern Studies program—which preserves the history of Mississippians across the northeastern part of the state.

“I teach an oral history course and from that we drew on a pool of student researchers who are perfectly fit for the Mayfield project,” said Foster. “We wanted to commemorate the life of Mayfield with an oral history about him.”

Foster and his students conducted in-person and phone interviews with people who had known Mayfield. M-Partner helped with key resources like audio recorders and travel expenses from Oxford to Ecru.

In summer 2021, the project was further supported by the work of four history graduate students, funded by the Department of History. Under the supervision of Thompson, the students created an inventory of items recovered from Mayfield’s house, from personal correspondence to old exhibition posters. The inventory is the first step in cataloging his possessions.

“We are preserving M. B. Mayfield’s history and a vital piece of Ecru history,” Thompson said. “We’re also establishing an important historical landmark that will attract visitors and boost Ecru’s economy.” 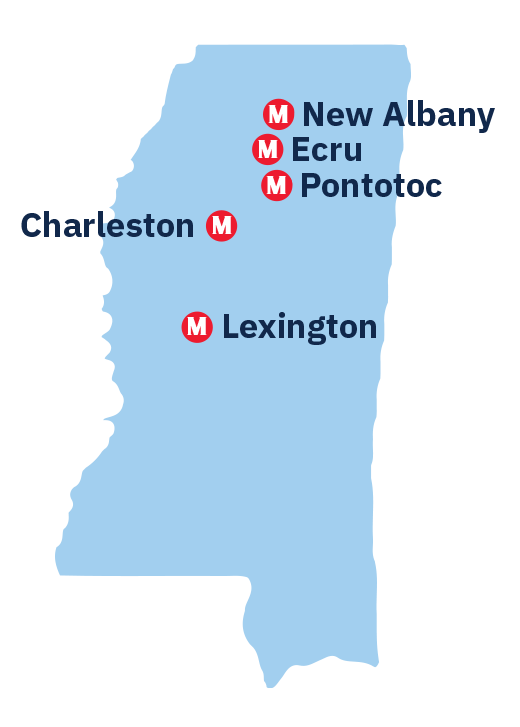 Partnering with Towns to Improve Quality of Life
M-Partner is an initiative of the McLean Institute for Public Service and Community Engagement. The Institute’s mission is to advance transformative service throughout the university and to fight poverty through education in Mississippi. McLean initiatives touch many areas of life in the state, including health care and education, economic development and policy, marketing and tourism, resiliency, and core government systems. M-Partner projects have included service to the towns of Charleston, Lexington, New Albany, Ecru, and Pontotoc.
MORE…

Painting by M. B. Mayfield. 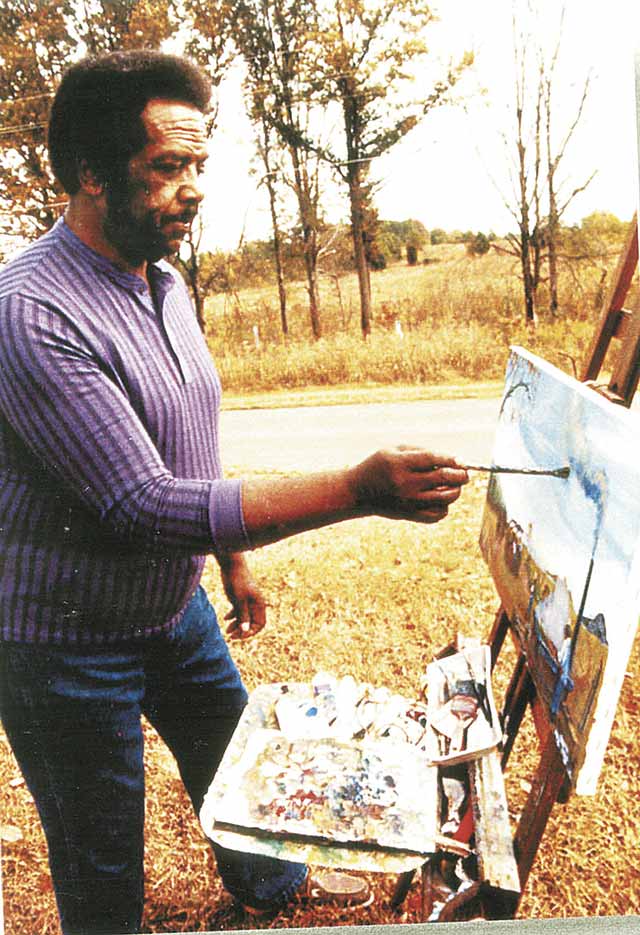 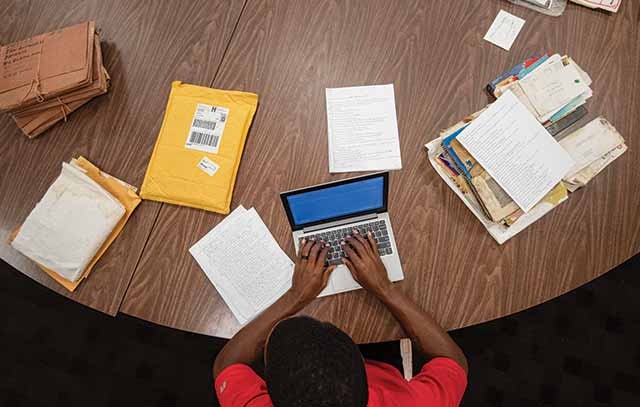 A history graduate student processes the archival collection of Mayfield’s personal papers and other artifacts.