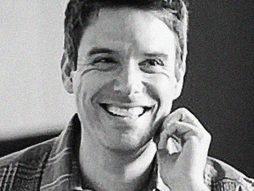 How I’m Discovering the Secrets of Ancient Texts, a talk at the inaugural TEDxUM in October 2015 by Gregory Heyworth, associate professor of English at the University of Mississippi, was featured on the TED website today.

Professor Heyworth, a medievalist, directs the Lazarus Project, a not-for-profit initiative to restore damaged and illegible cultural heritage objects, especially manuscripts and maps, using spectral imaging technology. He has helped recover numerous important objects including the Vercelli Book and the 1491 Martellus Map. Currently he is working to recover manuscript fragments of the lost Cathedral Library of Chartres, France, bombed in World War II.

The textual scientist and his lab work on new ways to read ancient manuscripts and maps using spectral imaging technology. In this fascinating talk, watch as Heyworth shines a light on lost history, deciphering texts that haven’t been read in thousands of years. How could these lost classics rewrite what we know about the past?

“Imagine worldwide how a trove of hundreds of thousands of previously unknown texts could radically transform our knowledge of the past,” said Heyworth during his TED Talk filmed on campus. “Imagine what unknown classics we would discover, which would rewrite the canons of literature, history, philosophy, music or, more provocatively, that could rewrite our cultural identities, building new bridges between people and culture.”

Heyworth saves texts that have been damaged by war, water damage, mold and chemical reagents using a process involving multispectral imaging. Working beside other professors and pioneers in the digital imaging field, Heyworth has traveled to libraries both in the U.S. and aboard in an effort to preserve and reclaim numerous historical texts.

Heyworth’s TEDxUM talk is proving to be popular with TEDx viewers. Within hours of being posted, the video had more than 38,000 views.

Heyworth shares his research with students through his classes at the university’s Sally McDonnell Barksdale Honors College. UM students interested in the Lazarus Project can vie for positions on the imaging teams. You can see the work that they are able to do using the portable multispectral imaging lab below: