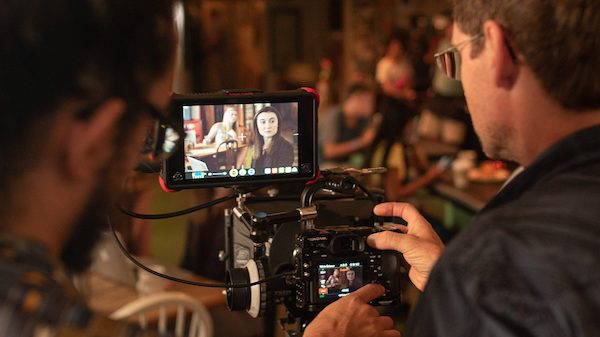 The University of Mississippi Department of Theatre & Film is debuting a new way for the university community and high school students to get involved in filmmaking.

The first-ever UM Film Festival One-Minute Film Competition is open for submissions through Sept. 21. The competition is free to enter and offers cash prizes; top finishers in the High School and University categories will be screened at the UM Film Festival, a free event taking place Oct. 12-13 at Fulton Chapel.

This snappy addition to the UM Film Festival’s offerings was conceived in a class taught by Harrison Witt, assistant professor of film production, who did a one-minute film project with students and was inspired by how much the students enjoyed it.

“I did a little research and found that there are quite a few one-minute film competitions out there,” Witt said. “It’s a great way to get involved without making a full-length film. And besides, short-form films are just fun to watch.”

To be considered in the High School category, a film must be made by someone who either is in high school or who was when the film was completed; the University category is open to all current and former Ole Miss students and current faculty and staff. All films must have been completed after Jan. 1, 2018.

Entries can be narrative, documentary, experimental or even promotional, but whatever the style, they must be under 60 seconds, including titles and credits.

“You might wonder if something so short is valid,” Witt said. “But think about how much work goes into commercials, and some of them are only 15 seconds long.”

In fact, commercials and “mock” commercial entries are welcome and encouraged.

“Our whole program is based on cinematic storytelling,” Witt said. “Bring anything you want.”

Witt hopes the short format will encourage people who might not otherwise consider making films to take a chance, and he wants it known that amateurs and others who have limited access to high-tech film equipment shouldn’t feel intimidated.

“‘Tangerine,’ which premiered at Sundance in 2015, was shot on iPhones,” Witt said. “Lots of our students make their films on phones.”

Sarah Hennigan, assistant professor of film production, emphasized that lower production costs and the ubiquity of basic equipment and editing software – such as cell phones and apps – make a project like this feasible for a diverse group of participants.

“With today’s technology, high school students are better versed in these things now than we were at that age,” Hennigan said. “I’m excited to see what people will come up with.”

Entries will be judged by a panel composed of faculty members Hennigan, Witt and Alan Arrivée, associate professor of film. Despite the lack of strict production guidelines and the assumption that many films will be made using “sophisticated phone gadgetry,” as Arrivée put it, judges are expecting high production values.

“We’ll be looking at how well people meet the challenge of telling a beginning-middle-end story in 60 seconds,” Arrivée said. “Even within short-film competitions, shorts have gotten shorter, and this is an extreme of that. It becomes more and more challenging.”

The competition is unique not only for its abbreviated format, but for its inclusion of high school students from both within and outside the state.

The Bachelor of Fine Arts in Theatre Arts with emphasis in Film Production is a new degree in the Department of Theatre & Film, and it’s among only a handful of film programs in the region. Opening the competition to high school students provides an opportunity for aspiring young filmmakers to interact with a program that could be a springboard for their dreams.

Besides the educational and entertainment value of the competition and the UM Film Festival overall, this new component serves to bolster Mississippi’s image as a rising star in the film world. The 15-year-old Oxford Film Festival, held annually in the spring, has attracted national media attention and recently landed on MovieMaker magazine’s list of “50 festivals worth the entry fee.”

“We want to promote the idea that Mississippi can be a home for independent filmmaking,” Hennigan said.