Students Recognized for Commitment to University

University of Mississippi students have been honored as part of their affiliation with the Columns Society to recognize their commitment to serving the institution.

Members of the Columns Society serve as the official hosts and hostesses for the university, and each year, awards are presented to those members who show exceptional faithfulness and service.

“These students have gone above and beyond their roles in serving the University of Mississippi, and I’m delighted to be able to honor them with these awards,” said Natasha Jeter, assistant vice chancellor for wellness and student success.

“Cade, Jay, Chloé and all of our Columns Society members truly embody what it means to represent this university and work tirelessly to demonstrate the principles of humble service, leadership and integrity in everything they do.” 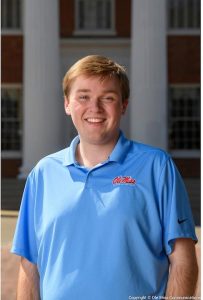 This award is named after Vice Chancellor Emeritus Larry Ridgeway, noted for living a life of humble service and integrity, and who inspired the founding principles of the Columns Society. Each year, Columns Society members vote to determine who will receive this honor. This year’s award recipient is Cade Slaughter, a junior public policy leadership and integrated marketing communications major from Hattiesburg. 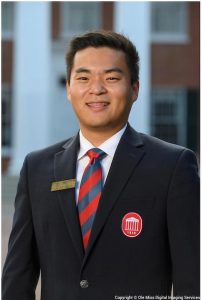 This award is named in honor of Christine Wallace, former director of university and public events, in acknowledgement of her tireless service to Ole Miss. The award is given to the member who served the most hours during the year. This year’s recipient is Jay Fritts, a senior biochemistry major from Collinsville.

This award is named in honor of Leslie Wright Showalter, former assistant vice chancellor for student affairs and longtime Column’s Society adviser. Each year, Columns Society members vote to honor one among them who goes above and beyond the duties of organization to make an everlasting impact on the greater LOU community. This year’s award recipient is Chloé Dwyer, a senior integrated marketing communications major from Southlake, Texas.