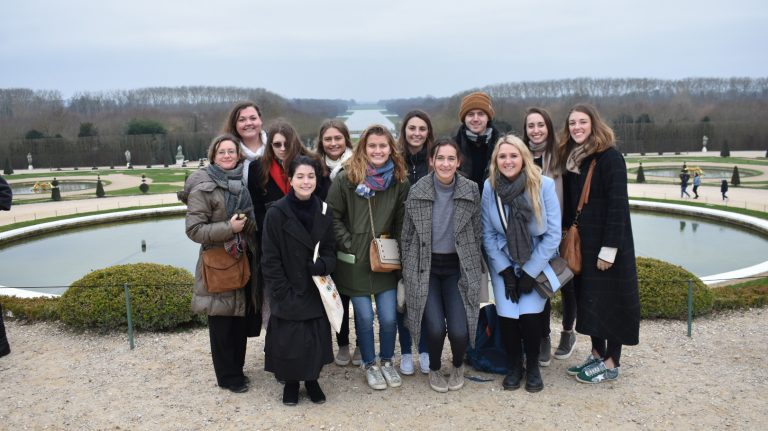 University of Mississippi students and two faculty members experienced a dream trip in January, traveling on a winter intersession study abroad trip to Paris for two weeks to learn about 19th-century French art and civilization.

Arizzoli said the trip was a rewarding experience.

“I have greatly enjoyed guiding the students through museums like the Louvre, the Musée d’Orsay and many more,” she said. “I was very impressed by my group of students, who were not only open-minded about French culture, food and other ways of life, but also intellectually curious and always up to undertake the challenge of tirelessly exploring the art.”

This was the first time the professors offered the course, Study Abroad in Paris: Nineteenth Century French Art and Civilization, and they hope to offer it again. 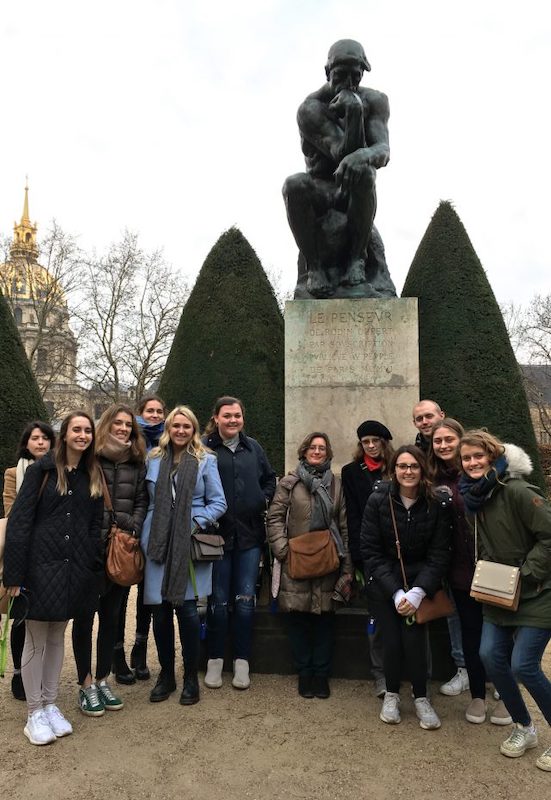 The course was an introduction to major themes in 19th-century French art. Beginning with the art of the pre-Revolutionary period and ending with symbolism and early modernism, the course included discussion of the influence of the revolutions of 1789, 1830 and 1848, the Napoleonic presence abroad, the shift from history painting to scenes of everyday life, landscape painting as an autonomous art form, and the effect of modern life on the Impressionists.

Arizzoli and Quinney also guided their students through landmark monuments of French artistic heritage, such as the Gothic cathedral of Notre Dame. The group is lucky to have seen the monument in all its beauty, just months before the April 15 fire that destroyed its spire and most of the cathedral’s 12th-century roof.

Each day was filled with learning something new about the production of art in France in the 19th century, Quinney said.

“All two weeks of visiting museums, exploring the city and immersing ourselves in Parisian life left me with a sense that I could understand the whole picture – how art and life were interrelated during this tumultuous and fascinating century – and how its imprint lives on in France today,” Quinney said.

Eleven students participated in the program, having met the prerequisites in French or art history.

Art history major Pearson Moore, a sophomore from Ponte Vedra Beach, Florida, said the trip was incredible, but for different reasons than she expected.

“I was greatly surprised by the degree of cultural differences I have seen and experienced here,” she said. “The submersion into culture, even for only two weeks, has taught me so much about language and communication with communities different (from) my own.”

The group shared space in apartments at a Cultural Experiences Abroad school in Paris.

The course was a spectacular and informative way to view the museums of Paris, said art history major Mary Claire Hayes, a senior from Clarksdale.

“I loved the combinations of places we visited and how they were chronologically arranged throughout the two weeks,” Hayes said.