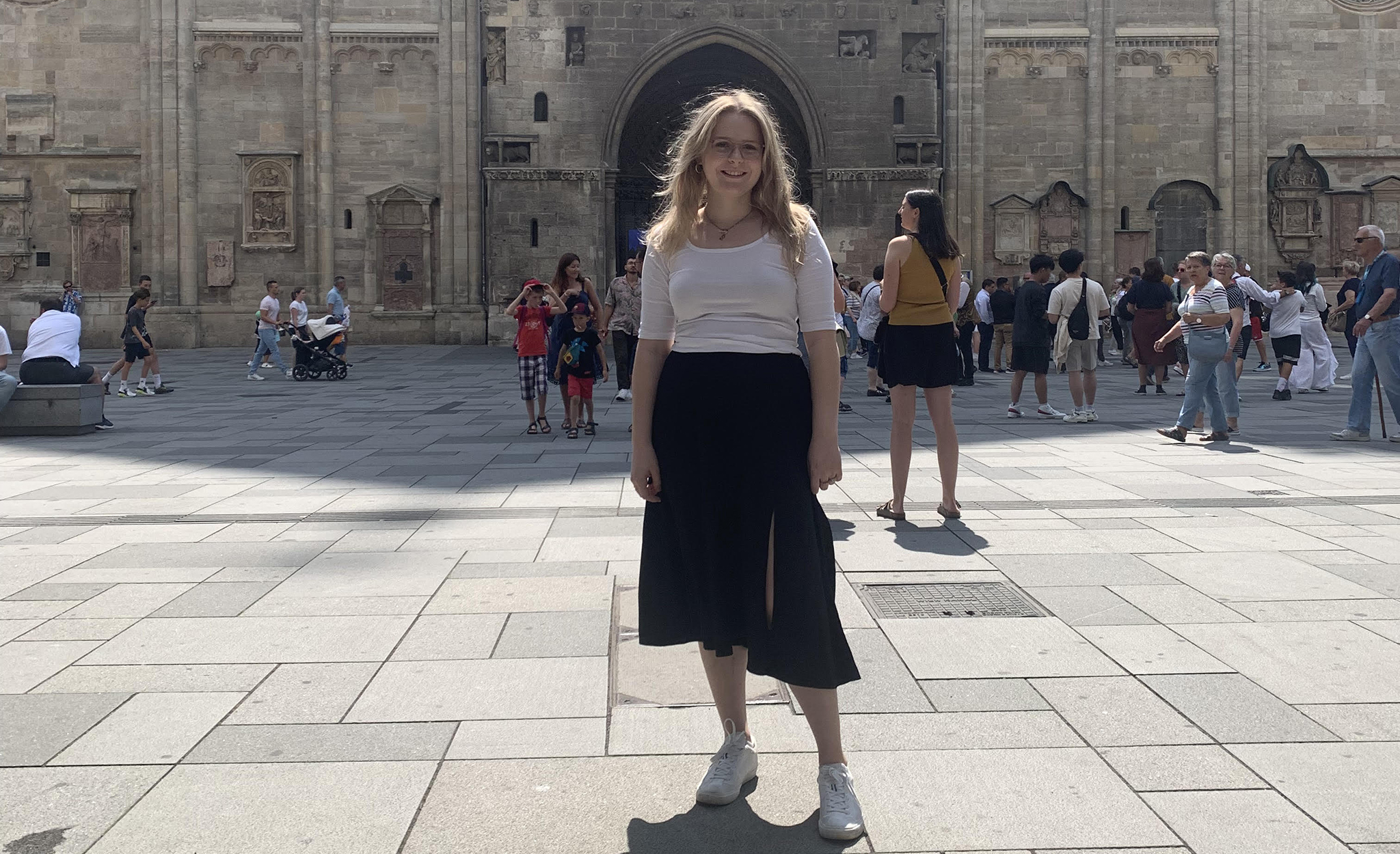 Savannah Whittemore spent her summer like many other law school students across the country: interning for a law firm. But Whittemore’s internship was different, perhaps even life-changing, because of its location.

The third-year law student at the University of Mississippi spent her summer in Germany working for Meissner Bolte, an intellectual property firm, as part of the German American Exchange program.

Whittemore, of Grenada, is the first UM student accepted into the highly competitive program that matches U.S. students with three-month paid internships abroad.

Working overseas provided were many memorable experiences, but one that sticks out took place back on native soil, Whittemore said.

“I wrote a client cease-and-desist letter for an intellectual property firm,” Whittemore said. “The letter is sent to a competitor that was infringing upon your patent.

“When I was on my way home, I was in the Atlanta airport, (and) they emailed me saying they used my letter without any edits. I felt like I did something right.”

German American Exchange aims to give students necessary skills to excel in the international job market by engaging in cross-cultural experiences while gaining professional experience. 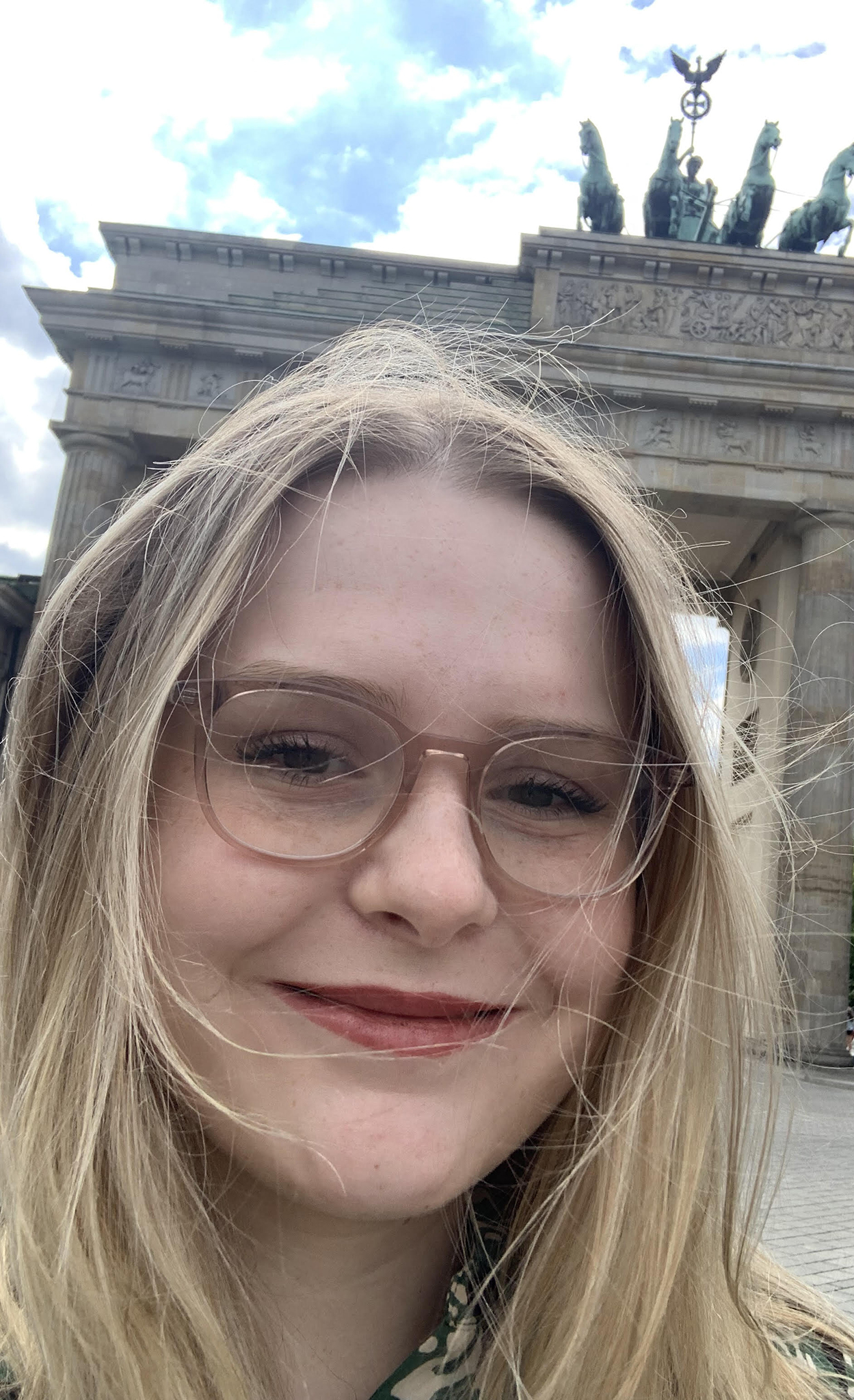 Savannah Whittemore visits the Brandenberg Gate in Berlin while interning in Germany with the German American Exchange program. Submitted photo

Whittemore, who earned a bachelor’s degree in German and international studies from UM in 2020 and had been to Germany three other times, was keen on overcoming cultural barriers by deepening her understanding of international law.

“I had probably 15 different textbooks on my desk all summer, all the ones that the firm could find on German law in English,” she said. “For a while, there was this expectation that you would read 500 pages a day about an assigned topic and then write a summary and submit it to the managing partner.

“That was kind of like my introduction to it because he knew I didn’t have any background knowledge about IP law in general, let alone any German laws.”

While going to work abroad to further develop a global perspective, Whittemore learned a lot about herself along the way.

“I was kind of forced to jump out of my skin a little bit and meet people,” she said. “And it’s very difficult to meet people who speak great German and great English, because then they kind of default to English and then you can’t practice your German, and so there were a lot of obstacles with people.

“But it was good. Overall, it was a good learning experience.”

Daniel O’Sullivan, professor of French and chair of the UM Department of Modern Languages, believes that going abroad is a vital part of maturing outside of the classroom.

“It brings perspective to the world that is invaluable in something you cannot get by only staying in your native culture for your whole life.”

Internships can be more fulfilling than just studying abroad because participants are also building a global network, O’Sullivan said.

And now that Whittemore has had a successful experience, the hope is that more UM students will take part in the program.

“You are learning about how other cultures might do the things that you’re drawn to in this culture,” O’Sullivan said. “If you’re able to find a place that is going to take you under its wing, and take you in and guide you and sort of help you build professional skills, you might think, ‘Wow, I want to do this for the rest of my life.’

“You’re certainly going to learn something, and it’s something that you will change your life.”