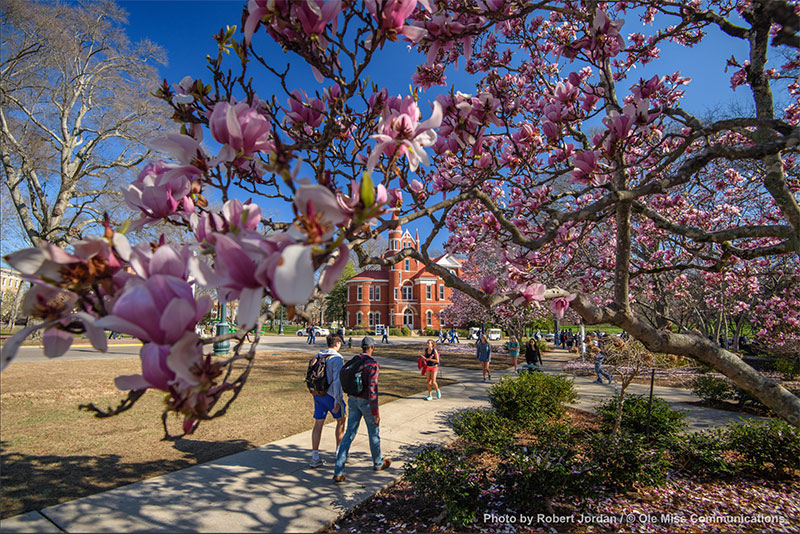 Most departments in the College of Liberal Arts have scholarships available for their majors.  The following links provide more information.

Scholarships are available through the Ole Miss Women’s Council for Philanthropy.

The Dean’s office in the College of Liberal Arts administers the following scholarships. 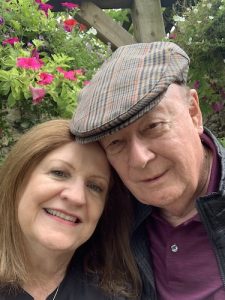 The Furlong Family Scholarship provides scholarship to a full-time student in the College of Liberal Arts for up to eight semesters with a 3.0 GPA who are from: Davidson County, TN, California, Illinois, or Florida. Incoming freshmen from those locations who have been accepted to UM should complete the Special Programs and Scholarship application for UM. Incoming transfer students from those locations should contact the Office of the Dean at ventress@olemiss.edu for application information.  The deadline for application is February 15.

Mr. Larry and Emily Furlong met at UM in the late 1960s, and their two daughters also attended UM. All earned their degrees from the College of Liberal Arts – political science, sociology, art, theatre, journalism, history, and anthropology.  Now residing in Florida, Mr. Furlong is Vice President of Sales with Old Republic National Title Insurance Company, and Mrs. Furlong is Senior Program Manager for the Rollins College Philanthropy and Nonprofit Leadership Center.  They want to give back to the university that helped their daughters attend school through scholarship support.  “Their scholarships were a real boon to us financially, so this endowment was our way of giving back to the university for its generosity to our children,” Larry said.  “We chose the College because all four of us were liberal arts majors.  We decided to award the scholarship to applicants from the states where we were originally from or where we had lived the longest.” 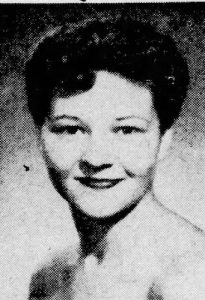 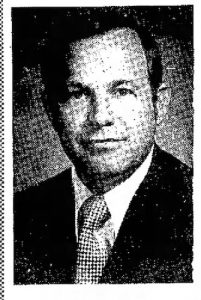 The John Kenneth and Betty Overstreet Gresham Scholarship provides scholarship to a full-time entering freshman in the College of Liberal Arts for up to 10 semesters.  Recipients must demonstrate academic achievement, leadership, and financial need.  Interested students should complete the FAFSA and the Special Programs and Scholarship application for UM.  The deadline for application is February 15.

John “Buddy” Overstreet (1930-2009) served in the Korean War as 1st Lieutenant in the 224th Regiment of the 30th Infantry Division before attending UM.  He and his wife were residents of Greenville, MS, for 42 years before retiring to Oxford.  He served four terms in the MS Senate, held many leadership positions in the state and in higher education, co-owned WJPR Radio Station in Greenville, and owned several nursing homes across the state. 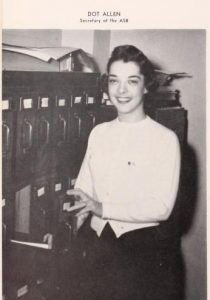 Dorothy Allen Halliday in the 1956 yearbook.

The Dorothy A. Halliday Liberal Arts Scholarship provides scholarship to full-time entering freshman in the College of Liberal Arts for up to eight semesters. The recipients must have financial need and be residents of Shelby County, TN.  First preference is for students in the FASTrack program. Incoming freshmen from Shelby County, TN who have been accepted to UM should complete the Special Programs and Scholarship application for UM by February 15.

The John Thomas “JT” and Sadie Ricks Hardy Scholarship provides scholarship to a full-time sophomore in the College of Liberal Arts for up to six semesters.  The recipient must have earned at least a 3.0 GPA during the freshman year, have financial need, and be from Prentiss or Lee county.  Interested students should complete the FAFSA.  There is no application process.

John Thomas “JT” Hardy (1906-1978) and Sadie Ricks Hardy (1906-2007) were both born in northeast Mississippi near Booneville & attended the rural public schools.  Sadie enrolled in Blue Mountain College around 1924, marrying J.T. in 1928. During the 1930s, J.T. worked in retail sales and Sadie taught in the public schools.  For thirty years J.T. was an agent for the National Life and Accident Insurance Company, retiring as a district manager in 1971.  Both are buried in the Booneville Cemetery. Their son, John Thomas Hardy Jr. entered UM in 1956 and graduated in 1960 with a B.S. in chemical engineering.  He then attended Louisiana State University to earn a M.S. degree (1962) and PhD degree (1965) in mathematics.  Dr. Hardy held faculty positions in mathematics at the University of Georgia (3 years) and the University of Houston (46 years).  At the University of Houston, he served as Associate Dean in the College of Natural Sciences and Mathematics for 26 years, retiring in 2016. 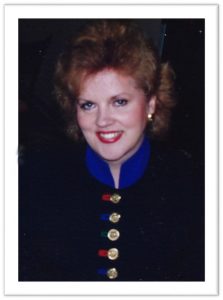 The Rexine M. Henry Memorial Scholarship provides scholarship to a full-time incoming freshmen in the College of Liberal Arts for up to eight semesters (maintaining a 3.25 GPA). The recipient must have financial need, a high school GPA of 3.5, and be from Hinds, Madison, Covington or Scott county.  Interested students should complete the FAFSA and the Special Programs and Scholarship application for UM by February 15.

Established by Dr. D. Chan Henry of Jackson, MS, the scholarship honors his wife, Rexine, who died in 2010 from a lengthy battle with cancer.  The Henrys each earned bachelor’s degrees from UM, hers in nursing and his in liberal arts with an emphasis in science.  Dr. Henry completed his medical degree from UMMC in 1974, and is an anesthesiologist and partner with Jackson Anesthesia Associates.  “Mom was a very selfless and giving person,” said Ann Marie Lee, one of her daughters. “She always put others before herself.  I think it’s very appropriate that Dad is giving back to students in her memory.” 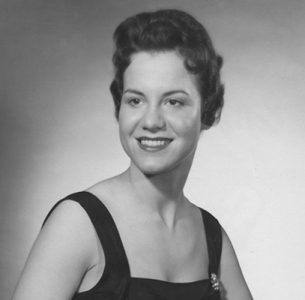 The Mitzie B. Lindsey Memorial Scholarship provides scholarship to a full-time student in the College of Liberal Arts with a 3.0 GPA who desires a career in teaching.  First preference is for a Mississippi resident.  There is no application process.

The endowment was created by three sisters – Leah L. Thomson, Lori L White, and Laura W. Milling – to honor their mother who was passionate about education as a teacher of students with special needs in Fulton, MS. “My mother was smart, beautiful and gregarious, and she always had a smile and kind word for everyone.  She was an excellent role model and encouraged her daughters to try things, to seize opportunities.  She valued education and loved Ole Miss and the state of Mississippi,” said Thomson.