Posters in the Rotunda Event to Showcase Student Research 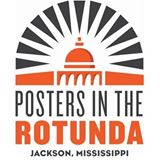 Students from all eight of Mississippi’s public universities, including three from the University of Mississippi, will share their research and creative activities on topics ranging from health care to cultural heritage to agribusiness with legislators and state leaders at Posters in the Rotunda, set for Thursday (March 24) in the Rotunda of the state Capitol in Jackson.

The students will show how their research solves some of Mississippi’s most pressing problems and benefits the citizens of the state. The UM students presenting in the Posters in the Rotunda event are:

– Katelyn Allen, a chemistry major from Hernando who studies on the Oxford campus. Allen, who plans to attend dental school at UM, is researching the physical properties of newly developed halogen bond donors using Raman spectroscopy and electronic structure theory, toward the development of advanced materials for solar cell and drug delivery applications.

– Benita Williams, a medical laboratory science major from Jackson who studies at the Medical Center. Williams, who plans to pursue a Ph.D. in Health Sciences at UM and become a researcher, is involved in research related to identification of molecular markers released during trauma, to help early diagnosis of patient with sepsis.

– James Robinson, a general engineering (pre-med) student from Covington, Louisiana, who studies at the Oxford campus. Robinson, who plans to become a physician and go into sports medicine, is involved in research investigating the immediate and cumulative effects of soccer heading on brain injury, toward improving awareness and coaching practices to change concussion culture in youth and women’s sports.

The event provides opportunities for legislators to visit with students from their districts, allows students to network with one other as they learn about work on other campuses, and showcases the cutting edge research conducted by undergraduates that benefits the residents of Mississippi.

“We are very excited about the event and hope it will share with the legislators and public the incredible research projects conducted by undergraduates at all eight public universities in the state,” said Marie Danforth, chair of the steering committee for the Center for Undergraduate Research at the University of Southern Mississippi and coordinator of the event.

“We are very proud that undergraduates were integral to many aspects of the launch, including the creation of the Posters in the Rotunda logo as well as designing the website and placing it in operation.” 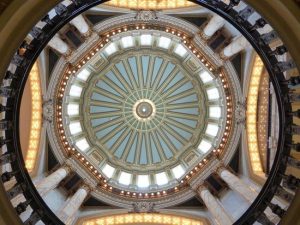 Modeled after the Posters on the Hill event in which students from across the country share their work in the U.S. Capitol in Washington, Mississippi’s Posters in the Rotunda event is similar to ones held in 17 other states. The posters will be on display in the Capitol Rotunda from 7:30 to 9:30 a.m.

Scheduled speakers include Lt. Gov. Tate Reeves and Commissioner of Higher Education Glenn Boyce, with introductions given by Gordon Cannon, vice president for research at the University of Southern Mississippi.

A proclamation of support will be given in the House Chamber at 10 a.m. and in the Senate Chamber at 10:30. Senate Concurrent Resolution 606 designates March 24, 2016, as “Undergraduate Research Day in Mississippi” to emphasize the value of scholarly inquiry and the application of research to the education of future leaders. The resolution has been approved by both the Senate and the House of Representatives.

“Students who generate their own research projects at the undergraduate level gain firsthand experience in identifying topics that merit investigation, designing and executing detailed research plans, applying for grant funding, and communicating their findings both in writing and via conference-style presentations,” said Rodney D. Bennett, president of the University of Southern Mississippi.

“These experiences strengthen their work ethic and time-management skills. Participating students are also better prepared for rigorous graduate school courses and have a higher level of confidence in their ability to succeed in master’s, specialist’s and doctoral programs.”

More information on the Posters in the Rotunda event is available at http://mississippi.edu/posters.