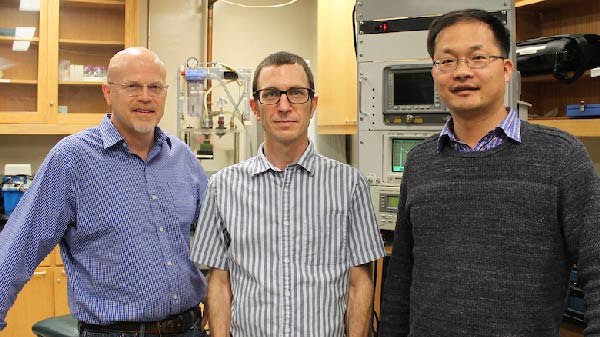 A University of Mississippi physics professor has received a prominent award for his contributions to the field of acoustics.

Likun Zhang, an assistant professor of physics and astronomy and researcher at the National Center for Physical Acoustics, or NCPA, was bestowed the R. Bruce Lindsay Award from the Acoustical Society of America during its recent 180th meeting.

The award is presented each spring to a society member who has contributed substantially, through published papers, to the advancement of theoretical or applied acoustics, or both.

The award citation noted that Zhang was receiving the honor for his contributions “to the understanding of radiation pressure, acoustofluidics and the interaction between fluid flows and acoustic fields.”

“To me, the award recognizes the work I have accomplished with all the collaborators I have had the pleasure of working with,” said Zhang, who joined the university in 2016. “More importantly, the award shall encourage me to continue high-quality work because of the distinguished prior recipients, who have made numerous contributions to acoustics.”

Founded in 1929, the Acoustical Society of America is the premier international scientific society devoted to the science and technology of sound. The society’s membership includes more than 7,500 leaders in the field of acoustics around the world. 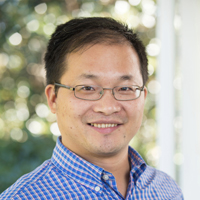 Zhang received the award, which is presented to an early career member who received their terminal degree in the last 10 years, during the society’s Plenary Session and Awards Ceremony on June 4.

“It is difficult to fully capture Dr. Likun Zhang’s impact on the acoustics and scientific community; however, I believe it is clear that, even at this early stage of his career, he has made significant contributions,” said Josh Gladden, UM vice chancellor for research and sponsored programs and the society’s new vice president. “I look forward to watching his growth in the coming years and trying to keep up with his rapidly developing research program.”

“The development of noncontact manipulation of fluids is based on our understanding of the physics for the forces exerted by sound waves to achieve extraordinary manipulations, like tractor beams,” Zhang said. “One of the challenges we are researching is to manipulate fluids in space under the low-gravity environment, which is significant for the interest of NASA’s mission.”

Zhang began his studies in this area with a couple of influential articles in 2011 in the Physical Review E journal, with the first explaining how sound waves can exert a force to pull an object toward the beam source like a tractor beam. The second article revealed how sound waves can be twisted and absorbed to exert torque to rotate an object like a sonic screwdriver.

These insightful theories have been cited and validated by researchers in counties around the world, including the U.K., China and France. Prominent international researchers have based their research on Zhang’s theoretical work on forces and torques exerted by sound waves.

Working with UM physics professor Joel Mobley, a senior scientist at the NCPA and chair of the Physical Acoustics Technical Committee of the Acoustical Society of America, and Robert Lirette, a UM physics postdoctoral research associate, Zhang’s research into sonically capturing a droplet and moving it without any direct or mechanical contact, using only acoustic waves, was featured in the December 2019 edition of Physical Review Applied.

The ultrasonic extraction and manipulation of the droplets were performed using a technique called near-field acoustic tweezers, which essentially uses sound as an invisible force field and is a new capability using the well-known tweezer phenomenon. The droplets being pulled from a surface and then staying trapped by the sound waves is the key novelty.

The work has useful applications in chemistry or biology laboratories, biotechnology spheres or in any field where the controlled removal and controlling of droplets without physical contact could be of use.

The researchers are exploring how to extract 3D structural information on the water column between the surface, from where acoustic pulses originated, and the ocean floor.

“The outcome is to deepen our understanding of ocean water column dynamics and guide the development of future 3D seismic oceanography,” Zhang said. “Meanwhile, this topic is usually explored in oceanography or marine geophysics.

“We are the first in the ocean acoustics community to study the problem. We seek to build on our understanding of underwater sound propagation to develop processes that can improve the quality of the imaging.”

While Zhang is trained in physics and, specifically, physical acoustics, he welcomes opportunities for collaboration with other researchers in various disciplines within NCPA, the Department of Physics and Astronomy and across the university.

“The center is a fantastic place where we have colleagues with expertise in diverse areas of research in acoustics,” Zhang said. “Their complementary background allows me to develop research beyond the interest of my group.”

A native of Quanzhou City, China, Zhang earned bachelor’s and master’s degrees in acoustics at Nanjing University. He earned his doctorate in physics at Washington State University, studying under Philip Marston.

His work at Washington State University earned him the Frederick V. Hunt Postdoctoral Research Fellowship in Acoustics from the Acoustical Society of America, which he used to study with Harry Swinney at the University of Texas.

Since joining the university in 2016 and establishing his research home in NCPA, Zhang has busied himself with teaching, research and service, while also being a mentor to younger scientists, including postdoctoral fellows, doctoral students, graduate and undergraduate students, and visiting scholars.

“I am motivated to pass my understanding of physics to the students,” Zhang said. “I try to inspire my students to have curiosity and passion about their research, broaden their knowledge and background, think about the research in-depth, be able to communicate research via oral communication and writing well, and be willing to collaborate in a team. All of these aspects, that we may not see directly via publications, will be important for their future career.

“I care about the success of my students. There are already three Ole Miss students and one postdoc who finished their research with me, and they all have a job. That is rewarding.”