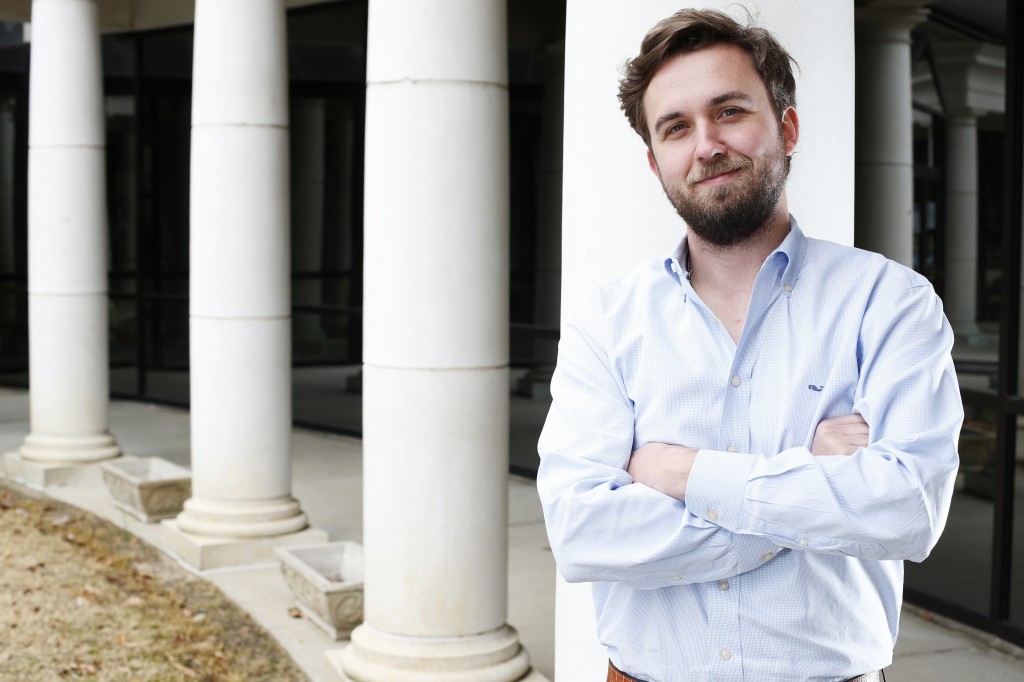 The second year student at the UM School of Law and a classmate teamed up to win the family law Gabrielli National Moot Court Competition at Albany Law School in New York on March 2. The student pair defeated Seton Hall School of Law in the final round. More than 20 law schools participated including LSU, Florida State University, New York, and Wake Forest.

“The family law national championship demonstrates concretely the depth of talent we have at the law school—many students capable of top-flight advocacy,” said Matthew Hall, senior associate dean for academic affairs and faculty adviser to the moot court board.

For the competition, the students argue unresolved issues in family law by submitting a brief and through oral arguments the weekend of the competition.

Two preliminary rounds proceeded eliminations, and the 16 teams with the highest scores (50% brief and 50% oral argument) advanced. Semi-final scores were 90% judges’ score and 10% brief score, and the finals were based solely on judges’ votes.

“We knew we had to beat Seton Hall flat out in oral argument,” said Lyons. “These judges and justices who judged the competition actually wrote the opinions of these cases. They were the absolute best captive audience you could hope for.”

The winning case concerned whether the state could take children from families based on emotional harm, rather than physical harm. In other words, if a parent is regularly abusing his or her spouse but not the children, does that give the state grounds to take custody ex parte, or without representation or notification of the parents. Lyons argued in favor of the state’s right to do so. He felt it was the weaker side but that it also gave the pair a greater opportunity to stretch.

Lyons, a Mississippi School for Mathematics and Science graduate, planned to attend medical school. After his top-choice program allowed him to defer a year, he opted to travel. A scholarship award from UM paid for graduate school plus a stipend, and he earned his masters in physics.

He also began to have second thoughts about his career path. “I liked the idea of being a doctor more so than being a doctor,” he said. Instead Lyons was drawn to fields like intellectual property and patents. “I’m more interested in the technical, logical part of the law,” he said.

One of the greatest benefits of the championship was learning the importance of demeanor in both oral arguments and written ones. “The single most important thing to take away from this is the way I present myself in the courtroom,” said Lyons. “Dean Hall told us the best way you can ever win is by a hair’s worth of difference, not by being a bulldog. I learned he’s absolutely right.”