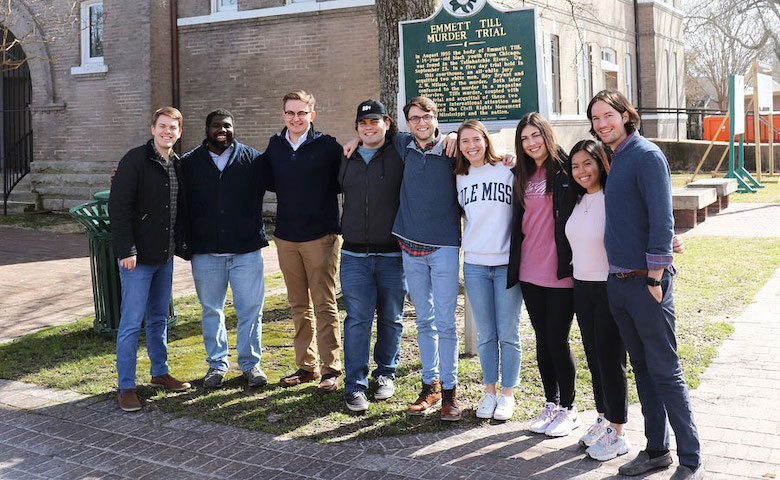 That was also the word that kept returning to the mind of Chancellor Emeritus Robert Khayat 20 years ago when he proposed establishing a new scholarship program. He envisioned providing deserving students who wanted to attend the University of Mississippi (UM) with the financial help needed to do so. 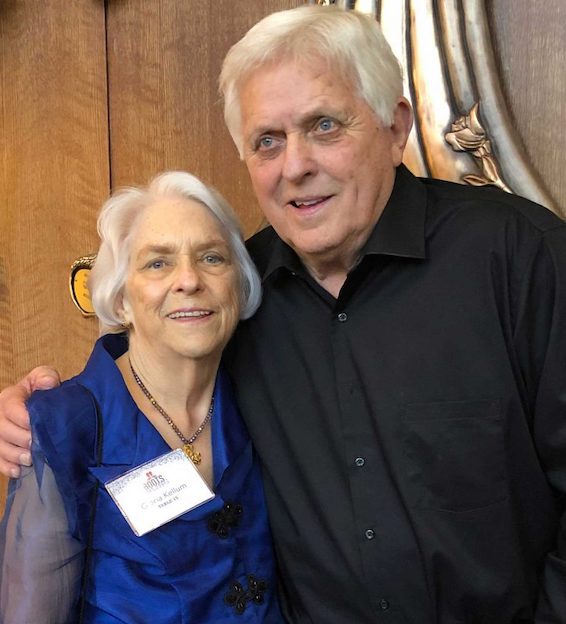 “We say that phrase a lot, but I was thinking about how Ole Miss really is a family,” recalls Khayat. “Not only do we have generations of people from particular families who have come here, but we are constantly looking for ways to bring more people into our family, especially those who may be the first members of their families to attend college.

“In naming the scholarship ‘Ole Miss First,’ we also were telling the best and brightest students that we wanted them to make Ole Miss their first choice for a college home.”

Shortly after the idea for the scholarship program was born, a team of UM alumni came together in 2002 to begin raising the needed funds. In the years that followed, a variety of University faculty and staff members have overseen and enhanced the program, while generous donors have provided ongoing financial support to the life-changing scholarships.

Consequently, dozens of students have been selected as OMF Scholars and had their academic dreams come true as a result of the scholarship that provides $4,500 annually for four years to each recipient.

Everyone in the diverse group associated with the scholarship program – the administrators, donors and scholarship recipients – shares in the knowledge that they are all valued members of the OMF family.

Leah Tucker Ferguson, who grew up in Pass Christian, Mississippi, was among the earliest recipients of an OMF Scholarship when she entered UM as a freshman in 2007. The funds were crucial to her academic journey that included her being a member of the Croft Institute for International Studies and the Sally McDonnell Barksdale Honors College.

“Being a part of the Ole Miss First Program opened up a lot of opportunities for me,” Ferguson says. “Not only did it greatly help offset the cost of tuition and books, but I was able to meet and get to know so many wonderful people from around the state and country, greatly expanding my horizons and opinions.”

After earning a Bachelor of Arts degree in international studies in 2011, she briefly moved to Washington D.C., then overseas to the United Arab Emirates where she was hired initially as an account executive at Edelman’s Dubai office and later as an account director for Hanover Communications, also in Dubai. Now, Ferguson is a senior director at Locust Street Group in Washington, D.C., where she lives with her husband and baby boy.

The Gladys and Milton Starnes OMF Scholarship played an important role in the educational and professional opportunities Ferguson has pursued since her time at UM.

The Starnes Scholarship was created when entrepreneur and businessman Michael Starnes of Memphis, Tennessee, committed $1 million to the OMF program in 2002. His gift honored Khayat and Starnes’ parents, the now late Milton and Gladys Starnes of Oxford, Mississippi.

“Ole Miss First is a great program,” Starnes said at the time he made the gift. “Hopefully, the student scholars will contribute to making Mississippi a better place. It’s the right thing to do. Giving has to be felt in the heart, and this is definitely coming from mine.”

Starnes shared that he wanted to honor his parents for instilling in him and his siblings an appreciation of higher education even though neither of his parents went to college.

“I think this is what Ole Miss First is all about,” Starnes said. “Each generation tries to do a little better in terms of educating its children and making Mississippi a better place.

“Ole Miss gave me the foundation to be successful. So many young people in Mississippi don’t go to college, and so many others leave the state for their education. The Ole Miss family must share in the responsibility of helping young people by providing scholarships.”

Since Starnes’ gift, the Ole Miss First endowment has grown to more than $4.3 million.

“I am very grateful for this scholarship,” Blanchard says. “While it has very significantly helped me financially, it has many more positive aspects.”

“When I came to Ole Miss, I was quite nervous about making friends and getting settled,” Blanchard says. “But everyone in this scholarship program welcomed me immediately with open arms. It’s been like gaining a second family.”

Today, the OMF program awards an average of 10 scholarships a year. As a result, at any one time, the program has about 40 scholars, ranging from freshmen to seniors, pursuing a wide variety of majors.

As part of the program, students also learn to practice philanthropy in their own lives and become campus leaders.

Blanchard, for instance, is involved in the Columns Society, Ole Miss Ambassadors and RebelTHON, the annual student-driven dance marathon to raise funds for the University of Mississippi Medical Center’s Children Hospital of Mississippi. She is a senator in the Associated Student Body, a member of the Black Student Union and a singer in the Gospel Choir.

Providing students with a well-rounded academic experience is precisely what architects of the program dreamed would happen.

“We saw the creation of the Ole Miss First Scholarship Program as a chance to leave a legacy beyond ourselves by helping young people reach their full potential,” says Ellen Robinson Rolfes of Memphis, the first OMF director.

“This was a way to give future generations of children the one gift besides love that would remain with them forever – an education.” 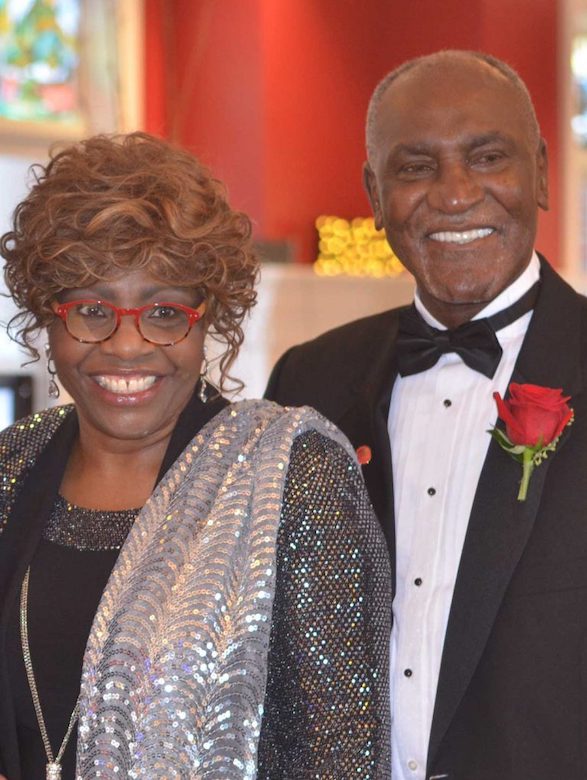 Don and Marcia Cole, both recently retired from the University of Mississippi, also were instrumental as members of the Ole Miss First National Steering Committee.

Don and Marcia Cole, both recently retired from UM, also were instrumental as members of the OMF National Steering Committee.

“What really appealed to me about the Ole Miss First program was the word ‘family,’” Don Cole says. “When we thought about the phrase ‘Ole Miss family’ in the past, the image of the faces in that family that came to mind was one that featured all white faces, and mostly white male faces.

“We saw the Ole Miss First Scholarship program as a way to bring more diversity into our student body and to be a more inclusive university. We hoped that, with time, when we asked people to imagine what our Ole Miss family album would look like when they opened it, they would see themselves represented and feel that that they were not just a part of this family, but welcomed, vital members of our family.”

As a result of taking this all-inclusive approach, the OMF Scholarship campaign proved to be a success, he says.

Student Marissa Russell of Pontotoc, Mississippi, sees herself in the UM family album that Cole and others envisioned. Now a senior majoring in criminal justice, Russell remembers how all the anxieties she felt beginning her college career quickly faded shortly after she “found a family at Ole Miss First.”

“Being a member of Ole Miss First has taught me the importance of stepping outside of my comfort zone,” she says. “As an Ole Miss First Scholar, I have discovered several passions of mine.”

The recipient of the Anna McDonald Berryhill Ole Miss First Scholarship, Russell not only became a student fascinated by the study of criminal law and set a goal for a career in the legal profession but also “learned about the power of community service.”

The program provides a welcoming, supportive environment for its scholars.

“This scholarship has already been helpful in so many ways, but I’d say what is most important to me is how caring the people involved are,” says J.T. Johnson, a UM freshman from Fulton, Mississippi, majoring in music education.

“Everyone in charge supports each and every person in this program,” he says.

Rosie McDavid, the OMF director, and her staff wouldn’t have it any other way.

“Everyone involved in Ole Miss First strives to create a family environment within the larger Ole Miss family,” McDavid says.

She and her team, which includes development associate Suzanne Helveston and graduate assistants Tate Dye and Lilly Slaughter, plan and host a variety of educational and social events for the OMF Scholars each semester.

As the scholars establish relationships with student organizations on campus and nonprofit service groups in the community, they become more engaged, gain confidence and learn leadership skills that stay with them long after they leave the university.

Looking back on the impact the program has had on its scholars, the university, the state and far beyond, Khayat says he is enormously grateful to everyone who assisted in taking what was an idea he had, turning it into something real and far greater than he could have imagined.

“The Ole Miss family has become more diverse and more complex, and this has made the University of Mississippi stronger,” Khayat says. “And a strong family educates its youth.

An individual or organization can establish one OMF Scholarship for $25,000 payable over five years, while a permanently held named OMF endowment can be established at $125,000.

For more information, contact Suzanne Helveston, development associate, at shelveston@olemiss.edu or 662-915-2956, or visit the Ole Miss First website at https://omf.olemiss.edu/. Contributions also may be made through the University of Mississippi Foundation, 406 University Ave., Oxford, MS 38655.