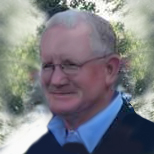 Mr. Robert Harper has been in private law practice for over 25 years in the Memphis area.  He has also served in the U.S. Marine Corps and the National Guard.

Robert Harris Harper grew up in the small Mississippi Delta town of Indianola. An Eagle Scout, he grew up showing livestock in the 4-H club and competing in tennis and golf tournaments. He graduated from Mississippi Delta Junior College (now Mississippi Delta Community College) where he was inducted into the MDJC Hall of Fame and involved in student government. He then entered the University of Mississippi where he graduated with a BA in English in 1977 and a Juris Doctor in 1980.

Admitted to the bar in that same year, Mr. Harper worked for the state Attorney General’s office in Jackson as a special assistant in federal litigation. During his college years he was enrolled in the US Marine Corps Platoon Leaders class and attended Naval Justice School in Rhode Island. Prior to civilian practice he served three years of active military duty with the United States Marine Corps in the Judge Advocate General Corps (1980-1983), living in Japan for over two years while on active duty. He was discharged from the Marine Corps with the rank of Captain. From 1986-1990 Mr. Harper was public information officer for the Mississippi National Guard.

Mr. Harper has been in private law practice for over 25 years in the Memphis area where he is admitted to practice in numerous federal courts. He is also engaged in farming in Yalobusha County, Mississippi, with a keen interest in organic farming.  He enjoys travel, scuba diving, hunting and salt water fishing. Bob is an active member of the UM Alumni Association and the Athletics Foundation. He and wife Lee (Burleigh), have one daughter, and live in Memphis. They have generously supported their community and have been active members of a number of Memphis-based charities: BRIDGES donors, which helps Memphis youth pursue a brighter future; Hope House, a nonprofit organization for children infected or affected by HIV/AIDS; Metropolitan Inter-Faith Association (MIFA) supporting families in crisis; and Teach For America – Memphis.

At the university, Mr. and Mrs. Harper have supported College of Liberal Arts faculty research efforts, graduate student stipends in the Department of Modern Languages, and student veterans.