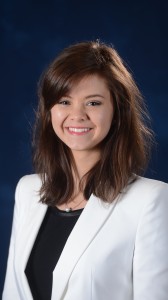 When Eleanor Anthony visited Vercelli, Italy, last spring, she was smitten with damaged 10th century manuscripts that she and others from the University of Mississippi were there to help recover. Little did she know that six months later, she would be presenting a plan to make those documents legible at an international conference in London.

Anthony, a junior mathematics and philosophy major from Jackson, was the only undergraduate student presenter at the DigiPal Symposium in mid-September at King’s College London. The conference, hosted by the King’s College Department of Digital Humanities, attracted notable paleographers and scholars from around the globe.

“After Stewart Brookes and Peter Stokes, the conference organizers, notified me that I was accepted to speak at the symposium, I was thrilled,” said Anthony, who spoke for 20 minutes about a correlation and probabilistic-based approach to transcription methods of damaged manuscripts. “I knew it would be a fantastic opportunity to meet scholars working in the field of digital humanities and see their research.”

As part of the Lazarus Project, a UM program specializing in the multispectral imaging of cultural heritage pieces, Anthony visited the Museo del Tesoro del Duomo in Italy. It was there she first laid eyes on the Vercelli Book and discovered what has become one of her life’s passions.

“I have always found data and narrative to be fascinating,” Anthony said. “As humans, we participate in a conversation that extends through time and encompasses all human endeavor. It’s amazing to interact with manuscripts that record the contributions of previous generations.”

While studying the Vercelli Book and conducting spectral imaging on the book’s text, the Sally McDonnell Barksdale Honors College student learned the importance of finding ways to successfully transcribe old data and manuscripts. Upon her return home, Anthony submitted a written summary of her own proposal for how transcription methods can be improved to the DigiPal Symposium. Her abstract was accepted.

“This 10th century Anglo-Saxon manuscript suffered physical damage due to the application of a chemical reagent during early transcription efforts, and as a result, large swathes of the text are completely illegible,” Anthony said. “After processing the spectral images, we are left with data that can be used in correlation-based approaches for text identification, and it is these methods, combined with contextual analysis, that should lead to a better understanding of the text.”

Her presentation touched on the history of the Vercelli Book and the Archimedes Palimpsest, as well as the basic mathematics behind the system she hopes to extend and implement while addressing the current problems within the data being researched now by the Lazarus Project. Anthony’s work is being hailed as “groundbreaking” by her mentor and sponsors.

“It is incredibly rare for an undergraduate paper to be selected for an international conference. It speaks to the uniqueness and quality of Eleanor’s research,” said Gregory Heyworth, UM associate professor of English and director of the Lazarus Project. “The character-recognition techniques that she is developing for damaged manuscripts are cutting-edge work, something that is appropriate for Ph.D. candidates or professors.

“Add to that the fact that the manuscript she is working to recover, the Vercelli Book from the 10th century, is the oldest example of Anglo-Saxon literature in existence, and scholars are bound to take notice.”

“Eleanor’s success represents what can happen when a high-performing student takes advantages of the doors of opportunity here at Ole Miss,” he said. “Eleanor’s intellectual curiosity, her philosophical drive combined with unparalleled support from Professor Heyworth, the SMB Honors College, Liberal Arts and the Provost Office produced an extraordinary moment for an undergraduate: presenting and defending a research topic at a graduate-level conference in the U.K. We are very proud of Eleanor’s stellar accomplishment.” 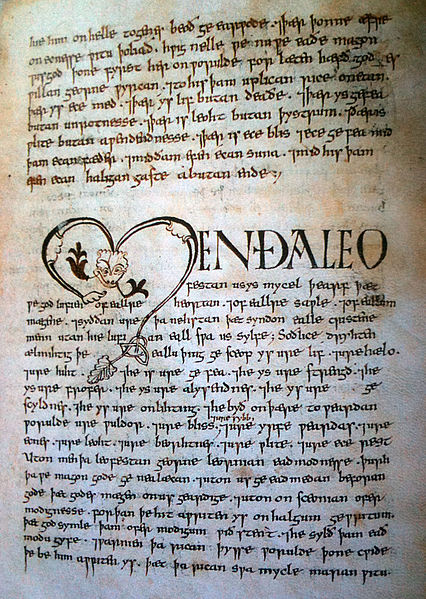 Anthony’s London presentation impressed those in attendance, but she was equally impressed by those she heard there.

“A particular highlight of the trip was speaking with Donald Scragg, a well-known authority on the Vercelli Book,” she said. “He has devoted most of his academic career to studying this manuscript, and I was excited to discuss my research with him. I found him to be enthusiastic about the project, especially in the sense that I will be recovering missing information that is not capable of being visually analyzed.”

She was also delighted to meet Brookes and Stokes and hear about their work on DigiPal, a digital resource and database of paleography and manuscripts.

“They seem to be doing really exciting work at the Digital Humanities Department at King’s College London,” Anthony said.

Listening to and interacting with both traditional paleographers and computer scientists discussing their research methods and text analysis proved very useful in Anthony’s own research.

“I learned much from the speakers on a wide variety of topics,” she said. “I was also happy to receive positive responses from the audience after giving my talk, with several useful recommendations for improvements I might consider. It is my intention to apply to present at conferences in the future as my research progresses.”

Anthony’s presentation will serve as the primary research leading to the design and implementation for her capstone project and honors college thesis entitled, “Archimedes’ Palimpsest to the Vercelli Book: Dual Correlation and Probabilistic Network Approaches to Paleography in Damaged Manuscripts.” Her ultimate goal is to create a computer program that will offer a transcription method for damaged text in manuscripts using word-level correlation approaches and sentence-level contextual analysis.

“On the whole, I think the experience will prove to be invaluable to be as I move forward with the project and in my study of digital humanities,” she said. “I am so appreciative of the opportunity to attend and present.”

The Sally McDonnell Barksdale Honors College, the College of Liberal Arts, the English department and the Office of Research and Sponsored Programs sponsored Anthony’s travel to London.