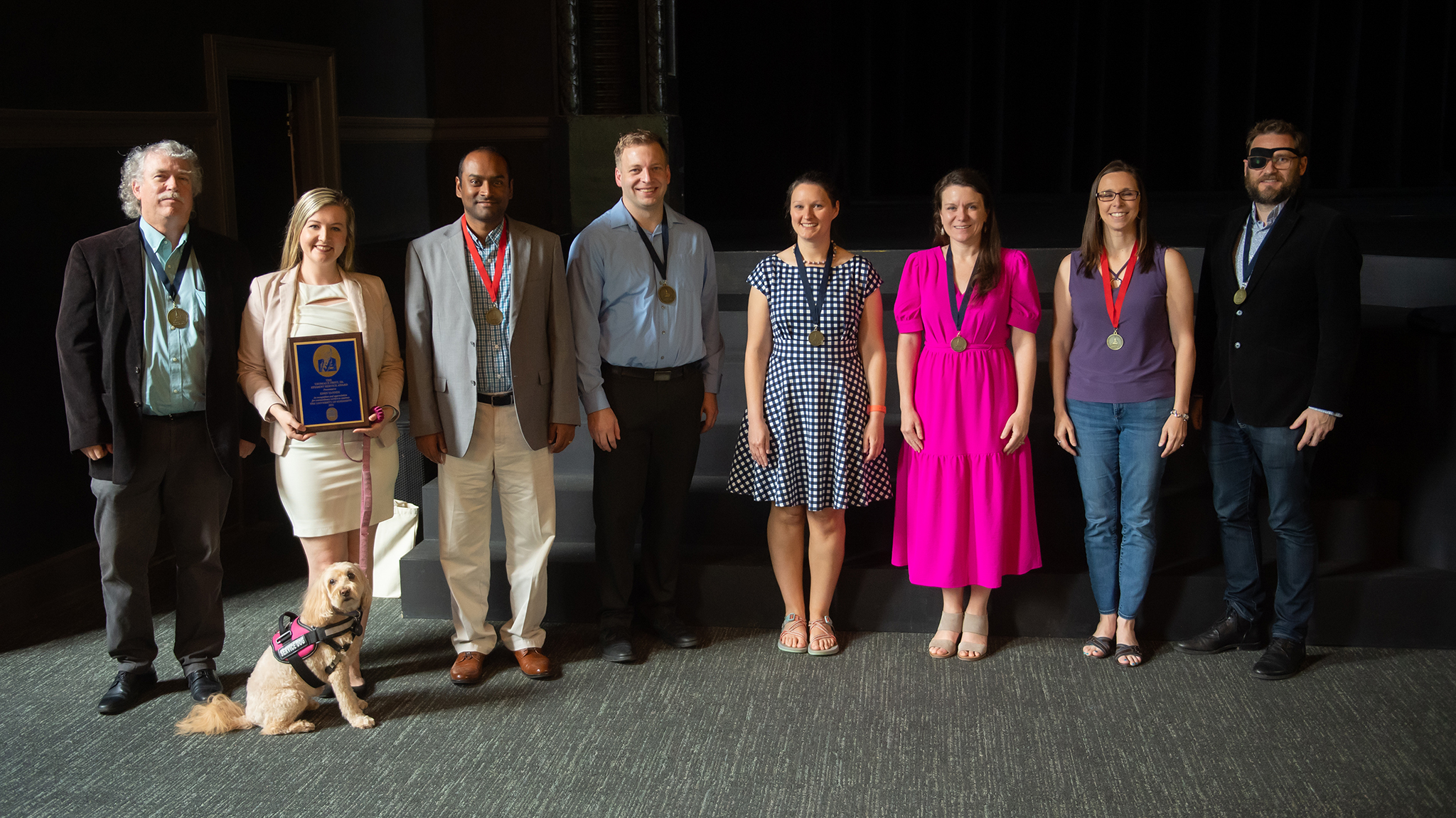 Eight University of Mississippi professors have been honored by the College of Liberal Arts for their excellence in teaching and research.

“The College of Liberal Arts is extremely proud of its three newest teaching award winners,” he said. “They span the liberal arts disciplines and represent the best the college has to offer in the classroom.

“In fact, the college has a rich tradition of valuing and honoring its best teachers. It cultivates and nurtures the best of pedagogical practices and methodologies for betterment and improvement.

“The students of the three being honored, as well as their colleagues, have spoken, and this year ensured that we honor some of the master teachers among us.”

Jared Delcamp, assistant professor of chemistry and biochemistry, is the recipient of the Melinda and Ben Yarbrough Senior Award for the Natural Sciences and Mathematics.

Excerpts from their nomination letters praised each of the research award recipients.

“(The) Chakraborty group (which is made up of both undergraduate and graduate students) does significant research that lies at the interface between biochemistry and inorganic chemistry and focuses on exploring the role of metals in biology,” one letter read. “But beyond the science, Dr. Chakraborty’s primary motivation is to help students achieve academic excellence and professional growth.”

Smith and her lab engage in three primary research activities: investigating people’s daily and relational well-being, examining the interpersonal aspects of personality and individual differences, and exploring the experiences of gender and gender ideology.

“Smith has demonstrated exemplary performance in research and creative achievement,” one letter stated. “Among her accomplishments in research to date are 41 peer-reviewed articles and three book chapters. She has also been a presenter and co-presenter for 100 presentations given regionally, nationally and internationally.”

A nomination letter for Ownby states, “(He) has distinguished himself as one of the most productive and pioneering scholars in both the History Department and in the Center for the Study of Southern Culture. (His) impact on the lives of students at both the graduate and undergraduate level is broad and lasting.

“But more striking is the tone of deep affection and regard his former students use in describing their relationship, which in many cases extends far beyond the UM campus and into their professional lives.”

“In his time with the university, Dr. Delcamp has grown a productive, diverse and inclusive research environment,” one of his nomination letters states. “As a true testament to the diversity of Dr. Delcamp’s activities, he has developed a summer school program for high school students in economically disadvantaged areas of north Mississippi.”