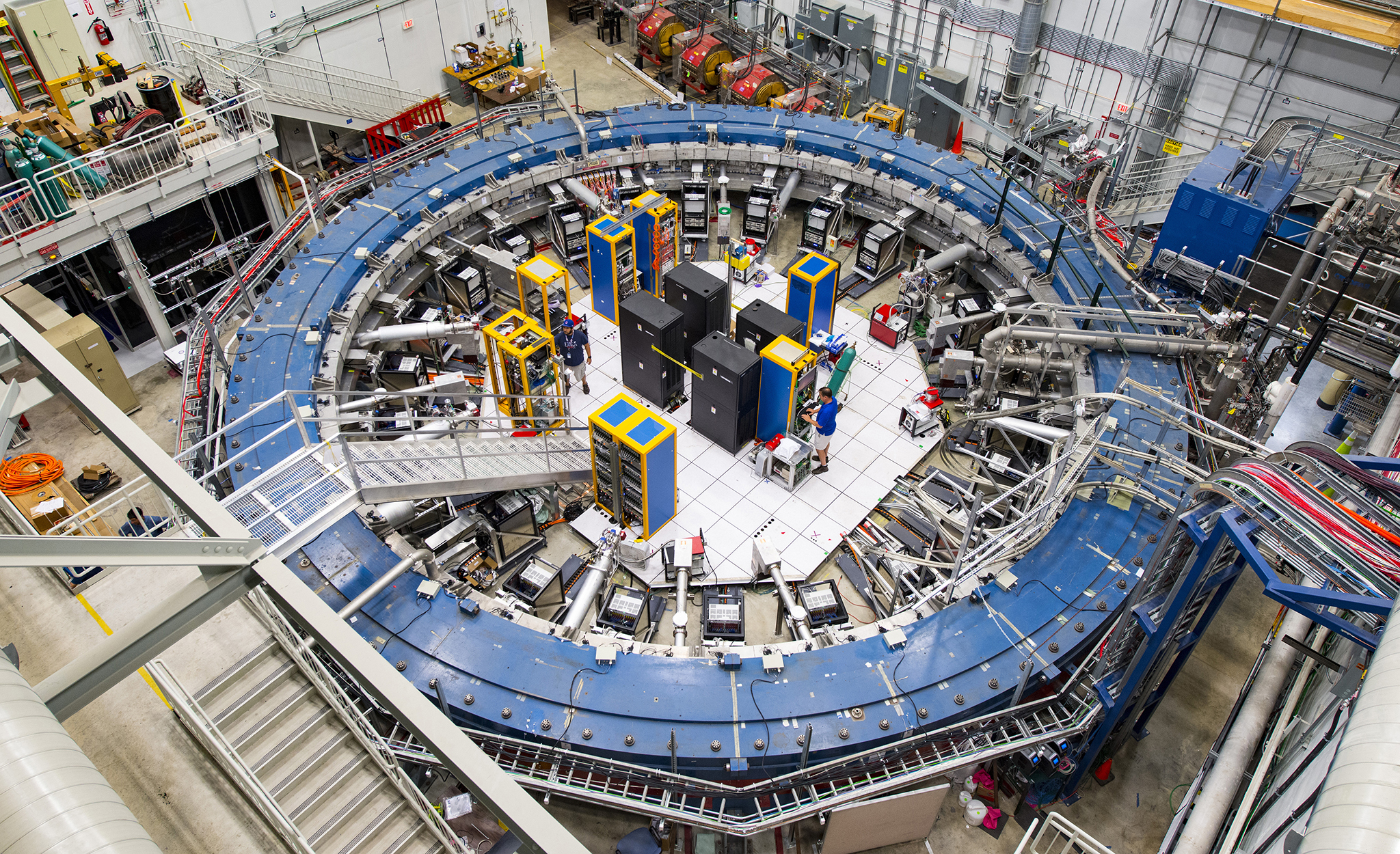 Quarks, leptons and dark matter are among the exotic-sounding topics up for discussion this week when dozens of the world’s top particle physicists gather at the University of Mississippi to discuss their research, exchange ideas and discuss future projects.

The 20th Conference on Flavor Physics and CP Violation is set for Monday-Friday (May 23-27), with sessions in Bryant Hall. Participants, including researchers, postdoctoral associates, and students from universities and research institutions around the world, will discuss recent progress in both theory and experiment on a range of topics in particle physics.

“FPCP is one of a handful of international conferences at which scientists from around the world meet to discuss new and compelling topics in the field,” said Jake Bennett, a UM assistant professor of physics and astronomy and chair of the organizing committee for the event.

“Among the topics that will be discussed are a number of experimental anomalies – differences between theoretical predictions and experimental measurements – that have stimulated a great deal of discussion in recent years.”

The first FPCP conference was held in 2002. Subsequent conferences have been conducted annually in North and South America, Europe and Asia, with last year’s meeting hosted in Shanghai. The 2023 conference is slated for Lyon, France.

Ole Miss organizers expect about 75 researchers and students to attend the in-person sessions, with about the same number joining in virtually.

“It is a great honor and an amazing opportunity for the University of Mississippi to host FPCP,” said Bennett, an experimental elementary particle physicist who also collaborates on the Belle II experiment based in Tsukuba, Japan. “It is extremely rare to have such a prestigious conference in the Southern US. We hope to put Oxford on the map.” 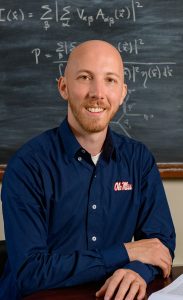 Jake Bennett, a UM assistant professor of physics and astronomy, is chair of the organizing committee for the 20th Conference on Flavor Physics and CP Violation. Photo by Robert Jordan/Ole Miss Digital Imaging Services

The “flavor” in the conference title is the name scientists give different kinds of quarks, which are the building blocks for particles such as protons and neutrons, Bennett explained. Together with leptons, such as the electron, these particles combine to form different types of atoms.

However, most atoms include only the lightest flavor of quarks, dubbed “up” and “down.” In high-energy environments, like that created by a particle accelerator, scientists can create and study four additional flavors of quarks: charm, strange, top and bottom.

To make matters even more complicated, each particle of matter has an antimatter partner that has the same mass and opposite electric charge.

Among the tools particle physicists use to understand the interactions of fundamental particles are symmetries. For example, electric charge is conserved so before and after an interaction, the total charge must be balanced. Other symmetries are violated or broken in ways that expose something fundamental about particle interactions.

One such broken symmetry, called “CP violation,” describes how certain particles and antiparticles behave differently. Scientists are particularly interested in comparing predictions for various interactions with experimental measurements. Any differences may point toward new particles and interactions that have not yet been discovered.

Several Ole Miss faculty members are collaborators on international experiments that are seeking to understand these fundamental particles and how they interact. These experiments include the Belle and Belle II experiments at the SuperKEKB accelerator in Tsukuba, Japan, and the NOvA and Muon g-2 experiments at Fermilab near Chicago.

This year’s conference reflects both the expertise of the university’s high-energy physics group and months of work by the local organizing committee, said Luca Bombelli, chair of the Department of Physics and Astronomy.

“This is an important conference, and the fact that the University of Mississippi was chosen as the host site attests to the status of our high-energy physics group in the scientific community and the quality of the work of Dr. Bennett and the other group members,” Bombelli said.

On the final day of the conference, organizers will host a physics master class in Lewis Hall, home of the Ole Miss physics department. The class is open to the public and will provide an opportunity to learn more about experimental particle physics and allow participants to investigate some real data from cutting edge experiments.

To register for the free class, go to https://relativity.phy.olemiss.edu/indico/event/342/.