Inaugural Playwriting Resident to Work This Summer at UM 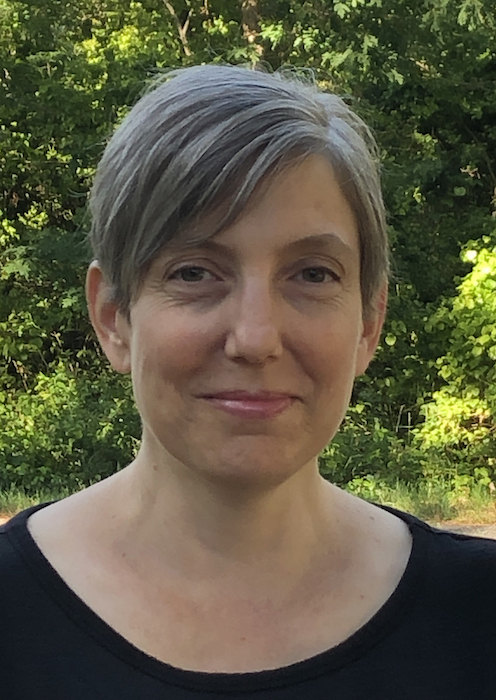 The University of Mississippi Department of Theatre and Film, in partnership with the Sarah Isom Center for Women and Gender Studies and the Yoknapatawpha Arts Council, is debuting an innovative program this summer that aims to address the opportunity gap faced by many new and emerging women playwrights.

The Emerging Women’s Playwriting Residency will invite one female or female-identifying emerging playwright to Oxford each year for nearly three weeks of unfettered time to concentrate on the creation of a new theatrical work that will subsequently be shared with the university and the Oxford community.

The first artist to be awarded the new residency is playwright and director Anne Marie Cammarato, who teaches at Temple University and the University of Delaware. Cammarato will arrive in Oxford in mid-July to work on a play that will be further developed via coursework with Ole Miss students and, ultimately, performed at the Yoknapatawpha Arts Council’s Powerhouse Community Arts Center.

The idea was conceived by Rhona Justice-Malloy, UM professor of theatre, who said she was inspired by her work with professional organizations such as the League of Professional Theatre Women, Women in the Arts and Media Coalition and the National Theatre Conference, where she serves on a committee called the Women Playwrights Initiative.

“Statistics show that women playwrights rarely have the opportunity to develop new works through multiple readings and productions,” Justice-Malloy said. “New voices can greatly benefit from support that allows them the time to think, rest, write and research – and Oxford is the perfect place to do just that.

“I wanted to see if we could find a way to support an emerging playwright – a woman, transgender inclusive. The whole idea is promoting new voices in theater.”

Working in partnership with the Sarah Isom Center seemed only natural: Justice-Malloy was named in 2018 to the inaugural class of Isom Center fellows, a two-year program designed to support faculty research projects in the area of gender and sexuality that would then be developed into courses to expand the gender studies curriculum.

The fellowships are made possible with funding from the Office of the Provost.

Jaime Harker, professor and director of the Isom Center, is enthusiastic about what this new program could bring to both the Isom Center and the Oxford community.

“It’s a great project, and it’s very much in line with our existing partnerships,” Harker said. “Of course, as a gender studies program, we’re interested in fostering women’s voices in art as well as other spaces.

“I think this could really be a signature event for Oxford.”

Harker lived in Pittsburgh during a time when the playwright August Wilson was living and working there, and Harker remembers the thrill of seeing early runs of some of Wilson’s plays that would later become famous.

“That’s not normally what you get to do when you don’t live in New York,” Harker said. “And I think it will be like that in Oxford, where you’ll get to see people who will be really important down the road, and you’ll get to be there at the start of it. I think that’s very exciting.”

Cammarato was chosen from 125 applicants, all of whom were asked to submit for consideration a letter of interest, a curriculum vitae and a sample script. A committee of readers that included university faculty, staff and students, as well as alumni and members of the community, was responsible for reading hundreds of pages of application materials and winnowing out a handful for recommendation.

The committee was helmed by Justice-Malloy and managed by Peter Wood, an instructional assistant professor in the Department of Theatre and Film, who also was named to the first class of Isom fellows.

Wood and Justice-Malloy were in immediate agreement that Cammarato would be a good fit for the program.

“The applicant pool for this first year presented a large number of talented and deserving people, with their experiences ranging from college undergraduates to those with already considerably impressive playwriting careers,” Wood said.

“What stood out about Ms. Cammarato was that she demonstrated a commitment to developing herself as an artist, her work as a craft, and her art as a way to examine what it means to struggle in increasingly perilous times.”

Besides being impressed by Cammarato’s CV, Justice-Malloy was touched by the letter she wrote.

“She talked about how what she really needs is time; she’s got kids, and work and family obligations,” Justice-Malloy said. “As a mother myself who completed a Ph.D. with a 4-year-old, that resonated with me.”

Both Wood and Justice-Malloy were very taken with the script, which Wood described as “deeply imbued with human emotions and with the courage to allow conflict to emerge in the silences between characters, rather than on the surface of the text.”

“She looks to me like she’s right on the brink, and I think she’s poised to make that move forward with her playwriting,” Justice-Malloy said. “When you’re in the art world – or really anywhere – sometimes you just need that one person who says, ‘You go!’ and then it happens.”

The script Cammarato submitted, which she intends to work on during her time in Oxford, is for a play entitled “Hazel” that is, broadly, about climate change, denial and “what happens to a normal family when the world starts blowing up around them.”

Cammarato said she found the inspiration for the play practically in her own backyard.

“There’s a little island not far from where I live called Tangier Island,” she explained. “It’s in the middle of Chesapeake Bay, and it’s sinking because of climate change. And yet, most of the people who live there are in a state of denial about what’s happening around them.

“They are literally sinking. Their homes are sinking, they’re standing in their yards up to their knees in water and they’re saying, ‘It’s not climate change.’”

Cammarato said she’d wanted to write a play about climate change, but hadn’t discovered the right entry point until she alit on this story. What began as an investigation into denial turned into something much bigger.

“There’s an actual hurricane that happens onstage,” she said. “The house kind of collapses around this family, and they’re all still in denial as it’s happening. I wanted to theatricalize that as best I could.”

Justice-Malloy sees great potential in the play as a vehicle for learning. Students will work with Cammarato, providing dramaturgical support through a class with the Isom Center, and help ready the play for the stage.

“Climate change, pregnancy, dementia … the topics of the play I found really intriguing and fresh, and it would give the students many opportunities to study all of those topics,” Justice-Malloy said.

The chance to work with students – university playwriting residencies are rare – is one of the things Cammarato found especially appealing about this program, as is the aspect of long-term collaboration that continues after the summer residency in Oxford is over.

“So often in the world of playwriting, we do these workshops or readings, and then we go away and never talk to our collaborators again,” Cammarato explained. “But I’m a better writer when I’m working with other people, so the idea of having people focus on helping me to improve a play or see it through to production is just wildly appealing – especially students, because I teach in two different theater departments and I get most of my inspiration from students.”

Another thing that makes this residency unique is the $4,000 stipend, designed to make it possible for a working artist to continue to meet financial obligations while away from work during the residency – without having to play “catch-up” after returning, working overtime to cover the loss at the expense of continuing to work on the art created during the residency.

“My hope someday is that we can include child care. A lot of women can’t or don’t want to be away from their children.”

Cammarato will stay in a house furnished by the Yoknapatawpha Arts Council, but she won’t be hunkered down over a typewriter for her entire stay. Visits to points of interest, both within Oxford and in nearby cities, are planned to punctuate the 20-day residency, with hopes that the history and culture of Mississippi will serve as a creative catalyst – and perhaps inspire a new champion for the region.

“The arts council is interested in this project because it’s collaborative in nature: We’re working with other arts organizations in the community, and we’re contributing to a new work,” said Wayne Andrews, director of the Yoknapatawpha Arts Council.

“But we’re also seeding a love for Mississippi. This program brings people into the community so they can understand the roots of Mississippi and experience our creative nature and then send that out into the world.”

Cammarato said she loves to immerse herself in new places, but between full-time teaching and parenting, she rarely gets an opportunity to go away and really explore a new environment.

“I’ve been to Mississippi, but I’ve never been to Oxford,” Cammarato said. “Everyone I know who has, when I tell them I’m going there, their eyes get really big and they light up and talk about what a little gem of a college town it is; they’re so excited for me.

“I’m just so thrilled and excited and eager. I’m looking forward to just being there and seeing as much as I can. And to have the time to put pen to paper. It’s just so lovely, and I’m honored to have been chosen to do this.”