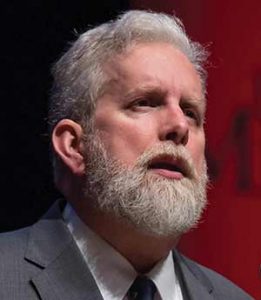 Noell Wilson remembers beloved history professor John Neff deep in conversation with his students. “The students were comfortable and settled in for a long conversation. This wasn’t going to be a five-minute chat. He was really invested in them,” said Wilson, chair of the Arch Dalrymple III Department of History.

Neff, 58, who joined the faculty in 1999, died January 30 in Oxford. His students and colleagues remember his insatiable curiosity and an ability to gently challenge his students to examine their preconceived notions on even the most difficult subjects. The award-winning teacher founded UM’s Center for Civil War Research and is the author of Honoring the Civil War Dead: Commemoration and the Problem of Reconciliation.

In 2018, he served on the Chancellor’s Advisory Committee on History and Context. During the ceremony unveiling six markers on campus Neff spoke and received a standing ovation.

“Thus, as we confront today’s crossroad, accompanied by the perspective permitted by both history and memory, we also acknowledge that the decisions made in the past are not our decisions today,” he said. “By contextualizing these important aspects of our campus, we emphasize the distance we have traveled between our time and theirs, all the crossroads through which we have passed.”
MAKE A GIFT: Rob Jolly, jolly@olemiss.edu, 662.915.3085 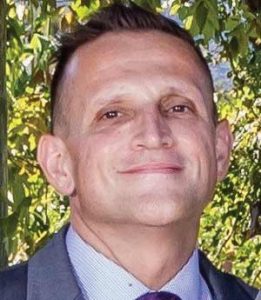 “With deep sorrow we recognize the loss of dear colleague and friend, Mark Vincent Frezzo, who passed away peacefully surrounded by his family in California on May 11,” said Jeff Jackson, chair of sociology and anthropology.

Hired in 2010, Frezzo, an associate professor of sociology, taught classes on human rights, peace and justice, law, poverty, and globalization to undergraduate and graduate students on the DeSoto and Oxford campuses.

“He put his students first and was deeply dedicated to making education accessible to all,” Jackson said. “This is evident in the effusive praise he received from the students he mentored and impacted.

“A brilliant and productive scholar of human rights and social justice, Mark led these conversations at national and international levels, at conferences and in articles and books, addressing both the theoretical and applied implications of this work.

“Mark brought a rare humility and ‘good of the whole’ perspective to everything he did. He supported and helped people in selfless and ethically centered ways. He was quiet, present, thoughtful, and funny. Our department and the university have suffered a great loss.” 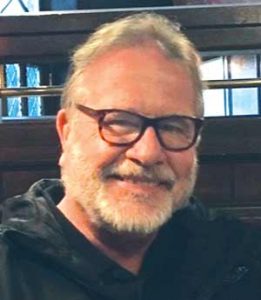 “Kevin Malloy was a kind man and a great colleague. He died of COVID-19 on April 16,” said Stephen Monroe, chair of writing & rhetoric.

The Louisville, Kentucky, native taught speech as an instructor in the Department of Writing and Rhetoric. He had been with the university since 2006.

“Our department is grieving alongside his wife, Rhona, a professor of theatre & film, and daughter, Amanda. We miss our friend Kevin.”

Malloy, 67, was an avid reader, lover of the arts, and an actor for a portion of his life.