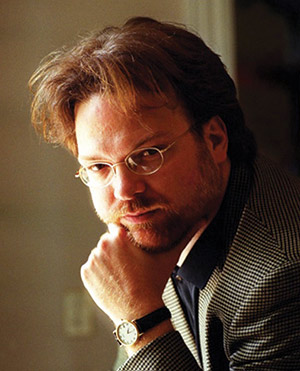 Recipient of the UM Alumni Association Hall of Fame award, the highest annual alumni honor for  outstanding contributions through good deeds, services, or contributions, Greg Iles is a writer and musician from Natchez. He was born in 1960 in Germany, where his father ran the U.S. Embassy Medical Clinic during the Cold War. Iles spent his youth in Natchez and graduated in 1983 from UM with a B.A. in English.

While attending UM, Greg lived in the cabin where William Faulkner and his brothers listened to countless stories told by “Mammy Callie,” their beloved nanny, who had been born a slave. Iles studied the novel under Willie Morris, who brought in friends William Styron, James Dickey, John Knowles and many others to enrich his classes.

After several years playing in the band “Frankly Scarlet,” Iles wrote his first novel in 1993, Spandau Phoenix, a thriller about Nazi war criminal Rudolf Hess which became the first of 13 New York Times Best Sellers. With his third novel, Mortal Fear, Iles began setting his novels in Mississippi, and in The Quiet Game, his fourth, he created Penn Cage and placed him in Iles’s own hometown of Natchez, the oldest city on the Mississippi River.

In 2011, Greg sustained life-threatening injuries in a automobile accident on Highway 61 near Natchez. He remained in a medically-induced coma for eight days and ultimately lost part of his right leg. Doctors declared his survival miraculous and predicted a long recovery, yet early in his rehabilitation, Greg found comfort and motivation by re-entering the world of the character, the town, and the secrets that his fans loved most. The road into these novels proved to be the road back to life.

Iles lives in Natchez, Mississippi, and has two teenaged children. His novels have been made into films (Trapped starring Charlize Theron, Kevin Bacon, and Courtney Love), translated into more than 20 languages, and published in more than 35 countries worldwide.