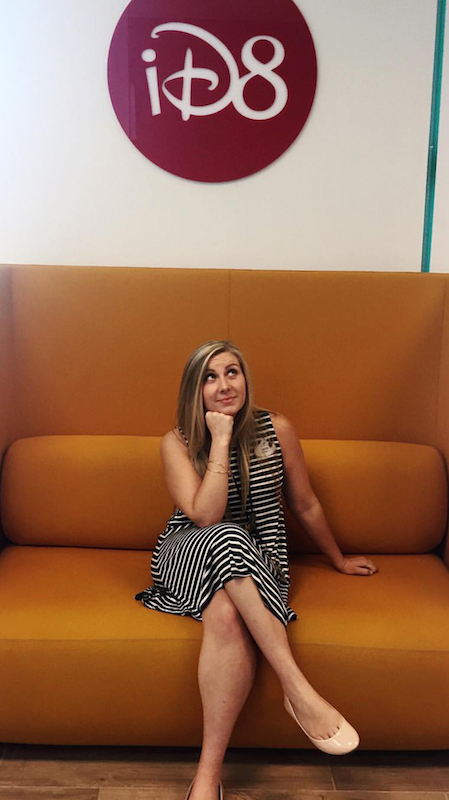 When Heidi Bain and Will Halcomb return to the University of Mississippi, the senior graphic art students will be able to compare notes from their respective internships at two of the biggest companies in the entertainment industry.

Through early next year, Bain will be employed as a graphic design intern with Disney Cast Activities Recognition and Experience in Orlando, Florida. Halcomb is at work at Adult Swim at the Cartoon Network in Atlanta until the end of August.

Both are scheduled to receive their bachelor’s degrees from the UM Department of Art and Art History in December and May 2017, respectively.

“Heidi is a talented graphic designer, and I’m not surprised that she was offered the Disney internship, as her work is colorful and somewhat magical in its design,” said Virginia Rougon Chavis, chair and professor of art and art history.

“The job Will was selected for at Adult Swim seems a perfect fit. His artwork is mix of wacky, lovable, retro and forward-thinking. He’s a rare gem and I think he’s definitely working on finding his niche.”

An Orlando native, Bain grew up going to Disney World and the beach. She decided to attend UM because it was completely different than any college she’d looked at in her hometown.

“I fell in love with everything about Oxford: the gorgeous campus, the small-town Southern charm and the friendliest people I have ever met,” Bain said. “I realized Ole Miss was the perfect environment for me to grow creatively at a university that is much more of a family than it is an institution.”

Bain applied for about 10 different internships before she found the Disney opening on the company’s Professional Interns website. She applied online, submitted her portfolio for review, and did phone and Skype interviews before she landed the position.

“I have already used many things I learned in my core art classes, such as knowledge on color theory, typography and elements of 2-D design,” Bain said. “The knowledge I gained from my BFA in graphic design at Ole Miss has been very beneficial with how to professionally respond to clients and explain the reasoning behind why some designs work best, and why and some don’t communicate ideas effectively.” 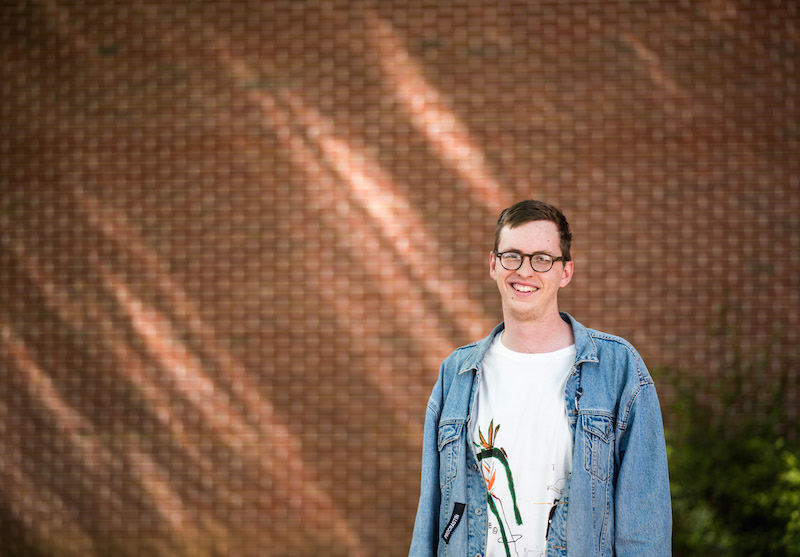 A native of Birmingham, Alabama, Halcomb came to UM because it was the right distance from home and a “new enough” place where he wouldn’t know too many people. He also got his internship by applying online and reaching out to a cousin who had worked for a related company over a decade ago.

“I help out with all the graphic design needs for www.adultswim.com as well as for the Adult Swim app and various other digital media outlets employed by Adult Swim,” he said. “A memorable moment would be when they made me wear a helmet with a camera on it and stream my day live on the homepage while also selling T-shirts with my face on them.”

The interns’ respective supervisors said they were very impressed with each student’s skills and professionalism.

“Will’s offbeat design style and great attitude make him an amazing asset,” said Peter Karpick, creative director at Adult Swim. “He has a great work ethic, has been super-easy to work with, takes direction well and always delivers really solid work. I have no doubt he will be successful in the future.”

“Heidi has been a valuable asset to both our team and to the clients she supports,” said Andrew Hendricks, graphic designer with Walt Disney Creative Learning Services. “From day one, her knowledge of working in the parks and her passion for graphic design allows her to solve problems in a way that still upholds the Disney brand, maintains the magic and integrity that we all cherish.”

Both Bain and Halcomb said they are anticipating exciting careers following graduation. She is hoping to find a full-time job in the area of graphic design within some department of the Walt Disney Co.

“My internship lasts from June 12th to January 7th, although there is a possibility to apply for an extension,” Bain said.

Halcomb said that his UM educational experiences have given him plenty of perspective with different media to try different approaches when he sits down in front of a computer.

“My plans after graduation are to enter the wonderful world of commercial design and start working hard for the money,” he said.

For more information about the UM Department of Art and Art History, visit https://art.olemiss.edu/.