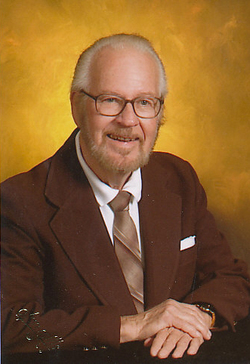 Gene Saucier was just eight years old when he discovered his calling in life. While listening to a classical music station on the radio, he heard a piece that featured the clarinet and instantly fell in love with the sound. The next several months were spent doing extra chores to earn money to buy his own instrument. From sweeping the floors of his father’s auto repair shop to waking up early to feed the cattle, Saucier did whatever he could to convince his parents he was serious.

Finally, he earned his clarinet. He practiced every day. His parents quickly recognized his talent. From that point on, his father would not let him help with any repairs in his garage for fear Saucier might injure his fingers and be unable to play.

Saucier remained dedicated to the clarinet his entire life. He performed for packed concert halls and later, taught music at the University of Mississippi. When he died in January, his family did not want the music to end.  To pay tribute to his life, Saucier’s family established the Gene A. Saucier Excellence in Music Scholarship to be awarded to full-time music students who share Saucier’s passion. A gift of $125,000 from Rick and Susie McNeely and additional gifts from family and friends have seeded the scholarship endowment and made possible immediate awarding of the scholarship to woodwind students.

“He was such a giving man and never asked for anything in return,” said Saucier’s daughter Susie McNeely. “If you knew Daddy, you knew the love he had for music and for his students. It was a no-brainer; we just knew we had to set up the scholarship.”

Charles Gates, professor and chair of UM’s Department of Music, said the endowment honors Saucier’s legacy and will contribute greatly to music education.

“This scholarship will have an immediate and direct impact on our program, enhancing recruitment of outstanding woodwind students,” Gates said. “The fact that this scholarship will provide tuition funding for woodwind majors means that Professor Saucier’s expertise in this area of instruction, his concern for the department and his commitment to the profession, will always be with us.”

When Gates began teaching at the University of Mississippi, Saucier was part of the faculty and the two worked together for five years.

“Professor Saucier was very generous with his time and gave wise counsel as I was developing as a teacher,” Gates said. “His gentle sense of humor made many situations that could be daunting to a young faculty member seem less intimidating. He had a way of putting things in perspective.”

That perspective was cultivated beginning at an early age.

Saucier, who grew up in Shreveport, La., graduated high school when he was just 16. He went on to study at the Cincinnati Conservatory of Music where he earned both bachelor’s and master’s degrees in music. College was also where he met his wife, pianist Joan Smeltzer. After graduation, Saucier was touring with Benny Goodman’s orchestra before he was even of legal age to be in the clubs where they played. At 28 years old, he was presented with a John Philip Sousa Memorial Award for performance, an honor he treasured his entire life.

After years of touring and performing, Saucier was ready for his second act. He still loved music, and by becoming a music professor, he could share his skills and techniques. He taught at Ole Miss for 33 years, retiring in 1993 as Professor of Woodwinds and head of the Wind, Percussion and String division. During his tenure, he established award-winning ensembles, composed chamber music pieces that are still widely performed and studied at music programs all over the country, and published a textbook, Woodwinds: Fundamental Performance Techniques that is in its expanded second edition.

Friends and family remember Saucier not just for his professional accomplishments but also for his character. With Joan, he raised eight children. He was a neighbor who always remembered birthdays and often sent heartfelt, handwritten notes. More than just a professor to his students, he often invited those to his home at Thanksgiving or Christmas that were unable to travel to see their families.

He acquired directories for all the music programs being taught at other schools and would write the instructor teaching woodwinds to offer a free copy of his textbook, requesting it be given to any student who might not afford its purchase. When the second edition of his book was ready, he established his own publishing company so he could sell it at a reduced cost.

That generosity and dedication inspired his family.

“He was gifted in many ways and perhaps could have chosen a profession with more monetary gain,” said son-in-law Rick McNeely. “But this was his passion and his drive.”

The family was grateful that they were able to share the news of the scholarship with their father before he passed away.

“In the 50-something years I’ve known this man, I’ve never seen him speechless,” Susie McNeely said. “It meant the world to him. I’m so happy we were able to share this with him.”

Paula Gibbs, another daughter of Saucier, graduated from UM and lives in Oxford with her family working as a vice principal in the Lafayette County School District. Gibbs was also present when her father received the news of the endowment in his honor.

“Daddy loved Post-it notes and he wrote down every detail of the scholarship on one,” Gibbs said. “Until the day he died, that Post-it was right beside him.”

She hopes that recipients of this scholarship understand the honor behind it.

“I hope the students who receive this scholarship have a true love and desire to work with music,” Gibbs said. “My wish is for them to carry it through with everything in life, the way he did.”

The Gene A. Saucier Excellence in Music Scholarship Fund is open to receive gifts from individuals and organizations by sending a check with the fund noted in the memo line to the University of Mississippi Foundation, P.O. Box 249, University, Miss. 38677; or by visitingwww.umfoundation.com/makeagift. For more information contact Denson Hollis at (662) 915-5092 or dhollis@olemiss.edu.