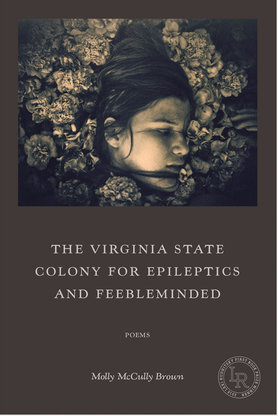 Alumna Molly McCully Brown (MFA English ’17), the former John And Renée Grisham Fellow in Poetry, on Fresh Air with Terry Gross, the Peabody Award-winning weekday magazine of contemporary arts and issues and one of public radio’s most popular programs. Each week, nearly 5 million people listen to the show’s intimate conversations broadcast on more than 624 NPR stations across the country, as well as in Europe on the World Radio Network. In 2015, Fresh Air was the No. 1 most downloaded podcast on iTunes.

Growing up in southwestern Virginia in recent decades, poet Molly McCully Brown often passed by a state institution in Amherst County that was once known as the “Virginia State Colony for Epileptics and Feebleminded.”

Since 1983 the facility, which was founded in 1910, has been called the Central Virginia Training Center, and it is now a residential home for people with various intellectual disabilities. But in the early 20th century, the place Brown now refers to as “the colony” was part of the eugenics movement taking hold in the U.S., and a variety of treatments now considered inhumane were practiced there — including forced sterilization. Brown, who has cerebral palsy, notes that had she been born in an earlier era, she might have been sent to live at the institution herself.

“It is impossible to know that for sure,” she says. “I can look at my life and look at my family and look at my parents and think, No, never. That never would have happened. But I also understand that if I had been born 50 years earlier, the climate was very different.”

She hopes to give voice to those early generations of residents, in her book of poetry, The Virginia State Colony For Epileptics And Feebleminded.