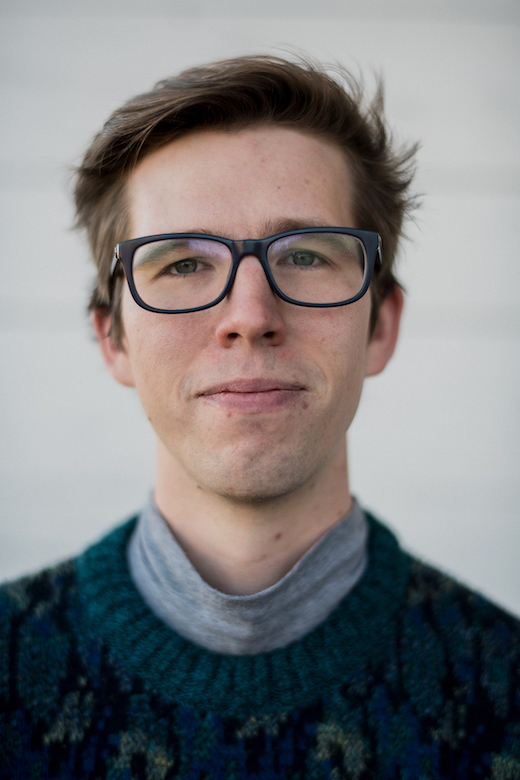 Composer and pianist Price Walden is set to perform at 12:15 p.m. Tuesday (Oct. 1) for the First Tuesdays in Bryant Hall Noontime Music Series at the University of Mississippi.

The 45-minute program, in the gallery of Bryant Hall, is free and open to the public. Lunches are welcome. It includes works by Robert Schumann and Caroline Shaw, as well as two compositions that have a more personal meaning.

When Walden’s sister found out she was pregnant with twin girls, Walden knew what he would give the babies when they were born: an original lullaby for each of them.

“I was actually writing two chamber pieces at the time and so worked some lullaby themes into those compositions,” Walden said. “Eventually the lullabies became their own pieces. They’re very classical, very recognizable in their form as lullabies.

“I wanted them to be related, since they were written for twins, so they share some musical DNA, but they stand alone, as well, like twins do – twin lullabies, for twins.”

Walden will play Schumann’s “Ghost Variations,” a theme and five variations written toward the end of the composer’s life, when he was suffering from mental illness and despair, having just survived a suicide attempt. Schumann is reported to have said he heard angels singing the main theme.

“Ghost Variations” is “complicated and thorny, but really beautiful,” Walden said. “Speculation is that he wanted to write more variations, but he was never able to; the piece just ends, and in fact, the last variation is my favorite one.”

Walden also will perform a piece by Caroline Shaw, a singer, violinist and composer, and the youngest composer ever to win the Pulitzer Prize for music.

“She was actually a student when she composed ‘Gustave le Gray,’” Walden said. “She had an assignment to take a piece in the classical canon and respond to it.”

Interested in how a work could change depending on which elements were placed in or out of focus, Shaw was drawn to the work of 19th century French photographer Gustave le Gray, who played with this idea visually by printing onto layers of wax paper. In her composition, which responds to a mazurka in A minor by Frederic Chopin, Shaw translates this concept into music.

“She takes Chopin’s Mazurka and pulls apart its different elements,” Walden said. “Then she actually puts the mazurka itself, as Chopin wrote it, right into the middle of her composition.”

Besides performing and working as a collaborative pianist in the Department of Music, Walden has several composition projects in the works.

“I’m working on a big song cycle with mezzo-soprano Alice-Anne Light,” a UM alumna who is on the faculty at Texas Tech University. “We’ll premiere it at Ole Miss in early spring, and then we have performance dates in Ecuador, Vienna and Italy.”

Walden is also working on a commissioned piece for UM music faculty members Nancy Maria Balach and John Schuesselin, which will premiere in April.

“Price Walden is such a talented composer who is able to create incredible atmosphere through his music,” said Balach, associate professor and interim chair of music. “It has been a pleasure watching him grow and evolve as an artist over the years.

“As my music colleague John Schuesselin and I continue our commissioning project for new works for trumpet, voice and piano, we knew we wanted to include Price Walden as one of our featured composers. We are grateful he agreed and look forward to premiering the work in the spring 2020.”

Walden said he is excited by the opportunity.

“I love it – what was supposed to be a 10-minute composition has turned into a 25-minute piece with seven movements.”

“I’ve been playing piano and composing for over half my life, and I’m going to keep doing it,” he said. “I don’t think people would let me stop, at this point.”