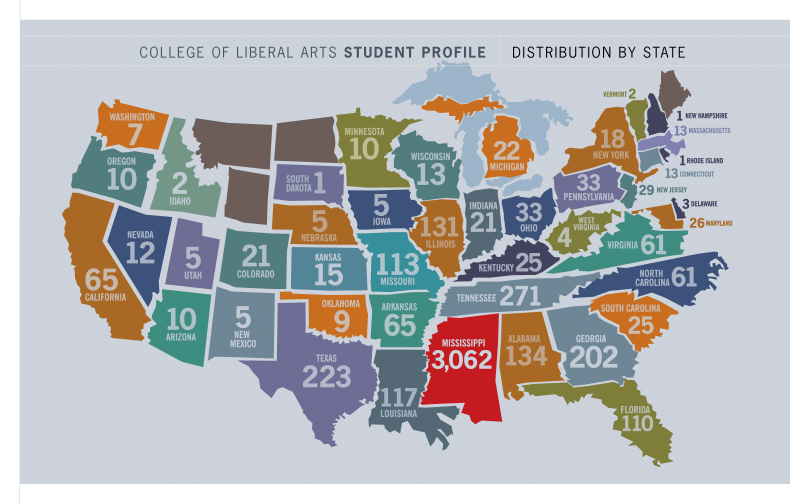 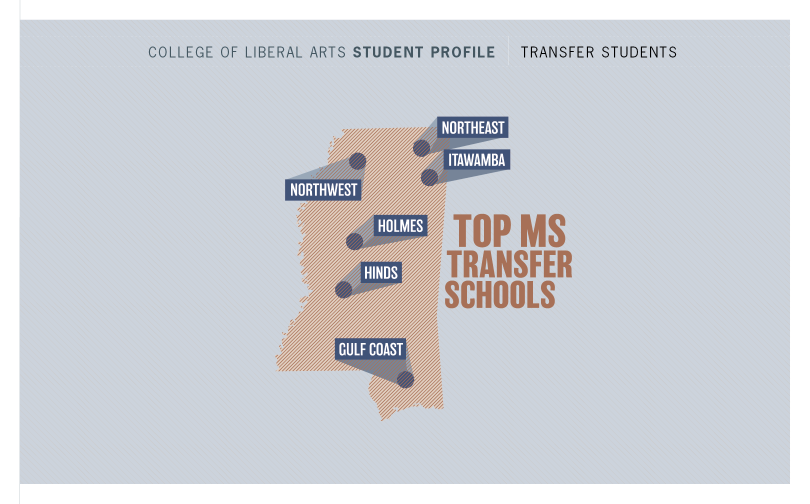 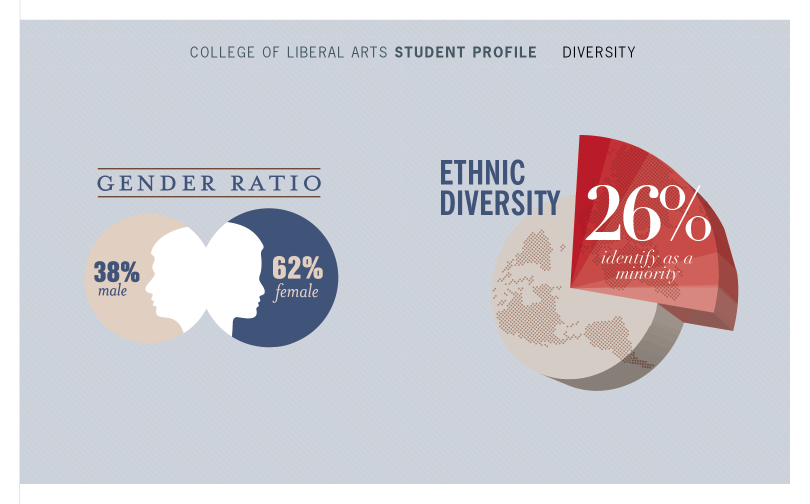 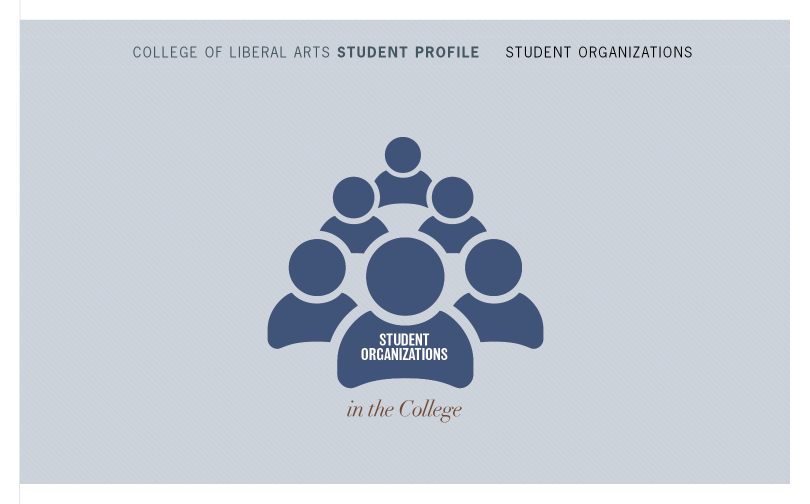 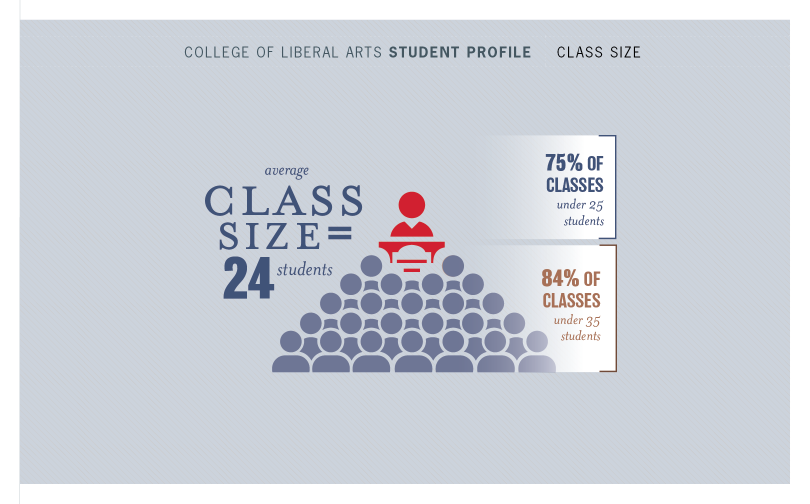 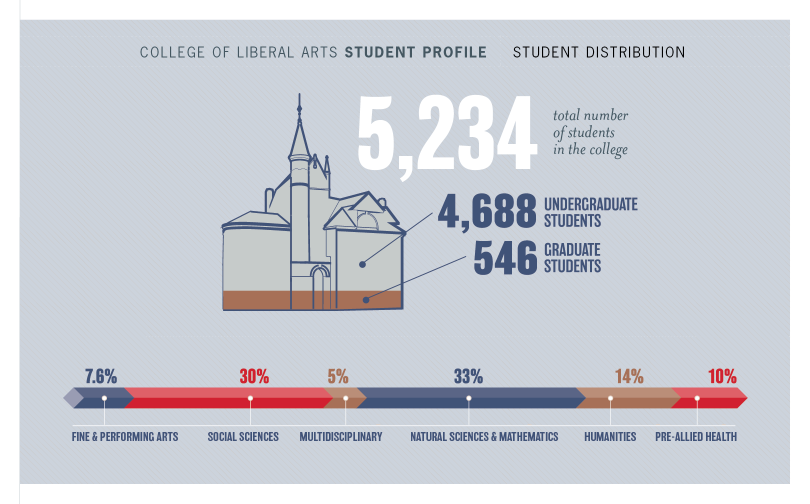 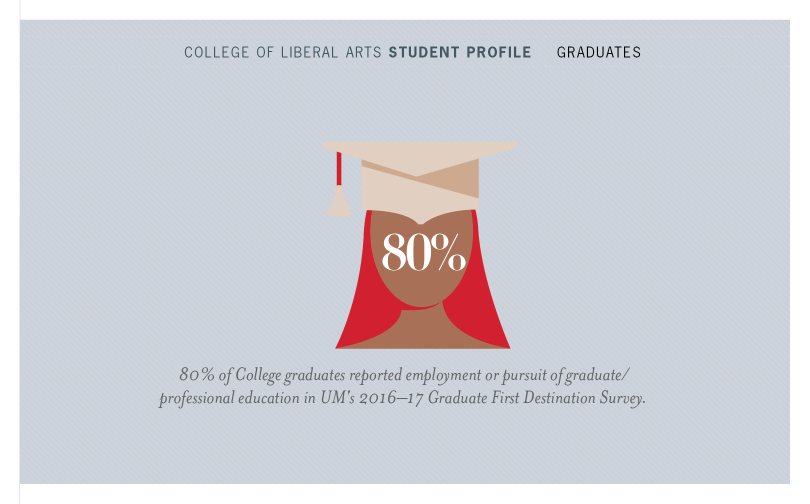 The University of Mississippi College of Liberal Arts consists of 18 departments, 13 multidisciplinary programs, and 11 institutes and centers within the discipline groupings of the fine & performing arts, humanities, natural sciences & mathematics, and social sciences. The College offers four degrees: Bachelor of Arts, Bachelor of Fine Arts, Bachelor of Music, and Bachelor of Science.

Founded in 1848, the College of Liberal Arts is the oldest and largest academic division of the university. We began with the first four faculty members at UM and now have 550 full-time teaching faculty.

The concept of liberal arts comes from the Greek word eleutheros and the Latin word liber, both meaning “free.” Free (male) citizens of ancient Athens needed certain critical thinking and communication skills to fully participate in early democracy, which were achieved through a broad education in the “verbal and numerical arts”—grammar, logic, rhetoric, arithmetic, astronomy, music, and geometry. This concept became the basis of higher education in the West.

Today a liberal arts–based education empowers and prepares all students to deal with complexity, diversity, and change through a broad knowledge of the world. They develop a sense of social responsibility and key intellectual skills sought in the workforce such as communication, analytical and problem-solving skills, and the ability to work with a diverse group of people.

According to a recent National Association of Colleges & Employers survey, the top skills and qualities desired in job candidates can be attained and honed through a liberal arts education:

A 21st-century liberal arts education is the best way to prepare for today’s global economy. From the same survey, 80% of employers agree that, regardless of the major, college students should acquire broad knowledge in the liberal arts.