Emily Wagster Pettus to be Honored with 2019 Silver Em 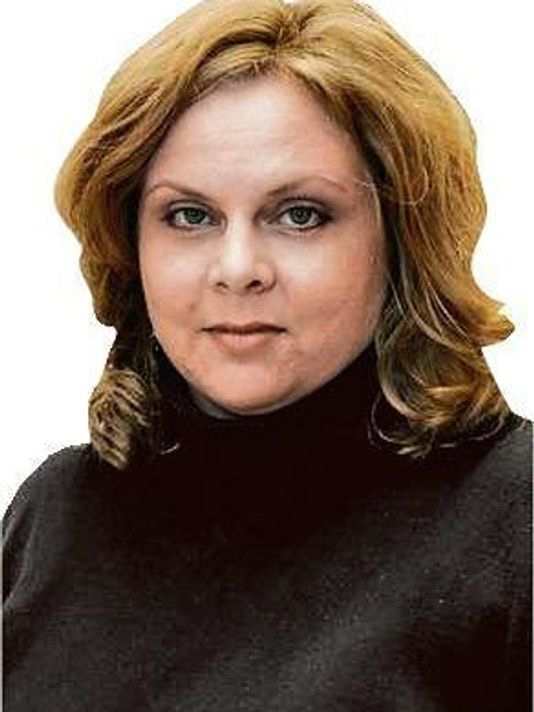 Between 2003 and 2014, U.S. newspapers lost 35 percent of their statehouse reporters, a percentage slightly higher than newspaper staffing nationwide, the Pew Research Center reports.

As news staffs shrink across the country, state government reporters have become an endangered species. Those who remain in the role understand the importance of their work in our democracy.

That’s one reason Emily Wagster Pettus, who has been reporting on Mississippi government since 1994, was selected as the 2018 Silver Em winner.

“When there are fewer news outlets sending local reporters to cover the state Capitol, there is less coverage of local issues considered by the Legislature,” she said.

Pettus, who grew up in Texas, spent a year between high school and college as an exchange student in West Germany, then attended the University of Mississippi, majoring in journalism and German. She graduated in 1989 and worked for nearly a year at the Vicksburg Evening Post.

In May 1990, she began working for The Clarion-Ledger as the Rankin County reporter. Two years later, she moved to Ocean Springs to work as the newspaper’s one-person Gulf Coast bureau reporter.

“It was a great job because my editors were hours away and they trusted me to cover the biggest stories in the region,” Pettus said.

The latest Pew Research Center study about statehouse reporters found that around 1,500 U.S. journalists work to inform the public about the actions and issues of state government. Of those, nearly half do it full time, averaging 15 full-time reporters per state, even though numbers vary per state, often depending on population.

“I always think it’s better having more reporters covering state government, obviously, to hold the government accountable to the general public,” Pettus said. “In Mississippi, we used to have a full-time press corps of eight people. That declined a while, but it has actually gone back up in the last couple of years.”

Pettus estimates the number of Mississippi statehouse reporters is equal to the Pew Research Center study’s national average of 15.

While her main responsibility has been covering the Mississippi Legislature (you can read her observations in real time at #msleg on Twitter), Pettus said she has covered a variety of stories.

“One of the greatest things about having a general assignment job is I’ve gotten to cover some interesting civil rights stories,” she said. “In 2005, I covered the trial of Edgar Ray Killen, who was convicted for the 1964 killings of civil rights activists James Chaney, Andrew Goodman and Michael Schwerner in Neshoba County.

“In 2007, I covered the federal trial of (Ku Klux Klan member) James Ford Seale, who was convicted in the kidnapping that led to the death of two young black men, Charles Eddie Moore and Henry Hezekiah Dee, in southwest Mississippi, also in 1964.”

Pettus said she is honored to be among other Silver Em award winners and proud she spent part of her career working for UM’s campus newspaper, The Daily Mississippian, and The Oxford Eagle.

Will Norton, dean of the UM School of Journalism and New Media, said Pettus is smart, a hard worker and a terrific reporter.

“She has more than a quarter of a century experience,” Norton said. “She has devoted herself to covering Mississippi. She has reported in-depth, on deadline and always accurately. … Emily is a person of integrity. She can be trusted.”

Curtis Wilkie, Overby fellow and assistant professor of journalism, agrees that Pettus has earned the trust of readers.

“She is one of the best reporters around and has been for as long as she has been reporting, quickly and reliably, all the news out of Mississippi for the Associated Press,” he said.

The April 3 Silver Em Awards Ceremony will begin at 6 p.m. at the Inn at Ole Miss. It will take place the same evening dozens of journalism and integrated marketing communication students receive awards for excellence.

The UM School of Journalism and New Media offers bachelor’s and master’s degree programs in both journalism and integrated marketing communications. Almost 1,600 undergraduate journalism and IMC majors are enrolled in the school.