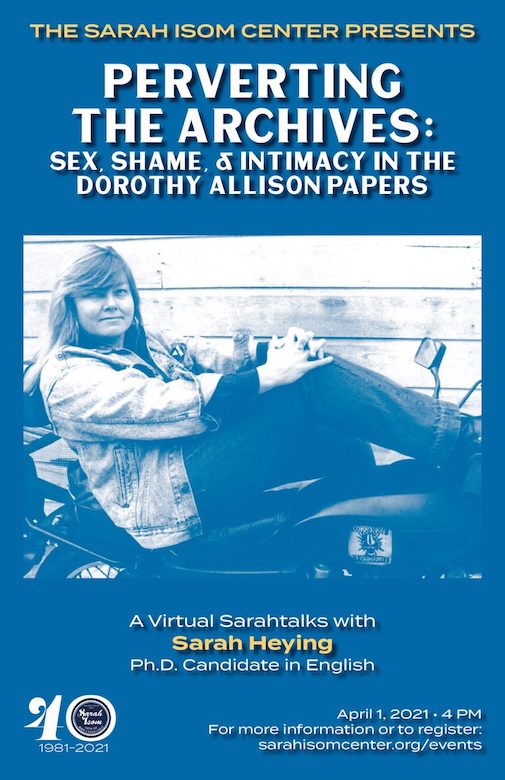 Sarah Heying is exploring Dorothy Allison’s work as a leader in the third-wave feminism movement on Thursday (April 1) for the April Sarahtalk, hosted by the Sarah Isom Center for Women and Gender Studies at the University of Mississippi.

“A lot of people are aware of Allison’s renown as a writer of Southern literary fiction, but I think fewer folks are aware that she was a well-known figurehead of the so-called ‘Feminist Sex Wars,’ a period of debates about sexuality that occurred throughout the ’70s and ’80s,” said Heying, a doctoral candidate in English.

“These debates deeply polarized the feminist movement and catalyzed what many now consider to be ‘third wave’ or ‘sex-positive’ feminism.”

Allison is slated to deliver a reading during the Glitterary Festival keynote on April 17, before which Heying will interview the author. The keynote will be broadcast virtually and include a watch party in the Grove.

Anyone interested in watching Heying’s Sarahtalk, which will be conducted online at 4 p.m. Thursday, can register here.

Information on the Glitterary Festival can be found at https://glitteraryfestival.com/.