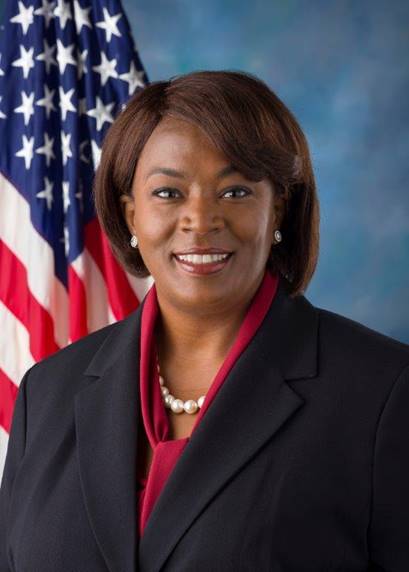 In 2014, Carla Cotwright-Williams (PhD mathematics ’06) worked as the technical lead on a million-dollar federal contract to assess data quality in a Department of Homeland Security data system, U.S. Citizenship and Immigration Services. At present, she serves as the Hardy-Apfel IT Fellow for the Social Security Administration. She cites communication as both a large part of her responsibilities and a significant factor in her success.

The communication skills her professors had admired so early on had deep roots. What began with her experience working alongside Maurice Eftink [former graduate school dean, associate provost emeritus, and professor emeritus of chemistry and biochemistry] with the IMAGE program, a National Science Foundation-funded program to expose children of color to STEM (Science, Technology, Engineering and Mathematics) graduate studies, only flourished in her many roles as the communicator of data to laypeople.

She knows all too well the difficulty people often face in trying to convey scientific or mathematical information to people from other fields.

“It’s a big challenge in mathematics and other STEM fields,” she said. “We’re not always the best communicators. And so the rest of the world can’t always appreciate what we do. But I like to say I’m using my math to help the public.”

And Cotwright-Williams is certainly helping the very young people, specifically young women of color, who will one day follow in her footsteps.

“I didn’t meet a black woman mathematician until I was in grad school,” she said.

But thanks to women like her, the face of the world is changing.

“We’re no longer hidden figures that are trying to make an impact on the world.”