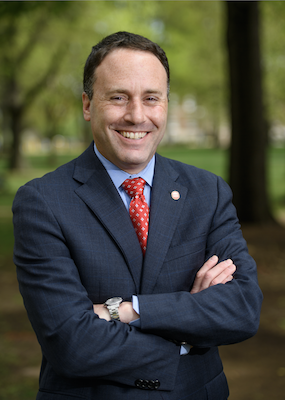 Lee M. Cohen has served as Dean of the College of Liberal Arts and Professor of Psychology since 2015.

Dean Cohen came to the University of Mississippi after 15 years at Texas Tech University, where he directed the nationally accredited doctoral program in clinical psychology and chaired the Department of Psychological Sciences. As a faculty member, he received several university-wide awards for teaching and academic achievement. As a researcher, he received more than $1.5 million from funding agencies, including the U.S. Department of Health and Human Services, the National Science Foundation, and the National Institutes of Health/National Institute on Drug Abuse.

A Fellow of the American Psychological Association, Dean Cohen’s research program examines the behavioral and physiological mechanisms that contribute to nicotine use, and he has worked to develop optimal smoking cessation treatments.

He earned a Ph.D. in Psychology from Oklahoma State University.