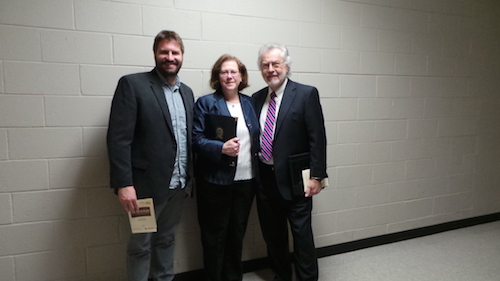 “I wanted to pass along the wonderful letter that Nancy Van de Vate, our famous alumna and composer of Hamlet, Prince of Denmark, sent to have read at the screening of our documentary film on Tuesday, April 5, 2016,” said Julia Aubrey, interim director of the Gertrude C. Ford Center for the Performing Arts, director of Opera Theatre, associate professor of voice, and associate chair of music.

“She really is a brilliant person and highly regarded composer in Europe and the U.S. She speaks highly of the University of Mississippi on many occasions and we consider her one of our best success stories in the Department of Music.

“She could not be with us this evening due to health concerns, but I am having our Ghost/Gravedigger from the production, Dr. G. William Bugg read it in her stead. He has a great bass voice!”

In the spring of 2015, the University of Mississippi’s Opera Theatre presented the premiere of a new opera based on William Shakespeare’s “Hamlet”. It was performed in Oxford followed by a European premiere in Prague, Czech Republic. “Sing Thee to Thy Rest” tells the story of the incredible efforts to bring this opera to the stage and the inspiring passion of students and professionals working together to introduce a new generation to contemporary opera.

“Matthew Graves created an amazing film that captured the entire process of the two-year effort to produce these two premieres,” Aubrey said. “He included a wonderful sampling of the emotional effects this experience elicited from students and faculty.” 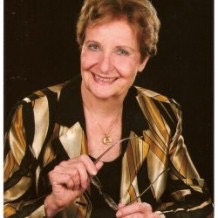 It is a great pleasure—and a great honor—to share this wonderful event with you, even though I am not able to be here today in this beautiful concert hall where it all began. “Sing Thee to Thy Rest: Ole Miss Opera in the Czech Republic,” the documentary film by Emmy Award-winning producer Matthew Graves, will bring to life again a remarkable and quite unique experience in the production of new opera. “Shakespeare and Music,” a lecture by Dr. Robert Riggs, will add scholarly depth to the vividness of the stage performance. The arrival tomorrow of the First Folio, enabling the most valuable book in the world to be presented here at the Ford Center, further highlights this amazing series of Shakespeare events at Ole Miss.

The production of an opera is a massive task, requiring many different kinds of skills and experiences. The music, which involves not only singing, but conducting, and performing on many different kinds of orchestral instruments, is only one component; acting, choreography, set design, costume design, make-up, and stage lighting are also essential features. The quality of the performing space, visually and acoustically, is enormously important, and no concert halls anywhere in the world could have been better for our presentations of Hamlet, Prince of Denmark than the Gertrude C. Ford Center for the Performing Arts and the Theatre Vinohradsky in Prague.

Every person involved in an operatic production, whether onstage or behind the scenes, is vitally important, but perhaps most essential is the producer who coordinates everything. Professor Julia Aubrey, with her extensive knowledge of both music and theatre, her patience, and her professional dedication, not only dared to present a new and complex modern opera to a public on two continents, she did it at the highest professional level. A remarkable achievement under any circumstances, it is even more so in that it was done with the whole-hearted support of a university, using students in many key roles. The entire cast and crew were outstanding in every respect, and words alone can never adequately convey my thanks to all of you who made it possible.

Innate musical talent exists everywhere, but realizing it in performance depends on training and experience. The excellence of the Hamlet, Prince of Denmark production is irrefutable testimony to the high quality of music education at the University of Mississippi. Those students who took part in the production in Prague were introduced to presenting opera in an international context, an experience of inestimable value, especially to future performers– and one they may never forget. 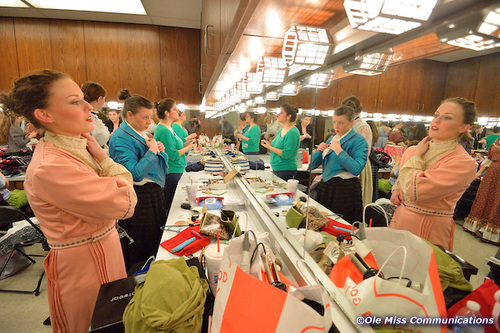 Opera is not new at Ole Miss. It is more than sixty years since I first arrived there and began to study music composition. In December 1955 I was the pianist for the production in Fulton Chapel of Gian-Carlo Menotti’s opera, Amahl and the Night Visitors. Although no orchestra was used, it was a splendid production done by the Music Department under the direction of Professor Joseph Golz. The composition professor, Arthur Kreutz, had himself composed several full-length operas, both before and after his time at Ole Miss. One of them, “The University Greys,” tells the story of an uncommonly brave infantry unit in the Confederate Army which consisted almost entirely of University of Mississippi students. At the Battle of Gettysburg, it sustained 100% casualties; every soldier was either killed or wounded.

In that environment, I felt comfortable working in music theater, and in 1958, shortly after completing my Master’s degree in music composition, wrote and produced my first short opera, The Death of the Hired Man, based on the poem by Robert Frost. It was then performed in several Mississippi towns by university singers, one a faculty member and one a student. In 1999 it was again performed at Ole Miss under the direction of Julia Aubrey, and at the end of this year will be performed in Vienna at the Society for Music Theater. (Gesellschaft für Musiktheater.)

The documentary of Hamlet, Prince of Denmark by Matthew Graves preserves a truly notable achievement by the University of Mississippi Opera Theatre. The productions and follow-on documentation are also vitally important to the general public at a time when opera is sometimes said to be out of date, even irrelevant. For the composer, everything was—and remains—of immeasurable value. Music is written to be performed and above all, to be heard; without being heard, it remains only spots on paper. Opera is composed to be heard and seen. In performing Hamlet, Prince of Denmark in two superb stage productions, a new opera was brought to life. “Sing Thee to Thy Rest,” the Mississippi Roads presentation, “A Hamlet Homecoming” produced by John Lanford, and today’s wonderful event help keep it alive.

Thank you for everything and a warm welcome to all!