What does it mean to major in theatre arts?

You can create the art that you are passionate about, learn artistry, professionalism, and critical thinking, and discover your place in our society through culturally relevant works in the Department of Theatre & Film.

Our Bachelor of Fine Arts degrees provide focused, hands-on training with emphases in Acting for Stage and Screen as well as Design and Theatre Production. Our generalist Bachelor of Arts in Theatre Arts focuses on critical thinking, production, and scholarship, providing the opportunity to tailor an academic program to your own interests and skills.

The study of theatre and film encompasses all aspects of these industries, and students become skilled in creative expression, critical thinking, research, design, direction, and technology. The department is accredited by NAST (National Association of Schools of Theatre), which ensures a high quality education. Whether you are an artist, an entrepreneur, a scholar, or a producer, we will increase your potential and help you reach the goals you set for your life and work.

The fact sheet provides a summary of the major, information about the program, and our alumni.  The degree sheets below give the specific requirements and sample 4-year curriculum plans.

A minor in theatre arts provides students with a solid knowledge base in theatre practice and theatre studies.

Why is UM a good place to study theatre arts? 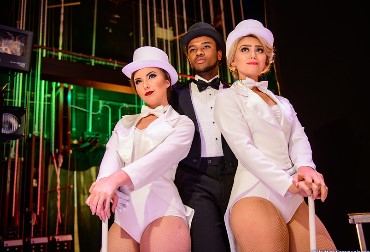 The Department of Theatre & Film offers great performance, management and design opportunities for all students, including freshmen, who can be cast in main-stage shows. The integration of theatre and film in our program ensures that students have opportunities to learn skills for work on stage and on screen. This prepare students to not only have a diverse resume of experiences, but also to have a well-rounded education in many facets of the entertainment industry.  Theatre majors can take advantage of yearly trips to New York to network with UM alumni working in the field.

The largest film production program has a new complex with 6,000 square feet of sound stages, foley studio for sound recording, editing, and other spaces. Acting and design students will be able to work with stage theatre productions as well the many different film projects with students in the separate BFA in Film Production. 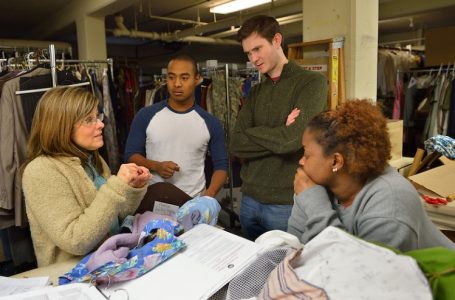 Carey Blackerby Hanson, Professor of Costume Design, received her MFA in costume design from Utah State University.  The history of early American children’s wear, patterns, and production is the focus of her academic research.  She leads study abroad courses dedicated to exposing students to theatre performance and design in London and Sydney.

Her costume experience has covered a wide range of theatre, dance, opera, musical theatre, and theatre for youth.  She has worked professionally with The Santa Fe Opera, Utah Opera, Utah Festival Opera and Musical Theatre, Unicorn Children’s Theatre, Sundance Summer Theatre, Old Lyric Repertory Company, The Harper Joy Theatre, and Playmill Theatre-Jackson.  Professor Hanson received a Kennedy Center/ACTF Faculty Design Nomination for Oedipus the King.  On a national level Professor Hanson served as Vice Commissioner of the US Institute for Theatre Technology Costume Commission, and is currently on their Board of Directors. She was included in Marquis Who’s Who five consecutive years due to her work in higher education.

Why study theatre and film at UM?  “We offer excellent faculty to student ratio; individual instruction from experienced professionals; hands-on learning in performance, design/ production, and film production; and opportunities for students to develop personal artistry and critical thinking while discovering their artistic voice.”

What can theatre arts majors do after graduation?

Our theatre arts alumni work in many sectors of the economy, with the top six sectors shown in the infographic above. The largest percentages are working in arts, media, and culture. 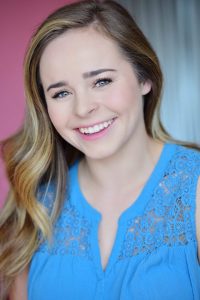 “I started doing theatre in the first grade but didn’t take it seriously until high school. I never felt confident enough until I came to the Theatre Merit Scholarship Auditions. I switched my major to theatre and my interest keeps growing.”

Nicole was in the musical theatre emphasis, which was merged/renamed “Acting for Stage and Screen.” She was involved in major department performances since her freshman year, including Hair, The Wedding Singer, Dark of the Moon, Chicago, Zombie Prom, Macbeth, Mr. Burns: A Post Electric Play, and Fly By Night.

She performed with multiple dance companies – the Ole Miss Student Dance Company (OMSD), and Mississippi: The Dance Company. She helped choreograph for the dance companies, main stage productions, and the student-run theatre, Ghostlight Repertory Theatre. She held leadership positions such as production manager and board member of OMSD and Ghostlight Repertory Theatre, and VP of the Theatre honor society.

Nicole participated in the Senior Showcase in NYC, where our students take advantage of our annual Senior Showcase in NYC to audition for, and receive feedback from, casting directors and agents. They also network with UM alumni working in the entertainment industry. Nicole said: “It was educational and eye opening in ways I did not expect. It was great to put myself out there in a professional way, especially with my peers! We showed what we’ve learned to important people in the industry, and took a master class with a successful casting director.”

After graduation Nicole spent the summer performing with Maine State Music Theatre; performed in Women in Jeopardy with The Public Theatre; and toured North America as Snoopy in A Charlie Brown Christmas which was cast by Bob Cline who she met through the NYC