What does it mean to major in German?

We train students to be global professionals with superior levels of German language skills. German majors study the language, linguistics, history, and culture of the German-speaking world. They gain the cultural awareness and intellectual strategies necessary to successfully navigate the interconnected and multicultural world in which we live.

German is the native language of over 120 million people and a foreign language spoken by 80 million people worldwide. It is an international language of business, education, science, and technology.  Our students attain strong language competence in listening and reading comprehension, speaking, and writing skills as well as the cultural knowledge necessary for interacting with Germans in professional or informal contexts.

Why is the University of Mississippi a good place to study German?

Our German faculty have research interests ranging from medieval literature to 21st-century culture and film.

German majors have a wide variety of outside-the-classroom opportunities for language learning. 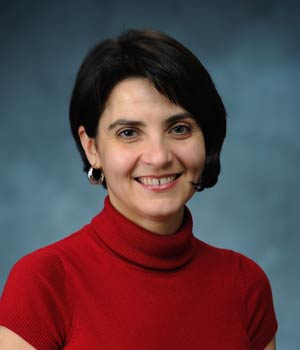 Dr. Corina Petrescu earned her Ph.D. from the University of Wisconsin-Madison (2006). Her teaching and research interests include secret police files as life writing; Yiddish theater in Eastern Europe; transcultural literature; National Socialist Germany; representations of 1968 in the German and Romanian imaginary. She is working on a cultural history of the Jewish State Theater in Bucharest.

Why study German at UM? “The German program at UM is a small but diverse and vibrant community. Students work closely with faculty members and enjoy small classes, while learning the deeper meaning of such wonderful concepts as Wanderlust or Schadenfreunde.”

What can German majors do after graduation?

A liberal arts education empowers and prepares students to deal with complexity and change through a broad knowledge of the world.  They gain key skills in communication, problem-solving, and working with a diverse group of people.  People who fluently speak a foreign language have better job opportunities.  Related careers to German include education, international business & banking, tourism, journalism, law, translation, foreign service, cultural affairs, military service, and health care.

Our undergraduate German alumni work in many sectors of the economy, with the top six sectors shown in this infographic. The top percentages are working in higher education, K-12 education, and STEM companies (IT, manufacturing, engineering, science firms). 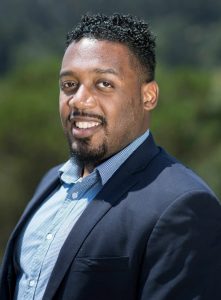 “I did not want to take German at all.  In high school, everyone considered German to be a difficult and ‘ugly’ language. I believed them and tried to enroll in Spanish or French classes. They were full, so I was forced to take German. I’m eternally thankful for that. I was selected as a Congress-Bundestag Scholar and spent my junior year abroad. I fell in love with Germany.”

Dee started college at Mississippi Gulf Coast Community College, weeks before Hurricane Katrina.  He learned what it meant to serve others and gained such honors as Coca-Cola Scholar, Institute for International Public Policy Fellow, Jack Kent Cooke Scholar, and was elected International Vice-President of Phi Theta Kappa.  After he transferred to UM, Dee joined the Men’s Glee, became a Croft Scholar with the Croft Institute for International Studies, and a Roosevelt Fellow with the Sally McDonnell Barksdale Honors College.  He studied abroad in Mainz, Germany.

After graduation Dee taught English in Germany as a Fulbright Scholar. “I came back to make an impact in Mississippi. I eventually became a policy analyst at the Mississippi Economic Policy Center.  I then applied to the German Chancellor Fellowship program to research German workforce and vocational educational systems.  I’m currently the Director of the Mississippi Apprenticeship Program.”

Why study German at UM? The world is increasingly looking toward Germany to provide leadership around a bevy of global topics. It’s vital that any student of German understands not only the language, but the cultural nuances inherently woven within Germany’s narrative. The faculty help students delve into the monumental shifts within Germany. They strike a balance between the technical aspects of learning German and the cultural contextualization that makes learning fun. What’s more, the connection doesn’t end once you’ve graduated – I’m still connected with my favorite professor.”