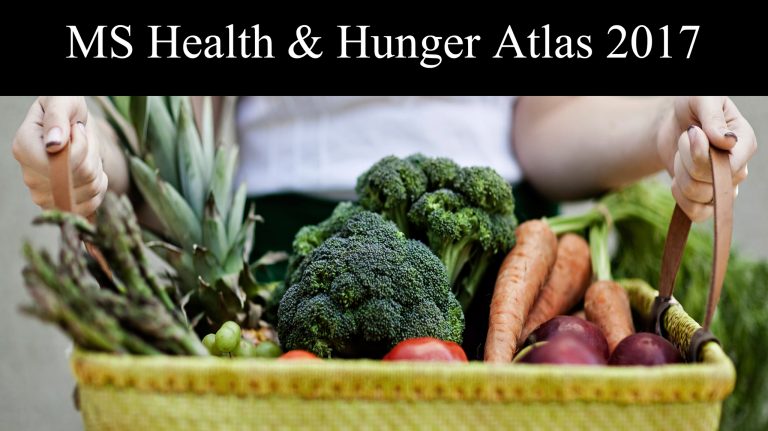 The University of Mississippi Center for Population Studies has developed an extensive reference guide to poverty, hunger and chronic health problems in the state, the Mississippi Health and Hunger Atlas.

Modeled after the Missouri Hunger Atlas, the resource is the first iteration of its kind in Mississippi and in the South. This atlas addresses high rates of food insecurity and poor health outcomes, two important issues in the state.

This project is also headed by John Green, professor of sociology and anthropology and director of the Center for Population Studies, and Rachel Haggard, a graduate student from San Diego.

Cafer worked on the Missouri Hunger Atlas, which has proven useful to an array of community organizers and legislators. Wanting to bring the concept to Mississippi, she quickly found support from community and university stakeholders.

With the help of Green and Haggard, the Mississippi Health and Hunger Atlas was initiated and completed in less than four months.

“The atlas seeks to shed light on county-level variations for a variety of these demographic, health and hunger indicators,” Green said. “Examining these indicators at a county level, patterns, normally overshadowed by standard macro, national, level analysis begin to emerge.

“This atlas is intended to offer a tool for improving assessment of need and performance to promote improved practices and decision-making related to hunger and health in Mississippi.”

The developers have five goals for the atlas:

– Reveal geographic patterns in the state 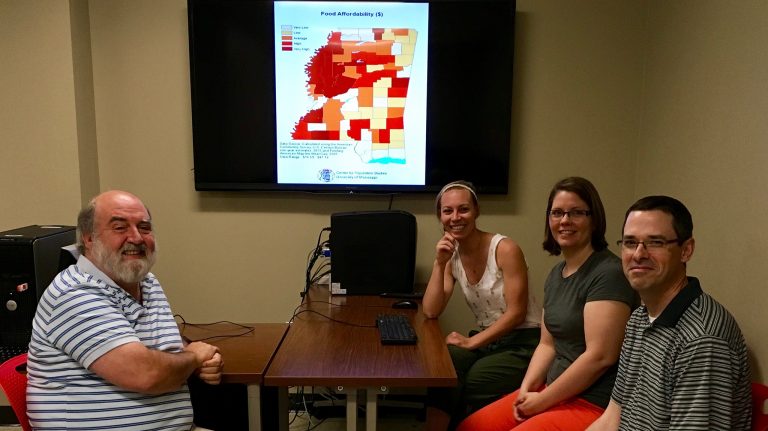 “In this atlas, health and hunger indicators are mapped and used to assess need – such as food security rates, obesity rate, etc. – and performance – including SNAP enrollment and primary care physicians per 100,000 people,” Cafer said. “The economic and demographic data are also mapped to provide additional information on county level context surrounding health and hunger.”

“This visual, spatial analysis helps community stakeholders, policymakers, researchers and other practitioners target their efforts and resources to places most in need,” Green said. “Additionally, each county has a separate page, which provides their exact rates and rankings for each of the variables.”

Efforts to produce the atlas were supported by public agencies such as the Mississippi Department of Human Services and the members of the UM Department of Pharmacy Administration.

“It is through partnerships and collaboration that efforts to reduce hunger and health disparities in Mississippi are possible,” Haggard said. “The atlas is a compilation of hard work from these partners and faculty and students as well as the resources provided by the Center for Population Studies at the University of Mississippi.”

The Mississippi Health and Hunger Atlas is available at https://socanth.olemiss.edu/wp-content/uploads/sites/154/2017/05/Hunger-Atlas-2017.pdf.